Jeff Crouere
|
Posted: Mar 11, 2017 12:01 AM
Share   Tweet
The opinions expressed by columnists are their own and do not necessarily represent the views of Townhall.com. 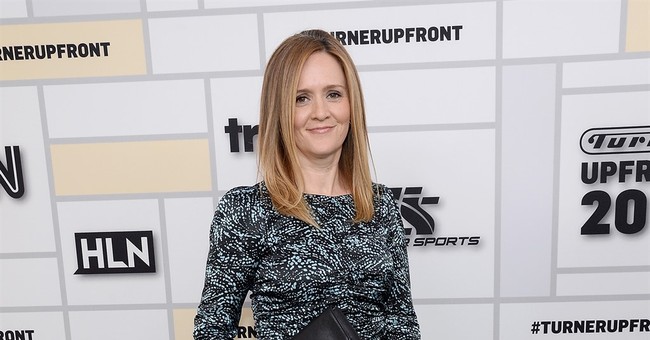 It has been many years since late night television comedy was enjoyable. Its heyday was during the Johnny Carson era when Americans were entertained by a host with tremendous skill. Carson was a true talent who combined great humor with impeccable timing. The Tonight Show featured the best guests and a host who knew how to hold an audience. Carson did not have to stoop to crude humor and he did not alienate Republicans or Democrats, for he made fun of politicians from both parties in equal doses. Johnny Carson was not known as a liberal or a conservative, only the best late night comedy host of all-time.

When Jay Leno replaced Carson there was a tremendous uproar from fans of David Letterman; however, the choice was the right one. Leno provided audiences with good-natured humor and he delivered excellent ratings, winning the battle against Letterman for most of his 22 years on the air. While Letterman turned off many viewers with his liberal slant, Leno was quite similar to Carson, fairly making fun of both Republicans and Democrats.

Today, there are no more late night comics in the mold of Leno or Carson. The entire line-up of current late night comedians is solidly liberal.

In the last month, the new ratings king of late night comedy is Stephen Colbert, who is on a hot streak after non-stop Donald Trump bashing for the past few months. This is bringing in younger viewers, while sacrificing older and more conservative viewers.

The only difference between Colbert and the other liberal hosts such as Jimmy Fallon and Jimmy Kimmel is the intensity of his attacks against Trump. In fact, in a recent segment, Colbert compared Trump to the cannibalistic character from “Silence of the Lambs,” Hannibal Lecter.

Comedians never did this type of outrageous mockery during the Obama years. In fact, most comedians fawned over Barack Obama and gave him an eight-year pass, even though there was plenty of material they could have used. Now that a Republican is in the Oval Office again, it is a comic open season on the presidency.

Unfortunately, comedians are not limiting their vile attacks to Trump. For example, so-called comedian Samantha Bee, host of the TBS show Full Frontal, targeted young attendees of the Conservative Political Action Conference on a recent show. In one segment, her correspondent mocked the “Nazi” haircuts of several of the young men participating in the conference.

The problem for Bee was that one of the victims of her mean-spirited insult was Kyle Coddington, a young man battling stage IV brain cancer. When Coddington’s sister defended her brother online, Bee apologized and made an online donation of $1,000 to an account raising funds for his cancer treatment.

Clearly a small donation and belated apology was the least that Bee could do after such a vicious attack on an unsuspecting and courageous young man. He should have been praised for attending the conference while battling cancer, not ridiculed. While Bee apologized to Coddington, she did not express any regrets for insulting the other young men who were lampooned.

In effect, her show’s reporter called a bunch of young people attending a conservative conference “Nazis.” Their crime was to sport a closely cropped haircut, a style that has also been worn by plenty of liberal celebrities such as actor Brad Pitt and singer Macklemore.

Bee’s “Nazi” comedy is typical of what is constantly offered by untalented leftist comedians. They often use terms such as “Nazi,” or “Fascist” when referring to conservatives and they love comparing Donald Trump to Adolph Hitler or other monsters such as Hannibal Lecter. These insults only drive away millions of Americans who might otherwise watch their programs. Why would any conservative watch a program that is going to incessantly trash their President and their political movement?

It is no surprise that audiences for these late-night comedy shows today is much smaller than it was just five years ago, and less than half the audience size that watched Johnny Carson a generation ago. In Carson’s last year, an average of 6.5 million viewers watched his program nightly, while an average of just 3 million people watch Colbert’s lame show today.

If the late-night hosts continue with this type of “comedy,” they will be preaching to an ever-smaller choir of liberals. Too bad liberals also operate all the other television networks. If one of these networks had any common sense, it would offer counter programming.

How about a conservative on late night television? Unquestionably, such a comedian, or even a fair one like Carson or Leno, would draw great ratings. Sadly, these network executives are more committed to their liberalism than drawing viewers or making money.