Jason Piccolo
|
Posted: Feb 10, 2020 12:01 AM
Share   Tweet
The opinions expressed by columnists are their own and do not necessarily represent the views of Townhall.com. 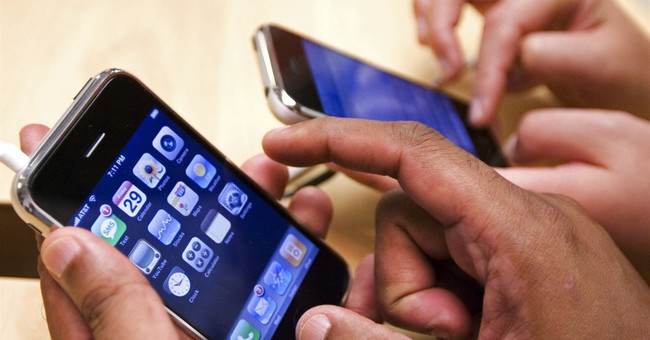 This past weekend the Super Bowl rolled through Miami, bringing traffickers seeking to sell their victims online to sex buyers. The FBI Child Exploitation and Human Trafficking Task Force, working with the Metro-Dade Police Department, arrested three of these alleged sex traffickers during online undercover stings.

These arrests shine a light on sex trafficker’s use of the internet. A report by the non-profit Polaris Project states, “What we do know is that the internet has forever blurred the once bright lines between the social and the commercial and that traffickers have taken notice and adjusted their business models accordingly.”

The FBI provided me with copies of the criminal complaints for the three suspected traffickers. For those not familiar with a criminal complaint, they contain an affidavit with the allegations. The affidavit is sworn to by a law enforcement agent, in these cases, an FBI agent, that detail all the facts and allegations supporting the criminal charges. These complaints contain a bevy of detailed information, including victim interviews, witness statements, and suspect admissions. These specific complaints provide an insider’s snapshot of the domestic trafficking world.

To understand the trafficking world, it is necessary to first look at who the victims are. According to the National Human Trafficking Hotline, “There is no single profile for trafficking victims; trafficking occurs to adults and minors in rural, suburban, or urban communities across the country. Victims of human trafficking have diverse socio-economic backgrounds, varied levels of education, and may be documented or undocumented. Traffickers target victims using tailored methods of recruitment and control they find to be effective in compelling that individual into forced labor or commercial sex.” Essentially, victims can be anyone and anywhere.

I reviewed each complaint to build a picture of how these traffickers operated their criminal enterprise and recruited their victims. A common thread throughout the complaints is that each victim met their trafficker through social media or a private chat app. In one of these cases, the trafficker used his victims to recruit a girl through a shared private messaging app.

Once pulled into the trafficker’s world, the victims are sold to sex buyers through web site message boards, apps, and social media. For instance, the complaint stated the trafficker, “decided to advertise [online] all three women [the victims] for commercial sex.” Before his arrest, the trafficker allegedly intended to bring the girls to the NBA All-Star Weekend and to Mardi Gras to sell them in each location. The trafficker reportedly exploited a victim, a minor, posting over two-hundred and fifty online prostitution advertisements trying to sell her at each place the group traveled. It continues to show traffickers look at their victims as a commodity to sell repeatedly.

Just weeks before the Super Bowl and these arrests, Kara Smith from the non-profit group DeliverFund posted about how traffickers groom their victims; and this rings eerily true throughout these FBI criminal complaints. Smith said, “traffickers use any tools available to them to connect with potential victims, such as social media and video gaming consoles. They search for vulnerable characteristics such as emotional neediness, low self-confidence, and economic stress. Traffickers work to obtain trust through conversations over an extended period of time, sometimes sending their current victims to interact with potential victims. Traffickers force victims into a dependent relationship via gifts, love, friendships, drugs, or alcohol. With their new role in victims’ lives, traffickers work to wedge themselves between victims and their friends and family. Traffickers maintain their control via threats, violence, fear, or blackmail.”

Michael Leverock, a special agent with the FBI in Miami, said, “Unfortunately, human trafficking is not restricted to one area and can happen anywhere and at any time. To effectively combat this global issue, the FBI works closely with numerous local, state, federal, and international law enforcement partners, as well as other non-governmental and non-profit organizations, to combat human trafficking. All 56 of the FBI’s field offices have reported human trafficking incidents, and the FBI combats human trafficking through its 85 Child Exploitation and Human Trafficking Task Forces.” Trafficking is everywhere, not relegated to just the major events such as the Super Bowl but occurs every day throughout all fifty states and just a click away for sex buyers.

Throughout my over twenty years of law enforcement from the southwest border to our Nation’s Capitol, I have seen criminals adapt their methods to the times, in these cases, moving from print to the internet. You can guarantee that traffickers use the internet to sell their victims in every state. Law enforcement, and those that support them, change their methods as well. What are a few steps the public can take? For one, recognize the signs of trafficking. Two, become educated on current and pending legislation. Three, support those fighting sex trafficking.

Dr. Jason Piccolo (@DRJasonPiccolo) is a former Border Patrol agent, ICE special agent, and DHS supervisor. He is a former U.S. Army Captain (Operation Iraqi Freedom) and author of the recently released book Out of the Shadows: A Government Whistleblower’s Firsthand Account of How the Protection Of Migrant Children Became A Political Firestorm.