Prepare To Be Spied On!

Jason Hanson
|
Posted: Jul 10, 2017 12:01 AM
Share   Tweet
The opinions expressed by columnists are their own and do not necessarily represent the views of Townhall.com. 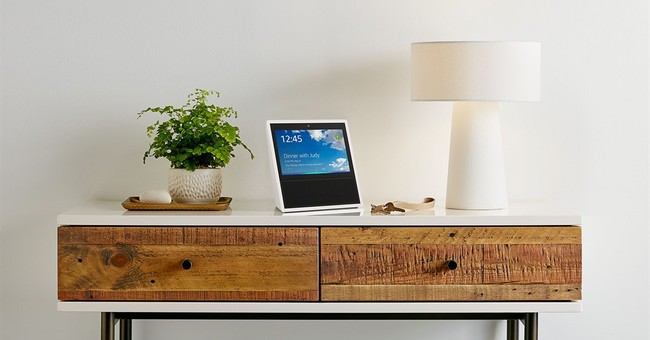 It's no secret today that digital spying has become a norm among nations. Russia has been accused of tampering with our elections, China is accused of currency manipulation, and many whistleblowers have shown that our own nation is spying on our allies. It's accepted as a normal business practice amongst governments today. Every country spies on others and accepts that others are spying on them.

It can seem like, as an average American, we're far removed from the risks of international espionage. However, it may be time to start taking your digital privacy seriously.

In a recent comment on my blog, a reader named Karen asked this question:

“I had a Dr appt recently. While talking to my Dr I told him about a procedure a prior Dr had used. Not for the same issue I was visiting him for. I haven’t seen the prior Dr for years. I haven’t looked him up or researched him, etc. and yet after the visit this prior Drs name popped up on FB as a friend suggestion. Is this just to [sic] much of a coincidence? Should my phone stay in my car during Dr visits or meetings?”

I responded to Karen that my best guess would be that it is simply a coincidence in this case, but that the technology DOES exist.

While this information may be concerning, it's only the beginning.  For now these technologies are somewhat restricted to nations and organizations, but it won't stay that way for long.  As technology continues to progress and become more available, it won't be long until some 14-year-old kid has made a similar device in his basement.

Our growing reliance on this technology is putting us all at risk!

Everyday technology becomes a more and more critical part of our daily lives.  We use Facebook to talk to friends, VOIP (Voice Over Internet Provider) to hold business meetings, and purchase dinner with our credit cards online.  Our phones are almost never more than an arm's reach from us.

And all of this information can be hacked!

Even if you are protecting yourself with best practices, these secret technologies may still have you out gunned.

It can be very easy to think that your information isn't that valuable; that you have nothing to hide.

Consider this: Sextortion has become prevalent enough that laws are being proposed by Congress to combat its rampant growth.  If the word sextortion is throwing you for a loop, don't be ashamed.  It's a new term used by government agencies that means blackmailing people, particularly young girls, into providing sexual acts or images.

Criminals are also searching social media posts to plan home invasions.  You may be protecting your social media accounts because they're not public, but are you still using standard email to plan vacations?

The risk is truly immeasurable.  As more and more people get access to your personal information, the risks compound exponentially.

It's time to take action

Whether it's your trip to the doctor's office or making purchases online, there are a variety of ways that you can protect yourself.

Start by removing the technology.  While this isn't feasible in every situation, you can make sure that your computers and phones are left out of the room during important conversations.  Cameras on phones and computers should be covered up in bedrooms and other private places.  Hacking computer cameras is one way these criminals are getting naked images of the girls being blackmailed for more explicit images.

Use secure Internet over HTTPS whenever possible.  For even more secure browsing, consider using the TOR Browser.  TOR secures your communications with layers of encryption.  But it does come with a trade off of slower connections.

Finally, keep a very close eye on what you put on the Internet.  There are many steps you can take to go further with your security.  However, these steps should make you far less of a target.

Former CIA Officer, Jason Hanson, is the Founder and CEO of Spy Escape & Evasion. Jason's Mission: To teach men and women how to be safe using, "Spy Secrets" that 99% of Americans will never know. Jason won a deal on ABC's Shark Tank, is a New York Times Bestselling Author of "Spy Secrets That Can Save Your Life," has appeared on The NBC Today Show, Dateline, Rachel Ray, Fox & Friends and more. Jason has been interviewed by Forbes, NPR, The Huffington Post and others. Jason is also a highly sought-after Keynote Speaker for conventions and corporate events. To visit Jason’s site, click here.

Share this on Facebook
Tweet
Here's the Interesting Tidbit About All Those Doctors Who Called Joe Rogan a Menace to Public Health
Matt Vespa
Walensky Says She Will Improve Messaging Surrounding COVID-19
Madeline Leesman
Gen. Mark Milley Tests Positive for COVID-19
Madeline Leesman
Damn Everyone to Hell: Here's An MSNBC Rant For the Ages
Matt Vespa
There's Another Looting Crisis in LA Being Ignored by Democrats
Spencer Brown
'Joe Biden Has Failed': MSNBC Acknowledges How Biden Has Broken One of His Promises
Leah Barkoukis