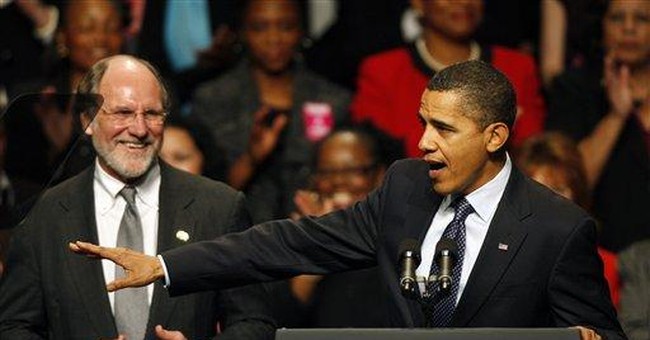 The Democrats are supposedly all about women’s rights, but strangely, they are ignoring women when it comes to ObamaCare. Women were not just excluded from the planning; their ideas and opinions weren’t even considered in the crafting or the content of the legislation. Now Democratic legislators are ramming ObamaCare through the legislative process in total disregard for what all the polls show that women want.

Women have earned the right to have their opinions heard and respected. Yet, the advocates of ObamaCare on Capitol Hill arrogantly and patronizingly speak for women — as though women aren’t able to speak for themselves. The leftist legislators are out-of-step with mainstream women; indeed, the Democrats who claim to be committed to “women’s rights” turn out to be the worst sort of misogynists. Those legislators who are so loud in their endorsement of so-called “women’s rights” are so blind to reality that they shockingly ignore their female constituents’ opinions and input in legislative decision-making.

A just-released poll commissioned by the Independent Women’s Forum is very revealing. The findings can be boiled down to six easy points. For America’s women:

1. ObamaCare is not a top priority: The poll reveals that less than 20 percent (only 16 percent) of women believe that health care should be Congress’ top priority. That means most women don’t think there is a pressing need for ObamaCare — plainly, it is not the most important issue on women’s agendas.

3. ObamaCare should not be rushed through: Most women think that rushing legislation through Congress will result in “poorly-crafted health care legislation.” A majority (67 percent) believe that it is more important for Congress to get reforms “right” than to get them “done fast.”

4. ObamaCare costs too much: Nearly half of all women (45 percent) see the current price estimates for ObamaCare as exorbitantly expensive and “too much to spend over the next decade.” Women are concerned about the mountain of debt that will burden their children and grandchildren. The latest Congressional Budget Office (CBO) estimates — just out — are for a cost of $1.2 trillion for the first decade, and everybody knows a government project will likely double the estimated costs at the very least.

The facts are clear: women overwhelmingly reject a government-run health care system — 64 percent want their own private health insurance, and 57 percent reject the idea that a federal program would be better for them or their families. More than half of American women would not want to trade in their current plan, and they reject what they know about the current plans for change — including, and this is really noteworthy, self-identified Democrats, liberals and Independents.

Women have notoriously long memories, and they are overwhelmingly against those candidates who are ramming through health care reform legislation that the public rejects. Those who are pushing ObamaCare so forcefully onto the public would be wise to listen to the majority of female voters before it is too late.