Jacob Sullum
|
Posted: Feb 01, 2017 12:01 AM
Share   Tweet
The opinions expressed by columnists are their own and do not necessarily represent the views of Townhall.com. 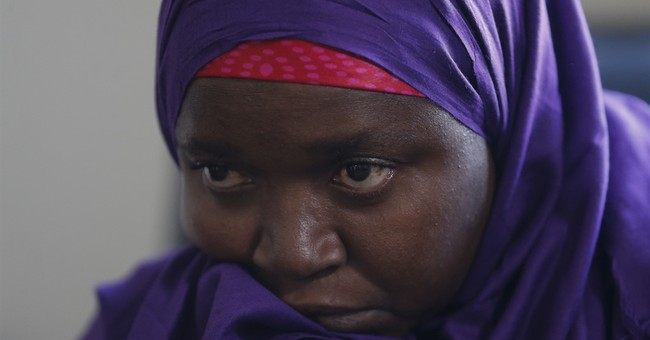 Trending
Give Donald Trump credit where it's due: He promised an irrational crackdown on immigrants, and he delivered it the first week of his administration.

Trump began his presidential campaign with a speech in which he described most Mexican immigrants as rapists, drug dealers, and other criminals, adding that "some, I assume, are good people." During his campaign, he repeatedly said that as president he would deport all 11 million people who live in the United States without the government's permission.

Last August, Trump signaled what he described as a "softening" of that position. "We are not looking to hurt people," he told Sean Hannity on Fox News. "We have some great people in this country."

Trump suggested he was open to legalizing unauthorized immigrants, a policy supported by most Americans. If they "pay back taxes," he said, he would be willing to "work with them," although there would be "no citizenship" and "no amnesty as such."

Less than a week after he was elected president, Trump again indicated he did not plan to carry out the sort of mass deportation he had advocated during the campaign. "After the border is secured and after everything gets normalized," he told Lesley Stahl on 60 Minutes, "we're going to make a determination on the people that you're talking about, who are terrific people."

An executive order that Trump signed last week contradicts these assurances. The order instructs the Department of Homeland Security to "prioritize for removal" not only unauthorized residents who "have been convicted of any criminal offense" (including misdemeanors and nonviolent drug offenses) but also those who "have committed acts that constitute a chargeable criminal offense" (meaning a conviction is not required) and those who "have engaged in fraud or willful misrepresentation in connection with any official matter or application before a governmental agency."

That last category includes anyone who has falsely claimed to be a legal resident on an official form or used a fake Social Security number to obtain a job. For good measure, the order also approves removal of anyone else whom an immigration officer deems "a risk to public safety or national security."

The order thus lays the ground for ejecting virtually all illegal residents, regardless of how long they have lived in the United States, how peaceful and productive they have been or how much they have paid in taxes. Trump seems bent on deporting millions of "terrific people."

Another immigration-related executive order that Trump signed last week suspended admission of all refugees for 120 days, blocked Syrian refugees indefinitely, cut this year's refugee cap in half, and banned travelers with passports from any of seven Muslim-majority countries for 90 days. It fell short of Trump's 2015 recommendation urging "a total and complete shutdown of Muslims entering the United States until our country's representatives can figure out what is going on."

But what the order lacked in scope, it made up for in casual cruelty, arbitrarily disrupting and endangering thousands of lives. It separated parents from children, kept students from returning to school, put the kibosh to new jobs, stopped patients from obtaining treatment, and blocked war refugees from settling in the United States. It even prevented legal permanent residents from returning to their homes, until the Trump administration reversed that part of the policy.

The official justification for Trump's half-baked order -- protecting Americans from terrorists -- is hard to take seriously. Refugees and green-card holders are already subject to extensive screening, refugees very rarely carry out terrorist attacks in the United States, and since 2001, no American has been killed in the U.S. by a terrorist from any of the seven countries covered by Trump's order.

As in the speech that launched his presidential bid, Trump is scapegoating people based on their national origin, and, implicitly, their religion. Given the weakness of the security rationale for his order, it has to be understood in symbolic terms, and the symbolism is not pretty.