Jackie Gingrich Cushman
|
Posted: Nov 14, 2019 8:10 PM
Share   Tweet
The opinions expressed by columnists are their own and do not necessarily represent the views of Townhall.com. 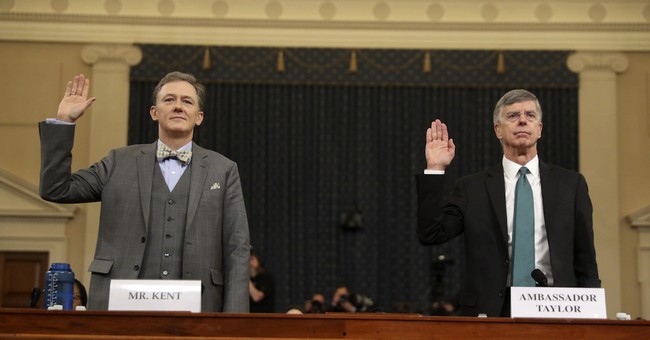 With the public phase of the House of Representatives' impeachment hearings beginning this week, the national drama meter is going to accelerate exponentially.

Unfortunately, the current news structure (more opinion than news), combined with social media and the fact that few people have friends on the other side of the aisle, will lead to a rapid escalation of emotion and ranting.

It's easy to get caught up in the emotion, drama and outrage of a national political drama, but I urge you to watch it with a different perspective. Politics is part theatre, but that does not mean you have to be drawn into it on a consistent basis. How should we approach this if we are a resilient country?

According to Dr. Robert Brooks and Dr. Sam Goldstein in "Raising Resilient Children," the markers of resilience are "optimism, ownership and a sense of control." This is exactly opposite of what many people feel today about our political environment. We often feel depressed and shut out, as though we are spinning out of control.

Perhaps it would help to take a step back to get a broader view. The U.S. Constitution laid out the process for impeachment.

Article 2, Section 4 declares, "The President, Vice President and all Civil Officers of the United States, shall be removed from Office on Impeachment for, and Conviction of, Treason, Bribery, or other high Crimes and Misdemeanors." The Constitution offers no clear definition of "high crimes and misdemeanors."

We have been through this twice before. Presidents Andrew Johnson and Bill Clinton were impeached by the House of Representatives. Both presidents survived the Senate trial and stayed in office. Yes, there was turmoil in the political structure of the country, but we survived.

In the Clinton impeachment, the House voted in favor of proceeding with the process on Oct. 8, 1998, with a vote of 258 to 176. Those who voted in favor included 31 Democrats and 227 Republicans.

Last month, on Halloween, the House voted on the procedures to move forward on impeachment against President Donald Trump. The voted ended with 232 approving and 196 against. Unlike the 1998 vote, no member of the minority party voted in favor. It passed with only Democratic votes. All Republicans voted against the passage, with two Democrats joining them.

This time is much more partisan.

For Clinton, the Senate trial began Jan. 7 and was completed on Feb. 12 with a vote. The result? All 45 Democratic senators voted against both articles. But the bar to remove a president from power is high: Two-thirds of the Senate must vote in favor of removal.

For many people, the impeachment proceedings that began this week are the first in their lifetimes. With the addition of constant opinionated news coverage and vitriolic posts on social media, the result can be toxic.

A characteristic of children who can weather life's storms, according to Brooks and Goldstein, is the "ability to be resilient and to meet life's challenges with thoughtfulness, confidence, purpose and empathy."

As the impeachment process begins to saturate the nation's airwaves, let's remember that we, too, should attempt to approach this national challenge with thoughtfulness, confidence, purpose and empathy.

We should believe that our country is equipped to handle the process, and we should focus on what we can control in our daily lives. Watch the national drama with an inquisitive mind. Be curious about the news coverage, and then read the transcripts yourself. While we might be embroiled in political theatre, we don't have to participate in it.

Engaging respectfully and happily might not win anyone over to your side. But it will win the respect and admiration of your opponents -- quite an achievement in today's politically partisan environment.