You've Got Me, Babe 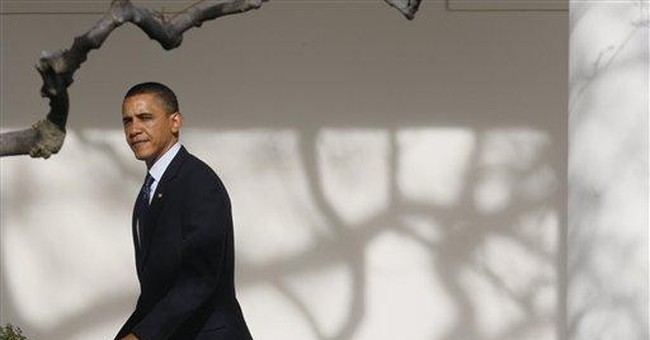 "Well, the big difference here and in '94 was you've got me," was President Obama's response to possible problems in the upcoming midterm elections, according to Rep. Marion Berry. The Arkansas Democrat was recalling Obama's remarks in an election strategy meeting to Jane Fullerton of the Arkansas-Democrat Gazette.

Obama's "you've got me" is reminiscent of the song "I Got You Babe."

Sung by Sonny and Cher as a duet during their 1970s television program "The Sonny and Cher Show," the lyrics of "I Got You Babe" declared that nothing else mattered since the unlikely couple had each other. Ironically, Sonny and Cher continued to sing the duet after they divorced in 1975.

My memories of the show include a scantily clad, towering Cher, juxtaposed against a funny, mustached, short Sonny. Sitting cross-legged in our family's den, I would watch the show and sing along with the lyrics, sure in my belief that love was all it took to make life work.

Though it's been a long time since then, the song's lyrics still resonate -- describing aptly where were are today.

"They say our love won't pay the rent, before it's earned, our money's all been spent."

With a 1.8 trillion dollar deficit in Obama's 2009 budget, it resonates a bit too close to home.

Can't you just see all the Democratic candidates lining up, arms around each other, serenading Obama with: "I've got you babe ... Cause I don't care, with you I can't go wrong?"

Obama would respond with, "Then put your little hand in mine, there ain't no hill or mountain we can't climb."

This imaginary scene is clearly outlandish, but provides a vivid reminder that personality in politics might be important, but in the end, politics is about more than personality -- it's about policy.

We need to more than love our leaders, we need to believe that their policies are in the best interest of our nation.

The ongoing reflex to let personality drive policy has been the de facto modus operandi of the Obama operation. "I don't think that there's been a president since Kennedy whose ability to move issues and people through speech has been comparable," said David Axelrod, Obama's chief political adviser.

The combination of Obama's rapid ascent in politics and the mass appeal of his candidacy might have led him to believe all the marketing messages released from his organization and all the praise heaped upon him by many in the news media.

With more than 80,000 people packed into Invesco Field for his acceptance speech at the 2008 Democratic National Convention, all standing and cheering, and more than 20 million other people watching from home, it must have been hard for the junior senator from Illinois to maintain humility.

As time went on, it didn't get any easier. At his inauguration, 1.8 million people attended his address and lined the parade route, The Washington Post estimated.

This could have led Obama to believe that it's "all about me." It's easy when the crowds and the press provide worship and adulation, but it gets harder when those same people begin to ask questions and press for answers.

It's like going from a steam room to a plunge into cold water -- shocking, to say the least.

Possibly, what we are beginning to see is Obama's "hidden side: his imperious, mercurial, self-righteous and sometimes prickly nature," as David Mendell described it in his 2007 book, "Obama: From Promise to Power." Mendell is a former Chicago Tribune reporter who has covered Obama since his days in the Illinois State Senate.

On Monday, when ABC News White House Correspondent Yunji de Nies asked Robert Gibbs about Obama's "you've got me" statement, the White House press secretary responded: "I have not talked to the president about that. ...I hope it's not newsworthy to think that the president hopes and expects to be an effective campaigner in the midterm elections."

In the end, we might not ever find out whether Obama made the statement, "You've got me." It does not matter.

What does matter? Do the voters believe he could have said it, or can they imagine him singing it?