Humberto Fontova
|
Posted: Dec 17, 2016 12:01 AM
Share   Tweet
The opinions expressed by columnists are their own and do not necessarily represent the views of Townhall.com. 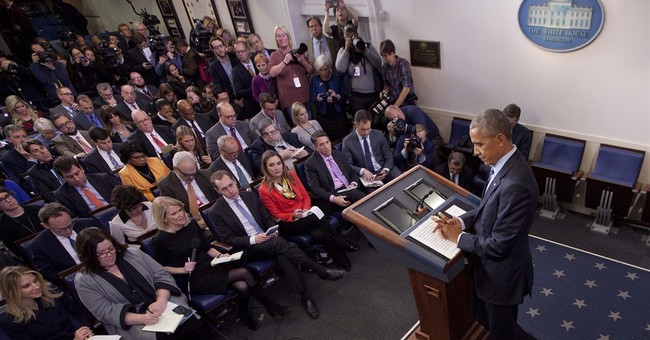 “Much more valuable than rural recruits for our Cuban guerrilla force were American media recruits to export our propaganda.”Ernesto “Che” Guevara.

“The vetting procedure starts the minute the (Cuban) regime receives your visa application. When your smiling Cuban ‘guides’ greet you at the airport they know plenty about you, and from several angles.”Chris Simmons, the Defense Intelligence Agency’s top Cuban spycatcher, now retired

“The Castro regime assigns 20 security agents to follow and monitor every foreign journalist. You play the regime’s game and practice self–censorship or you’re gone.”Vicente Botin, reporter for Madrid’s El Pais who was booted from Cuba for taking his job title seriously.

Entire books have been dedicated to thoroughly documenting the mainstream media’s long, lucrative and gleeful partnership with the Castro regime’s KGB-trained propaganda apparatchiks in spreading (genuine) fake news. Given current bandwith constraints, let’s limit ourselves to a couple of the most outrageous examples:

Perfectly true. But let’s see if some trifling items regarding this favorite NBC (and CNN ) guest’s backgrounds  just might tinge their commentary, just might make a judicious person suspect her of disseminating “fake news,” shall we:

For the past 38 years Havana resident Gail Reed has been married to an officer of Cuba’s Directorio General de Intelligencia (spy service) named Julian Torres Rizo. This KGB-trained apparatchik recruited Reed back in 1969 when she visited Cuba as a member of the (DGI-created) Venceremos Brigades of “starry-eyed” U.S. college kids. Obama’s future “neighbors” Bill Ayers and Bernadine Dohrn, by the way, served as recruiters for these Venceremos Brigades. This was an important function as leaders of the terrorist group Weather Underground.

“Your society must be destroyed!” the KGB-trained Rizo coached his eager hippie recruits in Cuba. “It is now your duty to help destroy your society!” Reed was so enchanted with Stalinist, terror-sponsoring Cuba that she moved there and became a top writer for Cuba’s Communist party press (the same one, by the way, that frequently bashes your humble servant as a “SCOUNDREL!” and a “TRAITOR!”

Not that any American viewers imbibing her reports on the marvels of Cuba’s healthcare and the wickedness of the U.S. “Blockade” of her adopted country in those “mainstream” media organs might have guessed any of Gail Reed’s background. For such illuminating disclosures it greatly helps to consult a “SCOUNDREL!” and “TRAITOR!”

Everything above thoroughly documented here.

“Only minutes after my arrival at the Hotel Riviera in Havana, I was told to be in his (Fidel Castro’s) office within 15 minutes,” wrote Barbara Walters about her first interview with Fidel Castro in May 1977. “There I found a very courtly, somewhat portly Fidel Castro. He apologized for mak­ing me wait for two years and said that now he wanted to cooperate. Castro suggested that he personally escort us on a visit to other parts of the country, and he gave me the choice of places. I selected the Bay of Pigs and the Sierra Maestra mountains….

“On Wednesday, Castro himself came to our hotel to pick us up…Then, driving a Russian-made jeep, he took us to the Bay of Pigs, where we boarded an armed patrol boat. We thus became, according to Castro, the first Americans to cross the Bay of Pigs since the U.S.-supported invasion there in 1961.”

Barbara Walters’ crossing of the Bay of Pigs was probably more than a historical sight-seeing junket. On the other side and near the mouth of the bay sits Castro’s personal island-resort Cayo Piedra, that houses his luxurious get-away chateau. According to defectors, when younger, Fidel Castro often repaired to this remote but luxurious villa for spearfishing among other recreational pursuits.

Juan Reynaldo Sanchez, a Lieut. Colonel in Cuba’s Armed Forces who spent 17 years as Fidel Castro’s bodyguard/valet had just been promoted to the position when Barbara Walters visited Cuba for her first interview with the Stalinist dictator in May 1977. Sanchez defected to the U.S. in 2008 and explained to this writer how he was part of the Castroite entourage that accompanied Ms Walters and Fidel to the latter’s island chateau. Ms Walters does mention that:

“We stopped at a little island for a picnic lunch of grilled fish and pineapple. During which Castro swapped fish stories with the ABC crew. It was here that we taped our first but brief and candid interview with him.”2

And speaking of candidness, when in her book “Audition” Barbara Walters confessed to an adulterous affair with Massachusetts Senator Edward Brooke, Oprah Winfrey asked if she had been in love at the time.

"I was certainly involved," Walters says. "He was brilliant. He was exciting!”

“His personal magnetism is powerful. His presence is still commanding!" panted Barbara Walters about Fidel Castro during her 2002 interview with the hemisphere’s top torturer of women.

Argentinian journalist Juan Gasparini in his Spanish language book Mujeres de Dictadores (Women of Dictators) writes that, “It is widely supposed that Fidel Castro had several amorous adventures with the North American reporter Barbara Walters who twice visited Cuba to interview him.  It is said that she later visited Cuba more discretely for private visits.”