Fossil Fuels Have, and Should Continue to Benefit Humanity

H. Sterling Burnett
|
Posted: Jan 09, 2019 12:01 AM
Share   Tweet
The opinions expressed by columnists are their own and do not necessarily represent the views of Townhall.com. 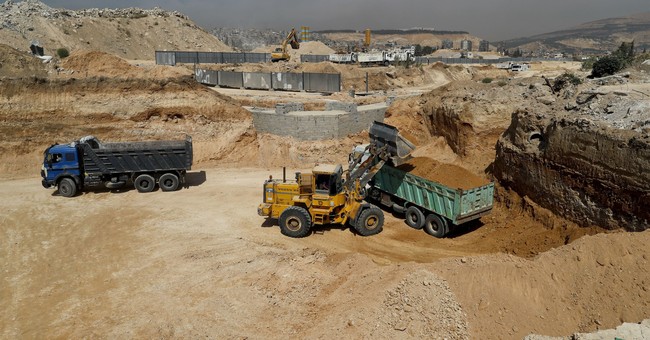 Contrary to assertions made in the Intergovernmental Panel on Climate Change’s (IPCC) most recent report, it’s time to praise and expand the use of fossil fuels, not restrict them.

The IPCC claims the world must cut greenhouse gas emissions 50 percent below 2010 levels by 2030 and to net zero by 2050 to avert climate disaster. However, such a wrenching energy transformation is unrealistic, undesirable in the extreme, and, thankfully, unnecessary.

Historically, there is no correlation between the amount of carbon dioxide in the atmosphere and the earth’s temperature. And NIPCC shows that claims of increasingly extreme weather related to anthropogenic climate change are verifiably false. Neither the amount or duration of extreme rainfall or drought events, nor the rate or amount of sea level rise, nor the number or power of hurricanes, have demonstrably increased due to climate change over the past half century.

More importantly, the fifth and newest NIPCC report, “Climate Change Reconsidered II: Fossil Fuels” (CCRIIFF), shows the harm that would result from rapidly ending the use of fossil fuels as IPCC proposes vastly exceeds any speculative harm that might occur from climate change itself.

“There is a strong positive relationship between low energy prices and economic prosperity,” the report states, continuing, “Economic prosperity in turn is crucial to human health and welfare.”

Fossil fuels are the foundation of modern agriculture. Fossil fuels power the tractors and trucks used to plant and harvest crops and deliver them to market; they serve as the feed stock for the chemical pesticides and fertilizers used to grow ever greater amounts of food on increasingly less land; and they power the refrigeration and dry storage units that allow crops to be safely stored for long periods of time without spoiling. In short, fossil fuels make it possible for farmers to feed the planet’s growing population, while allowing nature to reclaim former fields for wildlife habitat.

Fossil fuels are also the bedrock of modern medicine, which has reduced infant mortality and increased lifespans. Contemporary health care depends on sterile plastics made from fossil fuels, including: IV drip bags and tubing, medical machinery, electronics casings, and syringes.

“According to the U.S. Census Bureau (2016), the world average age of death has increased by 35 years since 1970, with declines in death rates in all age groups, including those aged 60 and older,” the CCRIIFF notes, continuing, “Using the official $1/day line [the United Nations’ definition of poverty], we estimate that world poverty rates have fallen by 80 percent [from] 1970 to … 2006,” the report states. “The corresponding total number of poor has fallen from 403 million in 1970 to 152 million in 2006.”

CCRIIFF concludes that IPCC’s deranged demand to cut fossil fuel use to zero by 2050 would reverse two centuries of human progress. The report estimates reducing greenhouse gases to 90 percent below 1990 levels by 2050, a target 10 percentage points less severe than IPCC calls for, would reduce the world’s GDP by 96 percent. In essence, IPCC’s outrageous plan would cause per capita global income to plummet to the level it was in the United States and Western Europe in about 1820 or 1830.

Because the evidence of climate risk from fossil fuel use is tenuous at best, and the benefits from continuing to use fossil fuels are clearly evident, it would be a crime against humanity for governments to force people to drastically reduce their use of fossil fuels. To borrow a phrase from the English philosopher Thomas Hobbes, life without fossil fuels is, “… poor, nasty, brutish, and short.”

Let’s keep drilling, mining, and utilizing affordable and reliable fossil fuel energy sources so that everyone now, and in the future, can live longer, healthier, more fulfilling lives.