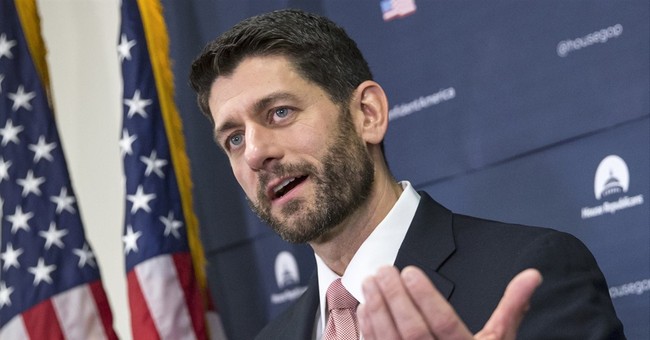 With the passage of the 2015 budget deal, the Republican leadership has filled Americans’ Christmas stockings with huge piles of coal. I’m not sure who is naughtier: Republicans for passing this pork-filled, harmful bill, or the American people who elected them.

Republicans have once again snatched defeat from the jaws of victory. Despite controlling both the House and the Senate, the “party of limited government and fiscal responsibility” is once again greatly expanding the government’s control over sectors of the economy and has foisted deficit-bloating programs on current and future generations.

Republicans vowed not to fund the Obama administration’s discretionary climate programs, including the president’s pledged support for the Green Climate Fund (GCF), the United Nations’ slush fund for bribing corrupt leaders in developing countries into accepting restrictions on their countries’ economic development. In 2014, Obama pledged to provide $3 billion to GCF by 2020, requesting Congress appropriate $500 million for it in 2016. While the final budget bill doesn’t explicitly appropriate funding for Obama’s GCF commitment, neither does it block such funding. The bill gives Obama $170.7 million for a “Clean Technology Fund” and $50 million more for a “Strategic Climate Fund,” and it allows Obama to move this funding to GFC if he so chooses.

The Republican leadership is touting the end of the decades-old ban on crude oil exports, which is also included in the budget deal, as a major victory, but this “victory” is really much ado about nothing.

While I agree the oil export ban should be lifted, Republicans shouldn’t have fallen victim to Democrats’ extortion tactics. In exchange for allowing the export ban to be lifted, the Republican leadership resurrected the massive energy-market-distorting, budget-busting subsidies and tax credits for the unreliable wind and solar power industries.

Republicans fought to end these subsidies for years, and now, barely a year after victoriously allowing them to lapse, Republicans are making a Faustian bargain to bring them back for five years – rather than the single year that has been the norm recently.

Why are Republicans choosing to negotiate from a position of weakness? The harms from reinstituting wind and solar tax credits and subsidies are likely to far exceed any benefits from lifting the oil export ban. Rather than giving in to Democrats’ renewable-energy demands, the Republican leadership should have threatened to ax or reduce funding for current programs Democrats and Obama support, such as Obamacare subsidies or tax credits for energy efficiency upgrades. That’s how you negotiate from a position of strength.

The Republican Party, supposedly “the party of low taxes,” also foolishly agreed to reinstitute the tax to fund the Land and Water Conservation Fund (LWCF). LWCF has more than $20 billion in its accounts. Even if one believes it is constitutional and desirable for the federal government to add to the federal estate – it already owns almost 30 percent of the nation – there is sufficient money in the account for it to buy land for the next 20 to 100 years, based on the level of Congress’s annual appropriations, without adding a single new dime of funding.

With a backlog of more than $20 billion in deferred maintenance and billions more necessary for annual upkeep, Congress should have taken the time to reform LWCF by allowing some of the money from the fund to be used to take care of the lands the federal government already owns but mismanages. If the federal government can’t adequately maintain the more than 600 million acres it already owns, it shouldn’t be buying more land. Reinstituting LWCF without significant reform is just another example of the irresponsible actions we’ve seen from the Republican leadership over the past decade.

I'm disgusted by the lack of backbone the Republican leadership has displayed. It is this kind of harmful horse-trading that has nearly split the caucus and has led to the current high levels of distrust most Americans now have for Congress.