The Presbyterian Church and the Boycott of Israel 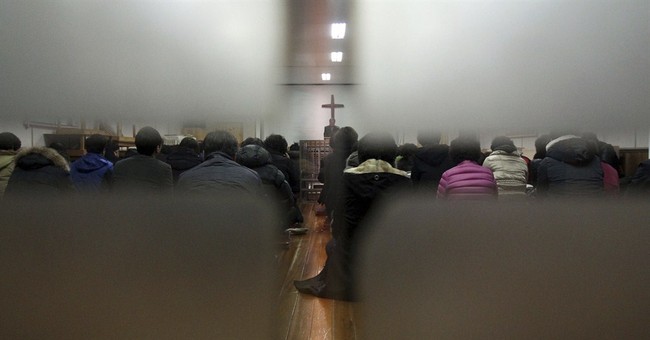 There’s a radical form of liberal secularism taking root in both Christian and Jewish religions that seems more interested in fashionable left-wing bromides than religious doctrine. This new holistic faith is one where paeans to “same sex marriage,” “abortion rights” and “equality” have been substituted for biblical truths, traditional values -- or even common sense.

This particular strain of liberal secularism was most recently on display when the governing board for America’s 2.8 million Presbyterians narrowly voted to punish Israel with a boycott over its purported “occupation” of “Palestinian territory.”

The vote officially put one of America’s largest Protestant denominations squarely in the camp of a highly organized, sophisticated movement that has been generously funded by a viper’s nest of pro-Palestinian groups.

The so-called “Boycott, Divestiture and Sanctions” movement, or “BDS,” has already gained significant traction on American college campuses but, as Al Jazeera gleefully noted, the decision by the Presbyterian General Assembly was “a vote heard halfway around the world in Israel.”

Alas, the Presbyterians’ action will reinforce and energize BDS advocates around the globe who are intent on demonizing -- and ultimately, delegitimizing -- the state of Israel through a worldwide boycott of its financial institutions, industries and universities.

The Presbyterian General Assembly is sadly just the latest in a growing line of public institutions and universities to fall prey to the BDS advocates’ campaign of mistruths and slurs.

Tossing around mindless epithets like “racist” and “apartheid,” organizers of the BDS movement have mixed up a noxious brew of false argument using insults as a tactic and dissimulations as a strategy. Yet across the globe, and particularly on university campuses, their noxious rhetoric has gained ground.

Whether because so many are uninformed about Israel’s policies or perhaps due to anti-Semitism, the BDS movement has once again proven the truth of a quote variously attributed to Lenin, Josef Goebbels and Mao: “a lie repeated a hundred times becomes the truth.”

In fact, of course, the BDS proponents’ claims are fraudulent.

Clearly Israel is not perfect; no country is. Nevertheless, Israel remains the only democratic, free and open society in the Middle East; the only nation where Arab women can be educated and prosper; and the only place in the Middle East whose economy thrives because of the ingenuity of its people.

In Israel, Arab and Jew live and work side by side -- the only place in the Middle East where they can do so. Indeed, Arabs constitute fully 20 percent of the Israeli population. All enjoy individual rights under the rule of law.

The West Bank of Judea and Samaria were areas conquered in war and, despite the fictional retelling of the history in this region, Arabs in 1948 were told to leave when the war unfolded. Claims to this slice of land are disputable, but not dispositive.

Yet the campaign to boycott Israel continues apace, with the razor-thin decision of the Presbyterian General Assembly representing the most recent beachhead.

The decision, however, is not irrevocable. Faithful Presbyterians here in the United States and abroad should make their voices heard to demand that the matter be reconsidered.

The Bible, in John 8:32, teaches us that “the truth shall set you free.” Unfortunately, in the new secular liberalism, the Bible and its teachings don’t seem to count for much.