When it Comes to Public Education, What's Normal is Criminal 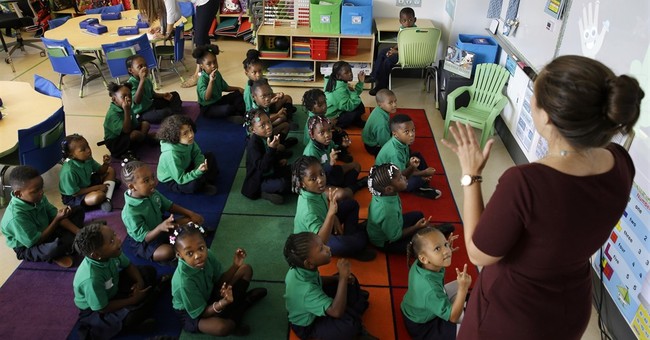 While most of the country is paying attention to the 2016 presidential election, some local communities will have to make a few consequential decisions this coming November. One such community is Jefferson County, Colorado, home to a little over a half million people. A November ballot issue is to recall three conservative school board members half way through their four-year term.

The Jeffco public school district provides K-12 education to 84,000 students. Even though Jeffco is tied for the 2nd best high school graduation rate among the 50 largest school districts in the nation, 29% of Jeffco graduates who attended colleges and universities in Colorado were not college-ready and had to take remedial courses. In 2013, 57 percent of Jeffco tenth-graders were not proficient in math. Yet, buried in the 120-page teacher's union contract was an obscure clause that if two teachers with the same tenure applied for a job opening at the school district, the hiring manager must disregard either teacher's past performance. The decision on whom to hire should be decided solely based on a flip of a coin.

To say that Jeffco school district needs improvement is an understatement.

Two years ago, Jeffco residents voted in three conservative members to the school board: Ken Witt, John Newkirk, and Julie Williams. These three board members campaigned on promises such as improving student achievement and fiscal responsibility. During their two years on the job, they made some notable achievements including passing a pay for performance plan and equalizing funding for public charter school students. Rather than working with the new school board to implement changes that were better for students, the education establishment and its allies have been a destructive force, working against the new school board as soon as they were elected. School board meetings became a chaotic political ideological battlegrounds. Eventually, they put recalling these three new school board members on the November ballot. Even the liberal Denver Post editorial stated that the recall should be "rejected," after the Post fact-checked the three main indictments against the three board members and none turned out to be true.

What's on the ballot is just a cover up of the true reason behind the recall: the teacher's union and its allies' rejection of the pay for performance plan which was approved by the new school board in September 2014. Although the Jeffco school board recall is a local event, it has national implications. It begs to ask the questions: who is in charge of education in America? Why is education such a contentious issue in America?

The answer to both questions is the same: teachers’ unions. There is not another country in the world who has spent the kind of money we spent on education with the kind of poor results we have received in return. I don't have to cite any more statistics. Just stop by your neighborhood grocery store and see what happens when the register machine is broken and the young cashier can't do simple arithmetic to figure out how much your change should be. Have you ever wondered why we have a high youth unemployment rate yet businesses face a persistent skilled labor shortage?

It is all because teachers’ unions are in charge of our education. The whole bureaucracy is set up to benefit teachers' union at the expense of students and future of our nation. Teachers’ unions are all about power and control, not about education. Therefore, they oppose anything that may challenge their status quo whether new standards, pay for performance, accountability or competition. Their rejection of any meaningful education reform is perpetuating the sad outcome of public K-12 educations and condemning the most vulnerable children to life-long poverty.

Nicholas Simmons, a Charter school teacher, recently wrote in the Wall Street Journal, that he "worked in the same building as the Wadleigh Secondary School, at which 0% of students in grades six through eight met state standards in math or English.” Two floors above Wadleigh in the same building, at the Success Academy West where Mr. Simmons teaches, 96% of the students were proficient in math and 75% in reading and writing. Students profiles of both schools are very similar, according to Mr. Simmons, “At both schools, more than 95% of students are black or Hispanic.” Yet , the New York teachers' union withheld their endorsement of Andrew Cuomo's 2014 re-election bid after he made it easier for charter schools to use empty space in public school buildings. As the most powerful constituency for the Democratic Party, the teachers unions never hesitate to punish any candidate who dare to support school choice and challenge their status quo, whether in New York City or in Jefferson County, Colorado.

From the day after the election of the new school board, the teachers' union has been intent on causing mischief in Jefferson county. Videos of school board meetings show union supporters shouting down parents supportive of the new school board. Teachers union led students walkouts, purportedly to protest a curriculum review, but in fact just to embarrass the school board. Of course, this is in addition to planning a recall vote, waiting for the slightest provocation, whether real or imaginary.

As my husband Mike likes to say, "when it comes to education, what is normal is criminal."

The only way American people can change our public education outcomes for our children is by showing up at the voting booth, rejecting the teachers’ unions and their allies, and supporting candidates who are for school choice!