Nevada Legislators Push to Put Parents in Control of Education 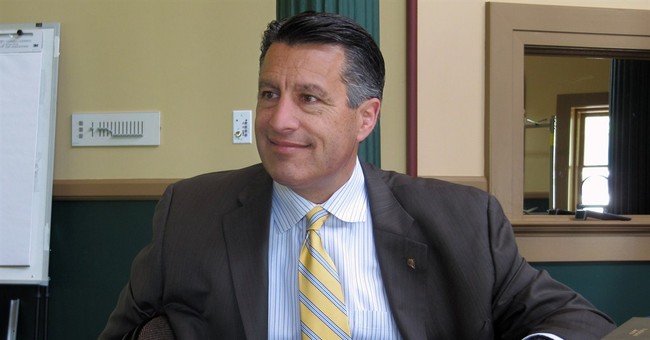 When the Nevada Education Savings Account (ESA) law passed last week, there were two main reactions: celebration from school choice advocates who marveled at the scope and positive potential of the law, and the anti-choice crowd’s outrage at an allegedly impending dismantling of traditional public schools.

State Sen. Scott Hammond (R-Las Vegas), who wrote the Nevada ESA legislation, watched Gov. Brian Sandoval (R) sign into law the most inclusive ESA program in the country. Around 4:05 p.m. on June 2, a school choice program accessible by approximately 93 percent of school-age children in Nevada, some 453,024 K–12 students, became law. A parent will be able to opt his or her child into the ESA program so long as the child has attended a public school for 100 consecutive days in either a traditional public school or a charter school. Parents can then use funding put into an ESA account for a variety of approved educational options, including private school tuition, tutoring, textbooks, and therapies.

“The governor of Nevada gave me a signed copy of the bill, and he wrote on it the word ‘history,’” Hammond told me on the evening of June 2. “That’s how most of us feel right now. We made history with this bill. We believe in putting the power back into the hands of the parents. We believe in school choice. We are making a loud statement.”

This is Hammond’s first time serving as a state senator and his third legislative session in office. Hammond was a public school teacher for 16 years, teaching Spanish and government in Clark County before becoming a legislator.

Nevada ranks at or near the bottom in most categories of education achievement. In 2012, when the average graduation rate hit a record high of 80 percent nationally, Nevada had the lowest rate, at 63 percent. Newer figures from the Nevada Education Department, released in January 2014, indicate the state’s graduation rate rose to 71 percent in 2013. However, some Nevada education officials have attempted to hide their poor performance by lowering the cut scores used to determine whether students pass math and are able to graduate.

Nevada lawmakers resisted the temptation to pretend everything was all right, instead taking a bold stand by passing the ESA law.

What makes this law so potentially transformative is exactly what makes its critics nervous. The flexibility of the ESA offers opportunities never before available to families. It provides an opportunity for greater parental involvement and control of education, the possibility of an individualized education not only for special-needs students or low-income children, as many choice programs provide, but for every single student whose parent opts the child into the ESA program.

In addition, the program saves taxpayer dollars by capping the ESA (for students who are not special-needs or low-income) at 10 percent less than the current per-pupil spending in traditional public schools.

Hammond says Nevada legislators are committed to making sure the ESA program is successful for parents, teachers, schools, and taxpayers.

Hammond notes school choice creates competition and allows for innovation. He says far too many students are stuck in chronically failing schools because there are no other options available to them and their families. Hammond says Nevada’s ESA law will change that.

“This is monumental,” said Hammond, explaining school choice options such as the ESA help students “caught in generational poverty” break out of forced attendance at failing schools based solely on their ZIP code. “We want parents engaged. They are disengaged. This program puts parents in control.” It truly does.