After Super Tuesday, Faith Will be King 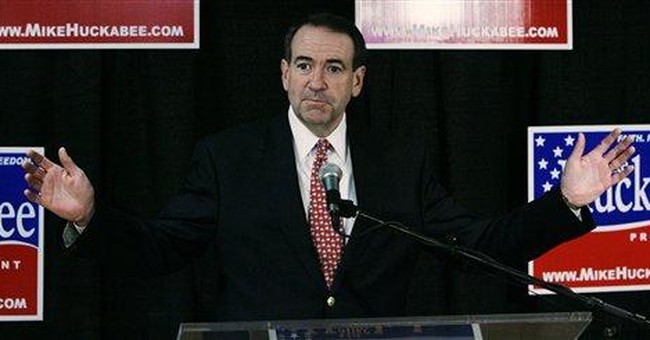 Whether by design or default, the evangelical vote will settle the question of who will be president. It is hard to say how the staunchest evangelicals will vote in this election season. They are looking for more than campaign speeches and slick affirmations of personal piety. Evangelicals, like many other groups in the country today, want to see substantive change in politics and real answers to our nation’s pressing problems of economics, security, and religious liberty.

Many analysts believe that it was concern about the unpredictable nature of this vote that led former Presidents Jimmy Carter and Bill Clinton to cast the vision for the New Baptist Covenant which met in Atlanta last week. Comprised of 10,000 attendees representing over 20 million members, the 30-organization coalition actually eclipses the size of the Southern Baptist Convention by nearly 4 million members. One of the obvious goals of this meeting was to prepare moderate evangelicals to vote for a Democratically-led vision of America. It is sufficient to say that the religious wars have begun.

Clinton and Carter are aware that in four short years evangelicals have forgotten neither their Bible verses nor their values. Evangelicals have not lost their faith. They have simply lost their confidence in either party to truly speak for them. In 2004 the majority of evangelicals, including minorities, united and demonstrated their faith by electing George W. Bush. The non-institutional, grassroots movement has not lost the memory of their power at the ballot box. The former presidents understand that the faith community is asking itself a fundamental question, “Who do we have faith in?”

Four years before, liberals began to call for a new alignment of politics and race. Black and white preachers mobilized their congregations around biblical concepts in a war for the American culture. In 2004, a 21st century group of freedom riders defied stereotypes and voted their consciences. In the general election of 2008, I predict that these courageous people of faith will regain their bearings and make an unprecedented impact on the election. Please remember that major black conservative “cross over” votes came during George Bush’s 2004 presidential campaign. Similarly, 40% of Hispanic voters (mostly church goers) also defied stereotypes in 2004 by voting in record numbers for George Bush. In essence, George Bush was seen as the “faith” candidate of his day.

The moral values revolution was derailed because of the lack of follow-through by the Republican Party. The idealistic Christian voter of 2004 has matured and sees his or her involvement in politics as a spiritual responsibility. Even though many evangelicals are disgusted with politics as usual, they could easily be enticed to get back into the values war. The challenge for the movement is finding someone they can really trust.

Trust has two sides --- character and skill. We trust people because we believe in who they are or we believe in what they can do. In strategic leadership roles, people innately want their candidate to have both sides covered. Glaring weaknesses on one side or the other disqualify a candidate for high office. For example, character questions may well be one of the reasons that Giuliani was forced from the race. No one questioned his leadership skills, whether he could be tough on crime or terrorism. Many people quickly bought into the concept that he could lead the nation. Others were concerned about his close associates, marriages, and his personal problems. These are character issues.

The problem with politics is that true political skill at governing may not be easily detectable. What we see in the campaign season is a candidate’s ability to present his case – his skill at self promotion. Proper messaging and the presentation of a candidate’s political resume is our only litmus test for skill.

McCain will probably emerge as the front runner for the Republican Party after Super Tuesday. If so, he will have to attract voters from the ranks of independents and Democrats. The evangelical community will be a logical group for him to target. Trust will be the ultimate key. He will have to help voters see him as a “faith friendly” candidate versus a political maverick or an aging loose cannon. Toward this end, he will have to choose a partner who will help him attract alienated evangelical voters and craft a message that will appeal to them. Savvy evangelical voters are concerned about the economy, terrorism, the war, immigration reform along with religious liberties, the value of human life and a myriad of other problems which have moral consequences. A socially conservative running mate like Mike Huckabee or Senator Sam Brownback could help him reinvent himself.

On the Democratic side, Hillary Clinton may very well edge out Obama for the top Democratic slot. Her faith strategy will have to be aimed primarily at the black and Hispanic communities. Her messaging will have to emphasize social justice, poverty, and the war as major moral concerns. Selecting Obama as the Vice Presidential candidate would bring an element of religious balance to the ticket. Although Obama is a member of the ultra-liberal United Church of Christ, his charisma may extend the borders of the Democratic appeal to liberal Christians and minority evangelicals. Unless a major conservative educational campaign is waged against such a ticket, minority evangelicals may look past the Clinton/Obama stand on abortion, hate crimes, the fairness doctrine, the marriage amendment and a host of other social issues of our day.

The battle for the White House will be determined by evangelical vote. Therefore, it is certainly time to pray!

FL Sheriff Has Some Advice for the 'Millions' of People Moving to the State on How to Vote
Townhall
Norfolk Police Department fires officer who was outed for donating $25 to defense fund for Kyle Rittenhouse
Twitchy
The Babylon Bee Weighs in on Derek Chauvin Guilty Verdict
Redstate
New Dispatch From The Brady White Files: Why Risk Your Life if You're A Cop?
PJ Media