Taxed to Death... And Then Death-Taxed 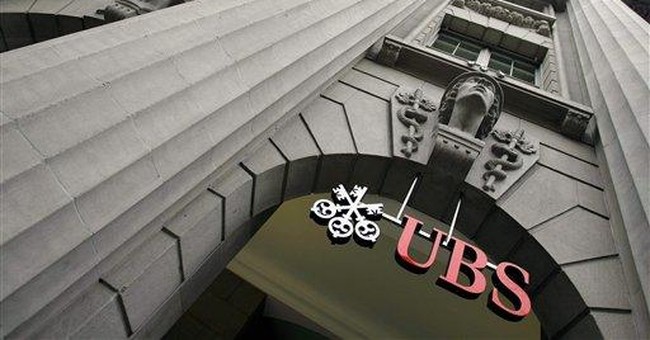 Successful entrepreneurs should think twice about what’s in the Christmas ham this December.  Why?  From the perspective of expectant heirs, 2010 is a great time to die.  It's the first year since 1916 that there has not been a tax on inheritance, or what's known as a “death tax.”  In 2001, legislators voted to phase out the steep tax on estates, but on January 1, 2011, that repeal will sunset, and the death tax will come back to haunt us.

A lot of people shrug about the tax because they believe it applies only to the wealthy.  True, the wealthiest people will be the most directly affected.  President Obama has proposed a tax rate of 45 percent on estates in excess of $3.5 million.  In other words, after that threshold, heirs will lose nearly half of their inheritance to the federal government.

To start, taking half of someone’s honestly-earned life’s work is just inherently wrong. Most individuals who leave death taxable inheritances have spent years and years working, saving, and contributing greatly to America’s economy.  The wealth they leave to their heirs has also already been taxed, often multiple times.  They have paid income taxes and taxes on the gains realized through investments.  Any homes, cars, farms, land, jewelry, or other goods purchased were bought with after-tax dollars, and they probably paid sales taxes on those goods too.

Individuals most likely to get hit with the death tax are hard-working entrepreneurs who have worked and saved with the hope of making future generations better off.  That's supposed to be part of the American dream, and the government shouldn’t penalize people for their success.

Many who are hit by the death tax aren't billionaires, but are small, family business owners.   A tree farm owned by a family with an average income of $50,000 per year, for example, could be valued at millions of dollars because of the value of the land, farm equipment and timber.  To tax this inheritance between generations would require heirs to break up and sell the land and the business.  Overwhelmingly heirs cite “needed to raise funds to pay estate taxes” as a reason why their family-owned businesses ended up dissolved.

It's not just the heirs who are affected when those businesses have to be sold off or closed down.  The workers for those businesses all too often see their jobs disappear in the process.  The death tax also discourages job creation in other ways.  Small business owners who know that Uncle Sam is going to seize half of their business when they die have less incentive to work to expand and maximize that business's potential.  Businesses also spend time and money figuring out ways to avoid a potential estate tax hit.  In fact, for every one dollar removed from the economy to pay estate taxes, another one dollar is spent in efforts to comply with or altogether avoid the tax, meaning the main beneficiaries of the tax are estate tax lawyers and life insurance companies.

Those resources could have been used to expand production, hire workers, or invest in research and development.

In fact, economists estimate that some 1.5 million jobs could be created each year in the absence of a death tax.  Those are jobs we can’t miss out on if we want our economy to recover!

Legislators justify the tax as a revenue raiser during an era of massive deficits.  Yet studies show that the death tax is a terribly inefficient way to try to raise tax revenues.

In 2008, the death tax raised only about 1% of total federal tax collections.  Furthermore, the Tax Foundation explains that the money raised by estate taxes is largely diverted from other government accounts.  Meaning that if there was no estate tax, capital gains and income tax revenues would increase, offsetting much of the revenue lost by the death tax's elimination.

There are better ways for Congress to raise revenue.  Or better yet, as we are in the midst of the “Great Recession,” Congress should take a hint from the millions of American families who are tightening their belts, and get spending under control rather than try to suck more out of the private sector.  Ultimately, the best way to close the deficit will be to foster a growing economy.  Washington needs to encourage entrepreneurs and small business owners to maximize their potential.  Getting rid of the death tax permanently would be a good first step.