Let None Dare Call It Sedition

Gil Gutknecht
|
Posted: Nov 17, 2019 12:01 AM
Share   Tweet
The opinions expressed by columnists are their own and do not necessarily represent the views of Townhall.com. 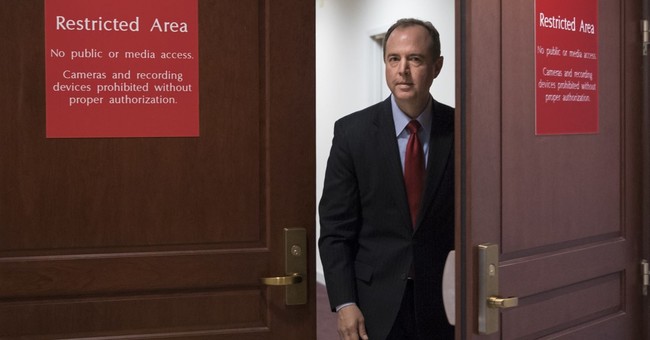 High School students are probably no longer required to read Seven Days in May. The political novel that was later turned into a movie starring Burt Lancaster. It may be time to read it again or at least watch the film. It’s a story about some military brass who become furious with a President over his nuclear negotiations with the Soviet Union. So they plot a coup.

The generals are confident that their ends fully justify the means. This isn’t a riot in the streets, Banana Republic coup they are plotting. These are smart and sophisticated men. This will be a precision strike using assets under their command. They are saving the world from a deranged President who doesn’t know what he is doing, especially in foreign policy. Only they know what is best. Only they can save the country. It is their duty.

Today an eerily similar plot is unfolding in slow motion. All right before our eyes. In this remake, instead of a handful of generals, it is insiders in the FBI, the CIA and the Deep State participating in this plot. They and their apologists in the press have convinced themselves that they are saving the nation and the world. Only they can do it. It’s their duty. Witness the call from Mr. Brennan for more “whistleblowers” to come forward.

Respectfully, Mr. President, this is not a witch hunt.

This is a coup. The objective and tactics have been clear from the start. It is no longer silent. The evidence grows daily. The recently released tweets from the attorney for the “whistleblower” confirmed what we have long believed. “Coup has started,” he wrote prophetically. Indeed it had. And it continues.

The co-conspirators deserve much worse than to be sent packing in the next election. Long prison sentences are the only sure deterrent to prevent this from ever happening again.

Calling the “whistleblower” a whistleblower is a misnomer. He is a partisan second-hand leaker. He is a coward and a traitor. He and all those who conspired with him should be treated as such. Like those who devised the “insurance policy”. Those who originated the plot. Those who authorized the surveillance of the campaign. The one who told the President that he was not a target of the investigation. Those who used the investigative resources of the FBI and the CIA to dig up dirt on a candidate and then a duly elected President of the United States. All should be facing much more than the loss of their positions and pensions.

Dr. Sebastian Gorka has taken to using the word sedition. Simple sedition normally applies when we are under a declaration of war. This criminal behavior more clearly falls under 18 USCS § 2384. Seditious Conspiracy. “If two or more persons in any State or Territory, or in any place subject to the jurisdiction of the United States, conspire to overthrow…” Conviction carries with it a sentence of up to 20 years in a federal penitentiary.

Seditious conspiracy is a term that may need dusting off. It should become part of our daily lexicon. Try it out at the water cooler or coffee shop. Work it into conversations. It will drive your friends on the Left into higher orbits.

We have waited impatiently for the report from IG Horowitz. The report that supposedly has been done for weeks. Senator Grassley tweeted concern that the report may be deep-sixed by the Deep State. The Barr-Durham investigation into the origins of the coup has now gone criminal and is picking up pace. Both developments have explosive potential.

Democrats know this only too well. More than anything, this sham they call an inquiry is an effort to distract and get out in front of these stories. They also are doing everything they can to discredit Attorney General Barr. The coming months will be both a race and a test for him.

If Attorney General Barr maintains the steely resolve he has thus far demonstrated, we may all find ourselves becoming much more familiar with the term seditious conspiracy.

Buckle up. This is going to get exciting.