Things Have Not Always Been the Same 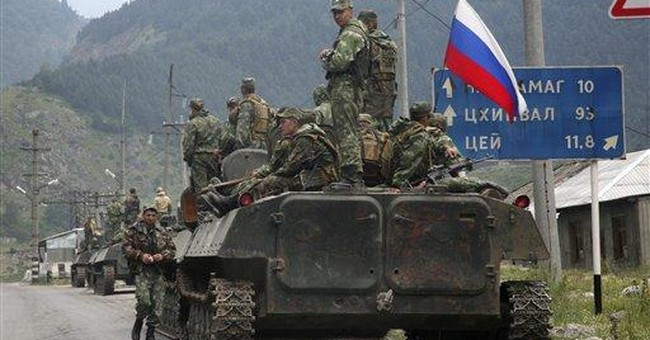 WASHINGTON -- The Oxford English Dictionary dates the word "pogrom" from 1905, the year hundreds of Russian Jews were massacred in Odessa. In 1908, there was a pogrom of sorts in Illinois. It occurred in Springfield 100 years ago this week. So, consider the phenomenon of progress, which at the moment seems more contingent than it did just a decade ago.

On the night of Aug. 13, Mabel Hallam, a pretty young white woman whose husband Earl was working the night shift as a streetcar conductor, retired early. Around 11:30 p.m. she was awakened by a man's weight on her. "Why, Earl," she said, "what is wrong with you?" The man, who was not Earl and was black, said, "I am drunk." He raped her and fled. So she said.

"Negro's Heinous Crime" and "Dragged From Her Bed and Outraged by Negro" were the next day's headlines. As Jim Rasenberger reconstructs events in his fine book "America 1908," police plucked black men from the streets of Hallam's neighborhood until she identified one, George Richardson, as her assailant. By 5 p.m. the jail was surrounded by a mob of at least 4,000 baying for blood. Eighty-nine blacks would be lynched in America in 1908.

Springfield's sheriff enlisted a leading citizen -- owner of the city's largest restaurant, and of a fast automobile -- to spirit Richardson and another black man also accused of rape out of town. This further inflamed the mob, which destroyed the restaurant -- a white patron was killed by a stray bullet -- piled its furnishings on the owner's overturned automobile, and burned the pile.

For the next six hours the rioters, fueled by liquor looted from the restaurant, sacked two black neighborhoods, setting fires and blocking fire wagons and cutting their hoses. Forty black homes were destroyed, as were 21 black and several Jewish businesses. Thousands of Springfield's blacks fled into the countryside; some never returned.

After beating an elderly black man and a paralyzed black man, at 2 a.m. the mob seized a 56-year-old black barber from his home, beat him unconscious, hanged him from a tree and mutilated his body. Souvenir hunters carved away bits of the tree, which was entirely gone by the end of the day.

The next night a mob of 500 brought a rope and proceeded to the home of a prominent and wealthy 84-year-old black man who, standing in front of his house, inquired, "Good evening, gentlemen. What can I do for you?" He was beaten, slashed with a razor, hanged from a tree too supple to bear his weight. He was alive when troops from the state militia reached him. He died that night.

String Up Old and Innocent Victim"

One hundred seventeen rioters were indicted. One was fined $25 for petty larceny; another, a teenager, was sent to a reformatory. Mrs. Hallam later admitted that she invented the attack to explain to her husband some bruises inflicted by her boyfriend.

Now, fast forward to 10 years ago, when Americans were intoxicated by fumes from myriad triumphs. The Cold War had been won, the Gulf War had been a cakewalk, Russia was democratizing, China was locked in the logic of the Starbucks Postulate (give people a choice of coffees and a choice of political parties will soon follow) and everyone was becoming rich with technology stocks. The exhaustion of various fighting faiths -- fascism, communism, socialism -- meant there was no remaining ideological rival to the American model for organizing a modern society. Few Americans anticipated aggression from people who despise modernity.

Today, Russia's government is despotism leavened by assassination, China will achieve universal emphysema before meaningful universal suffrage, and Americans, in a slough of despond about economic difficulties that have not yet even reached a recession, gloomily embrace an inversion of the Whig Theory of History, which holds, or once did, that progress -- steadily enlarged and ennobled liberty -- is the essence of the human story.

So, remember Springfield. The siege of the jail, the rioting, the lynching and mutilating all occurred within walking distance of where, in 2007, Barack Obama announced his presidential candidacy. Whatever you think of his apotheosis, it illustrates history's essential promise, which is not serenity -- that progress is inevitable -- but possibility, which is enough: Things have not always been as they are.