The Media Sees No Evil 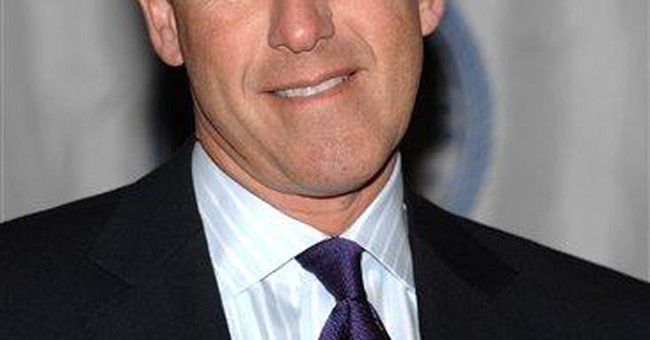 What do all Americans, starting with George Washington, and especially pro-life advocates, have in common according to such media luminaries as NBC’s Brian Williams, MSNBC’s Chris Matthews and the always quotable Rosie O’Donnell? They all could be considered terrorists, a word the media have begun to deploy against anyone they find particularly contemptible.

The ones in Iraq have been called “very powerful, very tenacious insurgents” by CBS’ Katie Couric and “patriots” by media mogul Ted Turner. To his credit, MSNBC’s Keith Olbermann seems unafraid to call terrorists by their rightful name. But they’re still not as a bad as Fox News, which he has branded “worse than Al Qaeda.”

Then there’s the Bush administration, which The View’s Joy Behar called “liars and murderers.” Speaking of the president, it was refreshing to hear this description of him a couple years back by a CBS reporter:

“....He’s a very, very wily character. Fascinating man in background. He is genuinely religious, genuinely humble, there are no fancy clothes, fancy cars… He is a very modest man and said to be absolutely incorruptible as well. He’s a fascinating character.”

Oh, wait. My fault. That was the reporter’s description of Iranian “President” Mahmoud Ahmadinejad. A man who denies the Holocaust and vows to “wipe Israel off the map” is undoubtedly “fascinating,” though more colorful adjectives spring more readily to my mind. But “absolutely incorruptible” is a bizarre way—an inaccurate way—to describe a man who can claim there are no homosexuals in Iran only because the government he leads kills those who speak up.

So what’s my point? Considered separately, any of these instances of overt anti-Americanism and feeble attempts at moral equivocation seems rather harmless. But taken together, they signal a trend of waning interest and what author Andrew McCarthy calls “willful blindness” by the media as to the root cause of so much violence and terrorism around the world.

Consider media coverage of last November’s Mumbai terrorist attacks, which left more than 170 dead. While the media were quick to link the group responsible, Lashkar-e-Taiba, to the territorial battle over the Kashmir valley, they were largely silent when it came to the group’s main objectives: to establish an Islamic state in South Asia and annihilate all “enemies of Islam,” including Hindus and Jews. The group’s professed anti-Semitism explains why the terrorists targeted the Chabad House Jewish Center, at which several people were slaughtered. The only terrorist to survive the attacks offered just one explanation for his role: “Islam is in danger,” he repeatedly told interrogators.

The media’s bewilderment about the motivations of Islamic violence was also evident in 2006 when Muslim student Mohammed Reza Taheri-azar rammed an SUV into a crowd at the University of North Carolina, injuring nine students. The Chapel Hill Herald, for instance, called his actions “inexplicable,” even though Taheri-azar had called 9-11 immediately after the crash, telling the operator that he had done it “to spread the will of Allah.”

And now there is evidence that the media’s ostrich-head-in-the-sand posture has been institutionalized. At the Associated Press, whose news is published by more than 1,700 newspapers and 5,000 T.V. and radio broadcasters, terrorist groups like Hamas and the Al Aqsa Martyrs’ Brigade are often referred to as “militias.” Acts of terrorism are regularly called “revenge bombings” or “revenge attacks.” In many cases the AP has changed words of American and Israeli officials from, for instance, “terrorists” to “militias.”

In a 2006 AP story, Osama bin Laden was cited in a photo as an “Exiled Saudi dissident Osama bin Laden.” And in the official AP Style Book, whose guidelines are the gold standard for newspapers and in journalism classrooms, neither the Taliban, Hezbollah nor Hamas is labeled as a terrorist entity, and Palestinians who blow up Israeli civilians are called “Palestinian militants.”

Not that journalists have much incentive for precision and accuracy when reporting on Islamic violence. Many surely remember the murders and fatwas issued in the aftermath of the Dutch cartoons depicting Mohammad as a terrorist. In late February, it was reported that Aleksandr Sdvizhkov, the Belarusian journalist sentenced to three years of hard labor for republishing those cartoons, is being held in a prison with no means of communication. This would seem to be a potential cause-celeb among our media elites. But their silence is deafening.

In 2005, as many as 25 people died in riots in Afghanistan over the American media’s spelling—or what one Muslim cleric called “desecration by misspelling”—of “Koran” with a “K” instead of a “Q,” thus reinforcing the old adage about watching your Ps and Qs.

And you know things are serious when the United Nations gets involved. As usual, though, the world body erred on the side of imbecility by issuing a nonbinding resolution on “Combating defamation of religions,” which, among other things, “expresses its deep concern that Islam is frequently and wrongly associated with human rights violations and terrorism.” It also notes “with deep concern the intensification of the campaign of defamation of religions and ethnic and religious profiling of Muslim minorities in the aftermath of the tragic events of 11 September 2001.”

But it was in the aftermath of 9-11—in 2006—that researchers Marshall and Gurr released a report finding that of 24 major armed conflicts taking place globally, a majority (13) involved Muslim governments or paramilitary groups on one or both sides of the fighting. They also found that Muslim nations were two-and-a-half times more likely than non-Muslim nations to be considered “at the greatest risk of neglecting or mismanaging emerging societal crises such that these conflicts escalate to serious violence and/or government instability.”

It is not defamation to point out that the jihadists who are attacking civilization are educated in madrasses – Islamic religious schools. They cite the Koran as their authority, and they follow the teachings of Muslim imams, who issue fatwas, religious decrees justifying the murder of infidels and moderate Muslims. They praise “Allah” as they kill and die. These clues make it clear that they aren’t merely militants, and that their motives stem from an extreme form of a particular religion, Islam.

Israel Putnam, in the battle for America’s freedom at Bunker Hill in 1775, told his freedom fighters: “Men, you are all marksmen—don’t one of you fire until you see the whites of their eyes.” One wonders how close a terrorist attack must come to the newsroom before the media think to notice the battle all around them.