Erick Erickson
|
Posted: Feb 11, 2021 10:18 PM
Share   Tweet
The opinions expressed by columnists are their own and do not necessarily represent the views of Townhall.com. 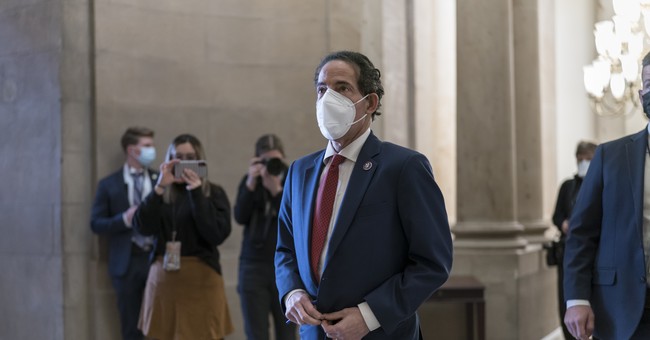 If Republicans found out President Joe Biden pardoned someone and his son Hunter concurrently received $1 million from that person in the last week of Biden's presidency, we should not kid ourselves. The Republicans would move to impeach Biden and gladly conclude a trial even after Biden had departed the presidency.

Senate Republicans are currently, shamefully, hiding behind a constitutional argument to avoid having to deal with the fallout of former President Donald Trump's two months of lies about the election. Those lies inspired a mob that he unquestionably egged on, urging a march on the United States Capitol on Jan. 6, 2021. Their constitutional argument is that a president cannot be convicted of an impeachment after he has departed his office.

Up until a month ago, it really was not a controversial or minority opinion that a sitting president, if impeached, could be tried after his term expired. There is precedent for impeaching others out of office who was impeached while in office. Many of the Republicans who are now very loudly saying this is unconstitutional have held the opposite position in the past.

Many now denying Trump provoked this, after he lied about the election for two months and demanded people fight for him, were 100% on board condemning Rep. Alexandria Ocasio-Cortez for provoking an attack on a U.S. Immigration and Customs Enforcement facility with her concentration camp rhetoric.

Trump should be convicted and barred from office. However, it is not going to happen. The GOP will hold the line because they talk about principle, but they are really not that principled. Spare me; neither are the Democrats. They would be behaving the same way, and you will probably one day see it, even as Democrats deny it.

The GOP should do the right thing, and they will not, because they are more scared of Trump's voters than everyone else. The public's bile and rage at them should be, in part, directed at the Democrats who decided to engage in emotional theater instead of having a real trial.

Are they subpoenaing former Vice President Mike Pence as a witness? Nope.

They're not having a trial, and a year ago, Sen. Chuck Schumer said not calling witnesses made it a sham. His specific words with the last impeachment trial were: "What is a trial with no witnesses and no documents? It's a sham trial."

This is Schumer's sham.

The bottom line is this: Trump spent two months lying and provoked an angry mob that stormed the Capitol on his behalf with some looking to execute his Vice President. He should be barred from running for office again.

Republican Senators will not vote for it out of fear of his voters, and the Democrats will not actually hold a trial that might persuade them to change their minds, because Democrats would rather use this as a political issue with a helpful media.

Those who care about this should not be calling Republicans and demanding they vote to convict. They should be calling Schumer and demanding Democrats summon witnesses, including the former Vice President of the United States.

Instead, partisans who support conviction will engage in emotionally overwrought tweets that make them feel empowered. But, as Schumer noted a year ago, this is a sham.

Lastly, no one should think this will be an issue that hurts the Republican Party in two years. Even as voters tossed Trump this past November, they very nearly handed the Republicans the House of Representatives and expanded their majorities in state legislatures across the country. Democrats will overplay their hands, and people will move on to other things by 2022. Biden just unilaterally caused a ton of people to lose their jobs in the energy sector, and voters will be more focused on the economy and jobs next year.

This impeachment and that Jan. 6 incident will not defeat the GOP in 2022, and both the GOP and Democrats in the Senate know it, which is why they're all ready to move on and expect to do so as soon as they can.

The World Has Gone Crazy
Townhall
Blue-check wants to make it 'socially unacceptable' for anyone to have more than 2 children, pisses EVERYONE off
Twitchy
GOP Holds Massive 'Vote-a-rama' on Manchin-Schumer Deal to Expose the Dem Lies
Redstate
The Biden Administration Has Found a Sneaky Way to Compile an Illegal Gun Registry
PJ Media