No Room for Honesty

Erick Erickson
|
Posted: May 17, 2019 12:01 AM
Share   Tweet
The opinions expressed by columnists are their own and do not necessarily represent the views of Townhall.com. 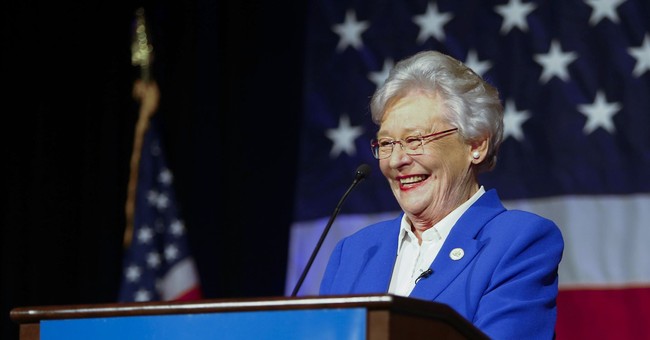 Listen to various abortion activists and Hollywood-faded stars and you might be under the impression that Georgia, Alabama and other states have just passed laws that could give women the death penalty for having abortions. In fact, some news outlets have run stories that these states would arrest women for having abortions.

Sadly, at a time when the news media and progressive activists lament the President's dubious relationship with the truth, these are not just misstatements but outright lies. Last week, Alabama passed a law that would prohibit abortion except for situations where the mother's own life is at risk. News outlets faithfully reported that under this law, women could be jailed for having an abortion.

Section 5 of the new Alabama law states, and this is a direct quote: "No woman upon whom an abortion is performed or attempted to be performed shall be criminally or civilly liable. Furthermore, no physician confirming the serious health risk to the child's mother shall be criminally or civilly liable for those actions." One need never get to that section, however. The synopsis of the legislation that precedes the actual legislative language states, "This bill would provide that a woman who receives an abortion will not be held criminally culpable or civilly liable for receiving the abortion." Perhaps reporters could read the legislation instead of taking abortion activists' statements as truth.

The same is true in Georgia. Actress Alyssa Milano claimed on social media that "The Georgia bill states that a woman can be investigated for miscarrying and that women who travel to another state to get an abortion can spend up to ten years in prison." This is actually a lie. The law does not say that.

Georgia has, since 1876, prohibited the prosecution of a woman for the death of her unborn child for any reason. In May 1997, Jacquelyn Aretha Hillman was indicted for allegedly shooting herself in the abdomen to kill her unborn child. She was eight months pregnant, 18 years old, and the child's father was nowhere to be found. The child died.

One need only read the text of Georgia's new fetal heartbeat law to see this has not changed. When given the opportunity to overrule the Hillman decision by legislation, the legislature declined. When given the opportunity to repeal the 1876 statute that clearly prohibits prosecuting women for the death of their unborn child, no matter the cause, the legislature refused.

One would never know this by listening to news coverage of these pieces of legislation. One would never know it from the fundraisers being held by progressives using these laws as political causes. Those who think the media should have some level of honesty in how they report these issues are going to again be disappointed. The supposed champions of truth in the press have embraced a party line that is wholly dishonest.

There is also a necessary moment of honesty for the pro-life movement. While the movement pours its energy into banning abortion, many abortions are the result of desperation on the part of women who view themselves as out of options. The pro-life community needs to expand options.

Working to ban abortion is good. It is taking a human life at its most vulnerable stage of development. Working to make adoption easier and less expensive is also necessary. Providing support and safety for pregnant women is also necessary. The pro-life cause has science on its side. It also needs to make sure pregnant moms know the pro-life movement is on their side.