Erick Erickson
|
Posted: Nov 11, 2016 12:01 AM
Share   Tweet
The opinions expressed by columnists are their own and do not necessarily represent the views of Townhall.com. 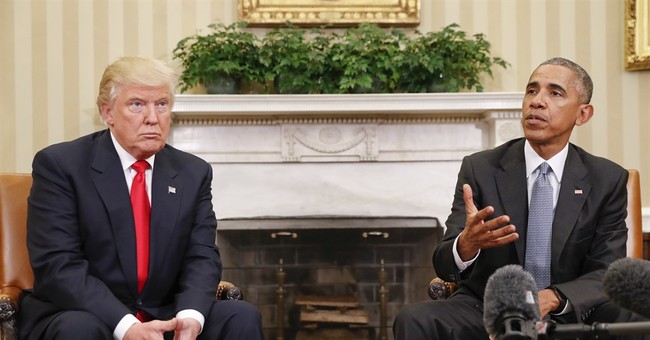 Trending
It is humbling and humorous to so publicly get the presidential election so wrong. But after 16 years of marriage I am quite used to being wrong. The reason for being so badly wrong is actually humorous.

In the primaries, the polls showed Donald Trump was going to be the nominee. The polls sampled a large number of people who had never voted in a Republican primary. The polls had to be wrong, but they were right. That then made many, myself included, fall into a funk. Here the polls were right and the GOP was on the verge of nominating the one man the same polls showed could not in any way, shape, or form beat Hillary Clinton. His supporters must be suicidal. The Supreme Court was at stake and the polls showed the GOP had handed the White House to Clinton.

The general election came and the polls never really lost their shape. All the data showed Trump would lose. The individual polls are never reliable alone, but the polling averages have historically been great. The internal polling of both political parties showed the same thing. Republicans in Washington were apoplectic. We had snatched defeat from the jaws of victory.

But the very same polls that got it right in the Republican primaries got it terribly wrong in the general election. Not only was the polling wrong, but on election day the exit polling was wrong. I received the batch of exit polling around six o'clock in the evening. It showed a blowout for Hillary Clinton in Florida. Black voters had turned out nine percent higher than 2012. Trump was getting crushed by Republican women.

Then it all turned out to be wrong. Every bit of data that political consultants rely on to gauge an election, every single bit, was wrong. We are in a brave new world going forward. The benchmarks by which we gauge public opinion have broken down. The future has never truly been knowable, but statisticians and pollsters have been able to help provide some light into the fog. Not any more.

Once the exit polls were adjusted to match the actual turn out, we did learn some significant things no one would have ever guessed. Donald Trump actually received more hispanic support than either John McCain or Mitt Romney. A sizable number of black voters, including that increase in Florida, went to Donald Trump.

My concerns about Trump remain and were never based on his inability to win. But, considering how spectacularly I got the election wrong, I should at least give him the benefit of the doubt now. Perhaps there were other things I got wrong too. That goes for Democrats as well. They were convinced they had it in the bag. Perhaps instead of protesting in the streets, they should give Trump a chance and try to help him.

Barack Obama, conservatives thought, would take away their guns. He never did. Now Democrats think Donald Trump is going to take away their gay weddings and rainbow sprinkles. He never will. Barack Obama said he would close Guantanamo Bay. He did not. Donald Trump says he is going to deport every illegal alien. Don't hold your breath. I am old enough to remember when Democrats (last week) said Donald Trump calling into question the integrity of the election was destabilizing to democracy. The hypocrites of the left are now protesting a fairly fought election. Is that not destabilizing?

There are now two concerns, however, that I need no polling to show are real. First, we clearly have a large number of Americans who believe they cannot be honest with pollsters. That speaks poorly for the health of our democracy that people live in fear they cannot be honest.

Second, without reliable data on public opinions, we risk becoming more tribal. Anecdote will become data and anecdotes are obtained from friends, family, and tribe. Public policy needs to be shaped by more than "my friends like it." Without reliable data, that will happen more and more.

Perhaps, as only Nixon could go to China, maybe only Trump can reunite the country. We should give him the benefit of the doubt.