The Media's Ignorance of American Religion 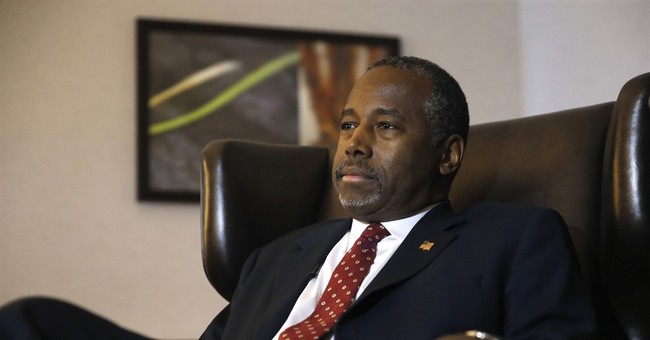 Trending
I seemingly must rewrite this every election season. As Ben Carson rises and the media is confronted by some mysterious something called a "Seventh Day Adventist," it is time again to explain American Protestantism to the press. It is amazing how the American mainstream media continues to write about American Christianity with complete ignorance regarding its basic terms, history, and beliefs.

Many suggest that the term comes from the Pennsylvania Main Line railroad that ran through Philadelphia neighborhoods at the turn of the twentieth century, which were organized around communities of interest making up those original colonial faiths.

Specifically, mainline protestant denominations are Episcopalians, the United Methodists, the Presbyterians (USA), the American and Northern Baptists, the United Church of Christ, the Congregationalists, the Disciples of Christ, and the Evangelical Lutheran Church in America.

I await the United Methodist Church splintering over that issue and the social gospel too. The Methodists are one of the last major mainline denominations not to have a serious split, but it is on the verge of happening. For those of you wondering where Mormons are on this list, I am not aware of any Christian denomination that considers the Latter Day Saints to actually be a part of Christianity.

Seventh Day Adventists, which Ben Carson identifies with, were not originally within the mainstream of American evangelicalism -- all of which have European roots -- but have been accepted by evangelicals over the course of the twentieth century. Seventh Day Adventists are an American derived denomination that sprang out of the Second Great Awakening in the 1800's. Adventists go to church on Saturday, tend to believe in annihilationism, which means the damned eventually cease to exist, and supplement scripture (a key reason why they are not normally considered a part of mainstream American protestant evangelicalism) with the writings of Ellen G. White, a central leader at the denomination's founding who had had visions and allegedly had the gift of prophesy. They also tend not to be big fans of Catholics.

All of this is gobbledygook to members of the press, who know virtually nothing about religion in America, but who are now going to cover Ben Carson and his faith as if they are experts.

Mainline churches are more concerned these days with the social gospel, the role of gays in the church, etc. These churches are in decline. Their numbers are falling as they have replaced the actual Gospel with a modern sense of spiritualism that ultimately does not feed the flock.

Evangelical churches overall are growing. The charismatic churches are really seeing strong growth. All of these churches are much more concerned with fundamentalism -- which is, like "mainline" -- a specific term.

When people talk about "fundamentalists" these days, they usually mean hard line Christians who are no fun. Actually, a "fundamentalist" is someone who subscribes to five specific points within Protestantism: 1) the inerrancy of the Bible; 2) the virgin birth of Christ; 3) the atonement of sins through Christ's death; 4) the bodily resurrection of Christ; and 5) the reality of Christ's miracles.

Reporters for major media outlets tend to be overwhelmingly secular and unchurched. They are most familiar with mainline denominations that are both more liberal and also dying out. That they report on American evangelicalism without any understanding of it is unfortunate, but also reality.