A Political History for the Young -- and the Young at Heart

Ed Feulner
|
Posted: Jan 31, 2018 12:01 AM
Share   Tweet
The opinions expressed by columnists are their own and do not necessarily represent the views of Townhall.com. 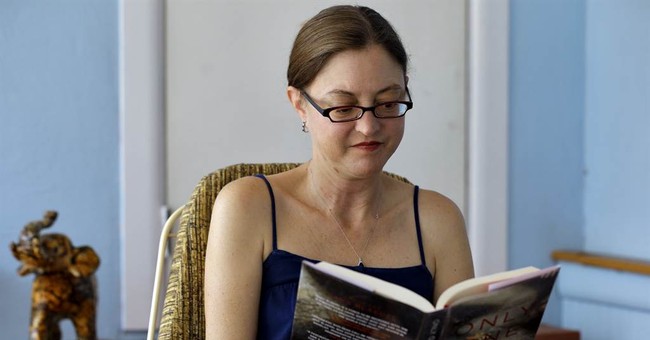 I don’t often use my column to tout a specific book, but this volume is an exception that is really worth your time.

My friend Arnold Steinberg has written a wise, engrossing history of modern conservatism, Whiplash! From JFK to Donald Trump, a Political Odyssey. It traces the author’s journey from a pre-teen supporter of John F. Kennedy to a prodigal and integral figure in American conservatism.

Our paths crossed early and often. I was doing graduate work at Georgetown and analysis at the Center for Strategic and International Studies when Arnie -- barely 20 and just-named editor of The New Guard, national magazine of Young Americans for Freedom (YAF) -- called me about YAF’s opposition to trade with the Soviet Union. We agreed that non-military trade would allow the communists to strengthen their internal power and to divert scarce resources toward armaments.

Prior to founding Heritage, I worked as executive assistant to Rep. Phil Crane. Arnie had been instrumental in Phil’s 1969 upset election and remained Phil’s friend and confidante. A PhD historian, Phil was that rarity, an intellectual congressman. And that’s what drew me, and likely Arnie, to him.

That synthesis -- between political philosophy and politics, between policy and campaigns -- is much of what this book is about.

Arnie is one of those few political strategists who was into politics not for money or power, but ideals. He encountered great minds such as Milton Friedman and Bill Buckley, with whom long ago I helped start The Philadelphia Society, an obscure group of professors and activist-intellectuals.

Arnie, who became one of our youngest members and later served with me as a trustee, now outs the “PhillySoc” as the apex of Hillary’s “Vast Right Wing Conspiracy.”

Arnie repeatedly goes back to the ideas that animated his and our movement’s political successes, prompting Hillsdale College president Larry Arnn to remark, in his warm endorsement of the book, that the author “knows his craft deeply because he knows the purposes for which that craft is intended.”

Purdue’s president Mitch Daniels remarks, “Arnie Steinberg is one of America’s most valuable intellectual assets. His principled iconoclasm has been a source of insight and illumination. This chronicle of his fascinating career is invaluable as political history and a framework for thinking about the new fault lines in American politics today.”

These pages contain absolute gems of how-to political strategy and tactics, such as those the author originated for candidates Clint Eastwood and Los Angeles Mayor Richard Riordan.

Although the author wrote two widely plagiarized preeminent classic graduate texts that defined the mechanics of contemporary political campaign management, he has often operated under the radar. His candid story-telling is fascinating.

A radical of sorts, he posits that American conservatism remains a revolutionary movement. He also effectively argues that many liberal nostrums offer cures worse than the disease.

At first, the author seems distracted in his digressions. But the puzzle comes together, as you realize that American conservatism is itself a puzzle.

Arnie traces his own flirtation with Objectivism, his libertarian roots, his appreciation of traditional conservatism, and his durable embrace of Frank Meyer’s “fusionism.” The book’s final chapter, on Donald Trump and what he means for the conservative movement, is rich with insights.

This book is an antidote to the left’s caricature of conservatism. University students will learn, for example, that conservatives ended the draft, oppose crony capitalism, and have long supported criminal justice reform.

What a joy it would be if this book became required reading for college courses in history or political science.