Time to Re-Declare a War on Drugs

Ed Feulner
|
Posted: Sep 28, 2016 12:01 AM
Share   Tweet
The opinions expressed by columnists are their own and do not necessarily represent the views of Townhall.com. 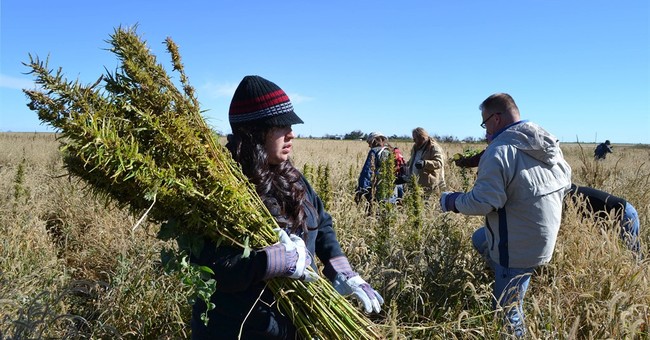 Repeat a lie often enough, the saying goes, and it becomes the truth. Take the War on Drugs. As you’ve surely heard in everything from sneering editorials to unsourced memes on Facebook, it was a dismal failure. Heck, it made the problem worse.

Except it wasn’t, and it didn’t.

I noticed just how far off the conventional wisdom is while writing a recent column about the 2016 edition of the Index of Culture and Opportunity. I was startled by the chart on teen drug use, which tracks the period from 1975 onward.

Using data from the National Institutes of Health, it shows the number of 12th graders who, in the last month, have used illicit drugs -- everything from marijuana and LSD to cocaine and heroin. The number was a bit above 30 percent in 1975; today, it’s just below 25 percent.

But check the ups and downs in between. That’s where the real story is.

We see drug usage among this key group rise to almost 40 percent in 1979, then drop to about 15 percent in 1992. Then it climbs steadily until it’s about 25 percent in 1997. Since then it’s dipped a bit, then gone back up, until leveling off at around 24 percent.

So the real question is, what happened in the 1980s, when drug usage among 12th graders was more than cut in half?

The War on Drugs, that’s what happened.

Yes, the term is commonly used to refer to the government’s ongoing push to stop drug trafficking, so it technically applies even now. But there was a difference then. The war wasn’t fought only by the police -- it was fought by everyone. It was cultural.

The War on Drugs should encompass more than efforts by law-enforcement agencies -- as crucial as those are -- to intercept, shut down and stop the drug trade. That was the difference in the 1980s, when the phrase “Just Say No” became ubiquitous. People not only heard anti-drug messages from the White House, they heard them from movies, TV shows and radio ads. From pop songs. From PSAs that warned: “This is your brain on drugs.”

Sure, it’s easy to scoff now. Kids don’t fall for that, right? Guess again. They heard the message loud and clear. And a substantial number acted on it.

Can it really be a coincidence that once those pervasive cultural messages dried up, that drug use began rising? That the point at which we elected a president who “didn’t inhale” (wink, wink) is when the downward trend in teen drug use began to reverse itself?

Today’s teenagers are far more likely to get a pro-drug message from the culture, let alone a word of warning. Yet the data show that a full-bore War on Drugs, from the White House to Hollywood, is exactly what works.

Instead we’re told that we need to legalize marijuana, a step that four states and the District of Columbia have already taken. Never mind, as legal expert Charles Stimson pointed out in an article about Colorado, that:

“In 2013, only seven percent of American adults said they were marijuana users,” notes an article in 24/7 Wall Street. “Today, less than three years later, usage rates have nearly doubled, as 13 percent of U.S. adults say they smoke pot — according to a recent Gallup poll.”

Small wonder, with the stigma gradually fading. But as we saw in the 1980s, it doesn’t have to be that way.

We successfully stigmatized cigarette smoking when the dangers became too glaringly apparent to ignore. We can do the same thing (again) with drugs. With a drug-abuse problem devastating many towns across the U.S., can we afford not to?

To quote William J. Bennett, the nation’s “drug czar” from 1989 to 1990: “Crime- and drug-ravaged communities are crying out for leadership. Who will answer them?”