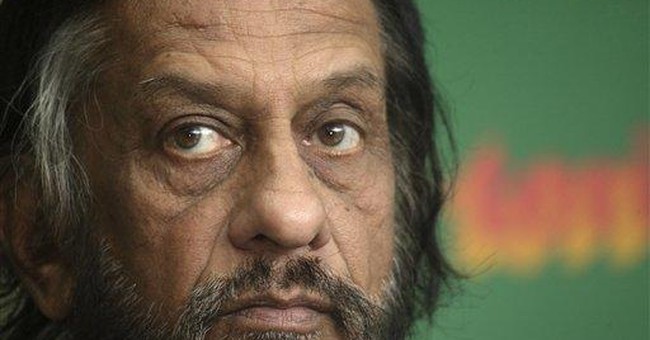 What could be more American than encouraging a robust debate on one of the most controversial issues of the day? The answer -- for some on the left, anyway -- is: lie about your opponents and make a pathetic effort to discredit them.

That, at least, is what an activist named Peter Gleick decided to do in a backwards attempt to promote his view that global warming is unquestionably and primarily a man-made phenomenon -- one that will cause calamitous changes in the environment.

On Feb. 14, Gleick sent several documents he had stolen from the Heartland Institute to more than two dozen fellow activists. And he threw in a fake memo for good measure -- one that purportedly showed the institute trying to spread misinformation about climate change. This was followed by the gasps of horror from left-leaning pundits.

Why Heartland? Because this free-market non-profit group has been at the forefront of the climate-change debate. They’ve published books, articles and reports, held conferences, and debunked the hysterical claims of the radical environmental movement. Their efforts have earned them the scorn of liberal activists who would rather smear their opponents than debate them.

Consider the title of one of Heartland’s most prominent environmental reports: “Roosters of the Apocalypse: How the Junk Science of Global Warming Nearly Bankrupted the Western World.” No wonder they found themselves in Gleick’s crosshairs. As the head of the left-leaning Pacific Institute, he apparently couldn’t let any credible challenge go unsabotaged.

So what did the stolen documents reveal? Mostly that Heartland has a broad base of support and that it is pursuing a variety of projects designed to further its mission. Also included was an array of confidential information -- donation levels, contact information for board members, and home addresses for some directors, for example.

The centerpiece of Gleick’s counterfeit cornucopia was an alleged insider memo outlining plans to stop teachers from “teaching science,” and to “undermine” reports from the U.N.’s Intergovernmental Panel on Climate Change. The memo also claimed the Charles G. Koch Foundation was funding Heartland’s climate-change efforts.

None of this was true, but it didn’t stop Gleick from loading his “smoking gun.” Unfortunately for him, his ammunition turned out to be blanks. Computer forensic work showed that the memo couldn’t have come from any Heartland computers. It references only the documents that Gleick stole (a theft which he later was forced to admit). It also contains factual errors that no one at Heartland would have made.

So why create this spectacularly inept forgery that has come to be known as “Fakegate”? It seems to be an obvious attempt to build a counter-version of “Climategate,” a genuine scandal that erupted when e-mails from the University of East Anglia were leaked in 2009 and 2011. They showed that certain scientists were manipulating data that didn’t support the left’s climate-change agenda and were blackballing scientists that refused to go along with that agenda.

Climategate gave the radical environmental movement a well-deserved and very public black eye -- and apparently a thirst for revenge.

Is Fakegate the extremists’ way of admitting that they cannot compete in the environmental debate on a level playing field? The polls aren’t going their way. Nor is the science. In the face of all this, has it just become too much work for them to engage in a fair fight over the facts? Considering that the odds of them winning a fair fight get longer every day, it appears that the answer is yes.

There’s nothing more American than asking questions -- even ones that radical environmentalists insist are settled. Bravo to Heartland for standing up to the bullies who want to pretend otherwise.