The Socialist-Democrat false narrative of systemic racism and white supremacy

D.W. Wilber
|
Posted: Mar 27, 2021 12:01 AM
Share   Tweet
The opinions expressed by columnists are their own and do not necessarily represent the views of Townhall.com. 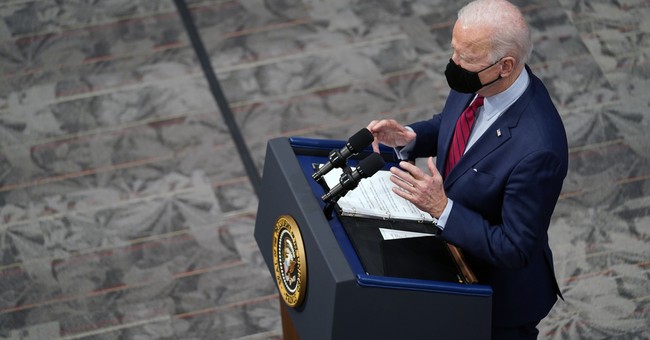 “Malarkey”, to quote the current occupant of the White House.

This could be the shortest opinion piece in history, since that single word pretty much accurately sums up the topic of systemic racism and white supremacy in America today. There really is not much more that needs to be said with regards to that false narrative that is being proclaimed all across the country by the party of the ‘woke’, the Socialist-Democrat Party, and their supporters in the news media.

Yes the history of slavery and racial prejudice did indeed exist and certainly is a stain on America’s heritage.  But for most Americans the subject of racial division in our nation had become a thing of the distant past. For a few decades now Americans for the most part had rid themselves of racial prejudices. They no longer paid any attention to the color of one’s skin n their daily life.  Dr. King’s hopes for a color blind society had finally arrived for most Americans.

Are there still individual racists today in America? Absolutely, there’s no denying that there have always been, and very likely always will be a very small number of people who simply won’t give up their racial stereotypes and personal animus towards people who are different from themselves. But their numbers have dwindled to near insignificance in the overall picture of American in 2021.

The overwhelming vast majority of Americans dismiss them, and view them with disgust and disdain. As a society America discarded racism and white supremacy long ago.  It simply no longer exists, with the exception of a few very small pockets and groups who do not reflect the opinion, nor represent the majority of Americans.

But unfortunately in January of 2009 with the inauguration of Barack Hussein Obama all of this changed.  And now our country is afire with racial division, the fires stoked by the usual suspects like Al Sharpton, Jesse Jackson, and indeed Barack Obama himself.  But racial tensions are also being inflamed by organizations like BLM and ANTIFA, along with and being encouraged by the Socialist-Democrat Party (Plantation Party).

The ‘Plantation Party’ instead of working for Dr. King’s colorblind society now uses the black community and racial unrest as their only way of staying in power. They keep telling the lies of systemic racism and white supremacy over and over hoping that eventually many will believe it to be true.

It’s a tactic used since the days of former Democrat President Lyndon Baines Johnson. I won’t repeat here the well-known quote made by Johnson about attracting black voters for the next two hundred years, but suffice it to say it was a disgustingly racist and insulting comment that clearly illustrates the mindset of many Democrats then, and even now. Curiously I haven’t heard that Nancy Pelosi has been calling for any sculptures or plaques of Lyndon Johnson to be removed from the U.S. Capitol.

The Socialist-Democrats are the direct cause of any racial tensions occurring in this country. They have been lying to Black Americans for decades, promising everything and delivering little. Sadly many of the black members of the Socialist-Democrats in Washington feed this false narrative as their way of getting elected and re-elected, so that they can enrich themselves and their families off of the votes of Black Americans.  And what do Black Americans get in return for their votes? Not very much, maybe a new ‘ObamaPhone’.

But if you keep feeding them lies and empty promises, hopefully enough of them will keep coming back so that you can stay in power.  At least that’s the tactic that the Socialist-Democrat Party continues to use.

And many Black Americans indeed do stay loyal to the party, even though it had done very little for them for decades.  That is until President Trump offered them an alternative.  Lower unemployment, criminal justice reform offering a second chance for many black offenders in prison, and ‘Enterprise Zones’ to give new opportunities for black entrepreneurs.  An alternative to which a larger percentage of Black Americans started to turn to, leaving the Socialist-Democrat plantation for a real opportunity for a better life in America.

And it’s all nothing but a bunch of Malarkey.