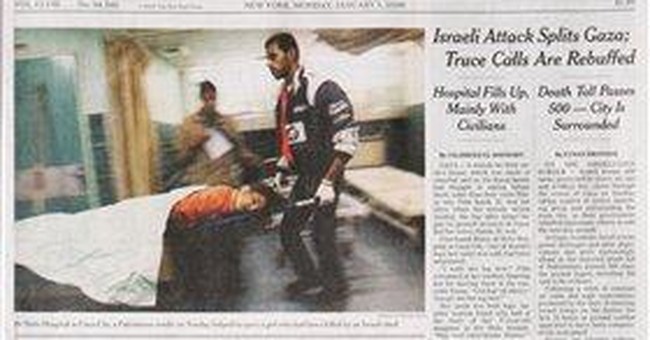 The abrupt closing of The Rocky Mountain News seems to have finally gotten the attention of many in the newspaper business. Sadly, too late to save what was once a noble profession.

Recently, a friend of mine who is a self-described liberal editor at a major newspaper in the United States, explained to me one of the reasons why the major dailies started their death spiral a number of years ago. “So many of my colleagues put their far-left ideology before the bottom line and the financial health of the very newspaper that pays them. In still what is basically a 50/50 nation politically, they have gleefully delivered insults onto the front porches of conservatives and centrists and were thrilled when those from the center or center-right would call to cancel their subscriptions to the paper.”

Every day, we see, hear and read of liberal newspapers like The New York Times, The Los Angeles Times. The Seattle Post-Intelligencer, and The Philadelphia Inquirer teetering on the brink of extinction. How should conservatives or centrists feel about these far-left editors and reporters losing their jobs?

Should we feel pity? Should we coldly point out -- as my liberal editor friend does -- that these editors and reporters, because of their almost open hatred of all things conservative, are themselves responsible for their unemployment and pending financial problems? Leaving aside the growing list of “journalists” joining the Obama administration, as their less fortunate far-left colleagues hit the unemployment line in tough economic times, should we remind them that they were and are partially responsible for the economic crisis which is preventing them from finding a new job?

The economy, much like the political process, is driven in part by perception. These liberal editors and reporters certainly understood that. For much of the last three years, they did everything in their power to talk down the American economy in a blatant attempt to ensure the election of a democrat in the 2008 presidential election. From one end of the nation to the other, liberal newspapers and television networks would unleash their Chicken Littles to proclaim that the sky was falling and only Hillary Clinton or Barack Obama could save us. When the economy imploded in mid-September of 2008, they piled on even more to help push Obama over the finish line.

Whoops. Fast forward a few months and it’s clear they orchestrated their propaganda campaign a bit too well. I just spoke with a liberal Member of Congress and an investment banker about the role the media is playing (and denying) in driving down our economy. Both said that the non-stop negative news is having a direct, lasting, and detrimental effect on the economy and that it has to stop.

Why would these liberal reporters and editors continue to tear down the American economy when they successfully helped to elect Barack Obama? My liberal editor friend says they still can’t help themselves. Rather than lay any blame on Democrat leaders in the House and Senate -- following the “no blame for Democrats” example set by President Obama -- these far-left editors prefer to vilify the “evil” banks and “wealthy” corporate leaders. As they daily or even hourly attack these “evil institutions” and leaders, is anyone surprised at the effect these irresponsible rants have on the bottom-line of these banks, companies, the market, and our very confidence in the system?

These newspapers are going out of business because they believe in manufactured and biased “news” but not honesty. If they did believe in honesty, they would admit that not only does the leadership at their paper have to be liberal, but also the movie reviewers, the fashion reporters, the sports reporters, and those who report on “Global Warming.” In a nation and world where Pulitzer and Nobel Prize committees are controlled by the far-left, where the vast majority of college professors are liberal, where the entertainment industry is far-left, and where “Historians,” have long since stopped hiding their far-left beliefs, is any of this a shock? Is it any wonder that readers and the majority of the American people have tired of the countless liberal indoctrination sheets masquerading as newspapers? The breaking point has been reached.

While my liberal editor friend says the Internet and the economic meltdown are greatly accelerating the demise of these papers, he still believes it started with the biased and unethical behavior of far-left editors, reporters, and columnists. Unprincipled behavior that caused conservatives and centrists by the millions to cancel their newspaper and magazine subscriptions over the course of the last two decades.

Why do I think “Historians” will never see it that way?