Donald Lambro
|
Posted: Jun 07, 2019 12:01 AM
Share   Tweet
The opinions expressed by columnists are their own and do not necessarily represent the views of Townhall.com. 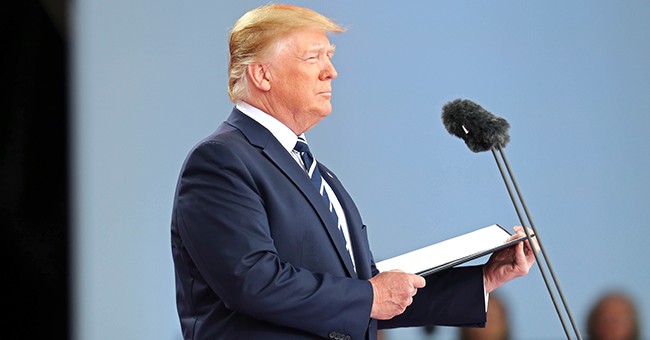 The National Association of Manufacturers and the American Automotive Policy Council, a major lobbying group for the nation's biggest automakers, said Trump's tariffs could have a "devastating" impact on our economy.

"These proposed tariffs would have devastating consequences on manufacturers in America and on American consumers," NAM President and CEO Jay Timmons said in a statement.

"We have taken our concerns to the highest levels of the administration and strongly urge them to consider carefully the impact of this action on working families across this country," Timmons added.

Trump warned Mexico last month that if it did not take swift action to reduce the flow of illegal migrants from Central America into the U.S. before June 10, he would slap a 5% tariff on all of its goods coming into the U.S.

If Mexico refuses to meet his demands, the president said he will raise his tariffs to 10% on July 1, and to 15%, 20% and 25% after that over succeeding months.

But Republican senators, meeting in a closed-door luncheon Tuesday, warned Trump that they were ready to block his plan by organizing a veto-proof majority opposed to the tariffs against one of our largest trading partners, according to news reports.

"There is not much support in my conference for tariffs -- that's for sure," said Republican Senate Majority Leader Mitch McConnell, adding that he hoped negotiations with Mexico would be "fruitful" and that tariffs would be avoided.

At least half a dozen Republican senators spoke out against the tariffs at the GOP meeting, and many more have been sharply critical of the president's trade policies.

The legal process under which the Republicans would block Trump's action remains murky, but he could use his earlier declaration of an emergency at the border to justify his action.

"But the law that provides for presidential emergency declarations also allows Congress to vote to overturn them," the Washington Post reported.

When Trump declared an emergency on the border earlier this year, Congress moved to overturn it, but failed to muster the two-thirds vote to override his veto.

This time, however, McConnell and other lawmakers say they have the two-thirds to reject the president's likely veto.

Republican Sen. Kevin Cramer of North Dakota, among others, says there are as many as 20 Republican votes to turn back Trump's tariffs, with the help of widespread Democratic opposition.

Meantime, U.S. business organizations have decided that this time they are going to play hardball with Trump on his aggressive tariff actions.

"The U.S. Chamber of Commerce is weighing a lawsuit against the White House over President Trump's latest round of tariffs," reports USA Today's Nathan Bomey.

The influential lobbying group confirmed that "we are exploring all options, including legal action," Bomey reported.

"Imposing tariffs on goods from Mexico is exactly the wrong move," says Neil Bradley, the Chamber's chief policy officer. "These tariffs will be paid by American families and businesses without doing a thing to solve the very real problems at the border."

According to an analysis from Deutsche Bank, "some 35 percent of all U.S. auto parts consist of components manufactured abroad -- and Mexico is one of the U.S.'s largest trading partners, with a bilateral relationship worth $671 billion last year, according to the U.S. Trade Representative's office," Bradley says.

That impressive figure isn't lost on the NAM or the AAPC, raising fears that in the end, the cost of Trump's tariffs will be passed along to consumers, who will foot the bills through higher auto costs.

Meantime, factory goods orders dropped in April by 0.8%, the most in two years, and shipments of manufactured goods fell 0.5%, the largest decline since April 2017, the Commerce Department reported Tuesday.

Fasten your seat belts -- we may be in for a bumpy ride.