Divided GOP about to Snatch Defeat from Jaws of Victory

Donald Lambro
|
Posted: Apr 13, 2016 12:01 AM
Share   Tweet
The opinions expressed by columnists are their own and do not necessarily represent the views of Townhall.com. 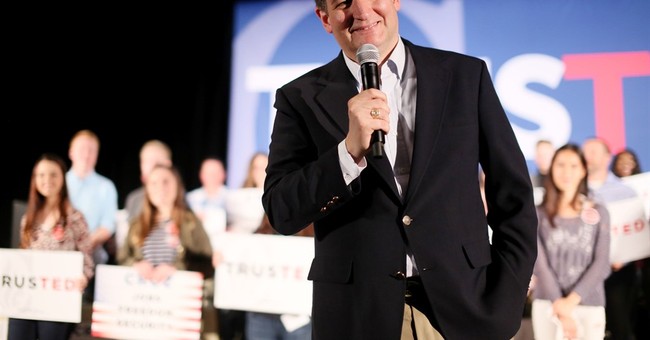 "These are the times that try men's souls," essayist Thomas Paine wrote during the American Revolution.

There are many concerned Americans who would agree that Paine's famous opening line in "The Crisis," published on Dec. 23, 1776, would apply to our own situation in the 2016 presidential election, which has divided our nation at a time of great political upheaval.

In a real sense, we are facing yet another revolution, in one way or another. Indeed, Vermont Sen. Bernie Sanders calls his campaign for socialism, which is drawing strong support across the country, "another American revolution."

Meantime, Donald Trump, the clear front-runner for the Republican presidential nomination, has virtually declared war on Mexico, threatening to intercept and confiscate billions of dollars being sent home by millions of Hispanics living here. That is what he is planning to do if Mexico's government doesn't agree to pay tens of billions to build a wall across 2,000-plus miles of our shared border.

Mexico's leaders say that any confiscation of funds sent to their homeland would wreak havoc with their economy, vowing that they will never comply with his illegal extortion scheme.

But Trump's declarations of war do not stop there. He is threatening our largest trading partners with punishing tariff taxes (between 25 and 35 percent) on all foreign goods imported from China, Japan and Mexico.

He says this will create more jobs here at home. But it will result only in these and other countries retaliating by raising taxes on our exports, hurting U.S. producers and killing millions of jobs.

American consumers will be hurt, too, because they will end up paying a lot more for imported goods at Walmart and other discount stores as a result of Trump's taxes. The result will be a trade war, not unlike the Smoot-Hawley tariffs in the 1930s that contributed to the Great Depression.

You won't hear very much, if anything, about this on the nightly network news, but the U.S. economy is not that far away from a recession, the definition of which is two back-to-back quarters of zero growth or worse.

Over the last seven-plus years of Barack Obama's presidency, economic growth rarely rose out of the 2 percent range and is now forecast to have fallen below even that anemic level. The Obama economy barely grew by a pathetic 1.5 percent in the last three months of 2015, and this year, economists say, it's going to be a lot weaker than that.

Let's start with the Federal Reserve Board, which at its last meeting decided to postpone any increase in near-zero interest rates because of a clearly underperforming economy that is widely described as "fragile."

This month, the Commerce Department released data for February wholesale inventories that declined by 0.5 percent -- the largest drop in nearly three years. And the previous month's numbers were revised downward by 0.2 percent. The inventory's sector on which the economy's GDP growth rate is calculated, which excludes autos, dropped by 0.4 percent.

That sent a fearful shudder among the Atlanta Fed's GDPNow trackers, who revised their growth estimate from 0.4 percent to 0.1 percent. So did many other economists.

"More economists are forecasting that the U.S. economy nearly shrank in the first quarter," writes Akin Oyedele in the Business Insider.

J.P. Morgan economist Daniel Silver lowered his growth estimate for the first three months to 0.2 percent. Barclays dropped its forecast from 0.4 percent to 0.3 percent, and Goldman Sachs lowered its from 1.2 percent to 0.9 percent.

Think about this for a moment. The American economy is not just slowing down this year; it is edging closer to yet another recession under a failed Democratic president who keeps telling us that we've never had it so good.

Meantime, Obama is winding down his presidency and preparing to move back into private life as the country gets ready to choose his successor in November. This is an economic scenario that should be a slam-dunk for the Republicans to win back the White House and hold the Congress.

But not with Donald Trump leading the GOP presidential ticket. Among eight head-to-head, general election polls that were charted by the Real Clear Politics website in March, Hillary Clinton led Trump in all of them -- in most cases by double digits.

And we can't blame this on the false belief -- promoted by the liberal news media -- that the Republican brand has been irreparably damaged in the large electorate. In the last two elections, the GOP has had a spectacular run in Congress, the governorships and state legislatures.

"The 2014 election yielded the highest number of GOP House members since 1928, and the second highest number of GOP senators," says political columnist Michael Gerson. Republicans now hold 31 of the 50 governorships, 70 percent of state legislatures, and are in full control of the major government branches in 25 states.

No, this is the result of a bitterly divided party, one wing of which is wildly embracing a nativist, protectionist, isolationist agenda that is a political loser. And it's led by an egotistical, eccentric billionaire whose imperious temperament and emotional outbursts make him ill-suited to the high office he now seeks.