Derek Hunter
|
Posted: Feb 08, 2021 12:01 AM
Share   Tweet
The opinions expressed by columnists are their own and do not necessarily represent the views of Townhall.com. 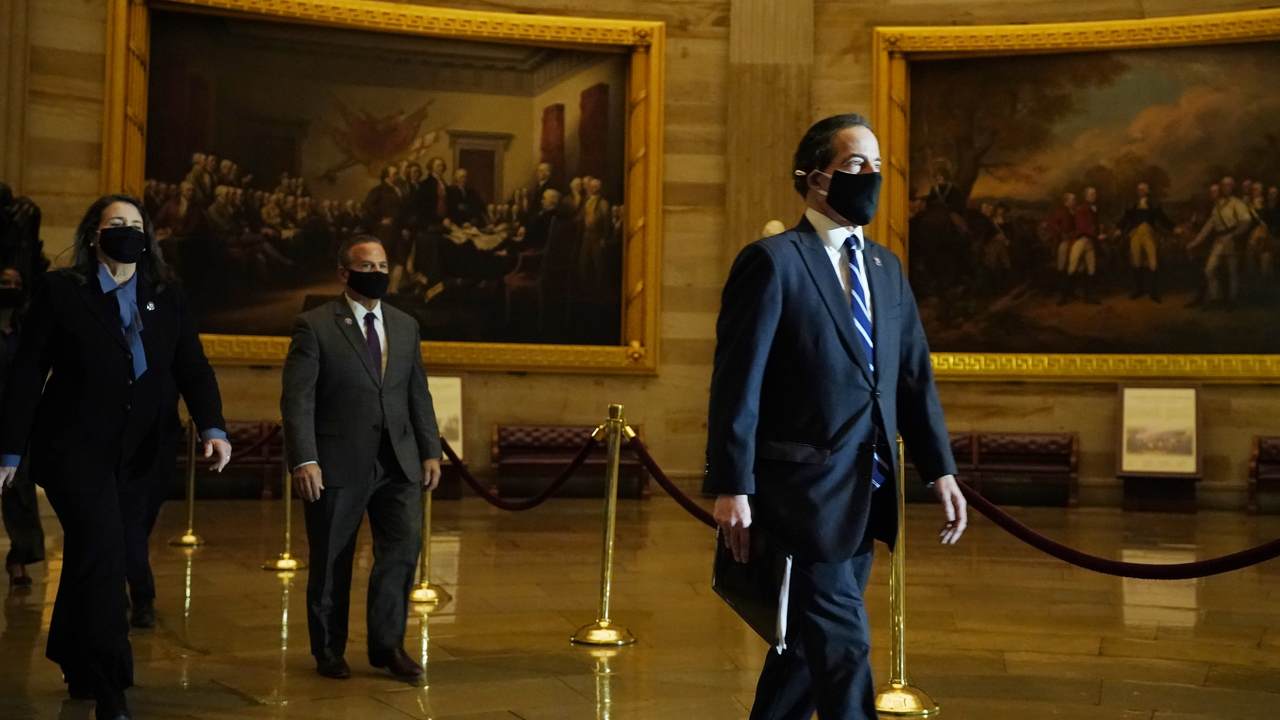 Sequels are rarely as good as the original. For every Godfather 2, there are 10 Caddyshack 2s out there, sequels so bad they retroactively taint the original. The impeachment trial starting in the U.S. Senate is a lot like a really, really bad sequel, and like Caddyshack 2, the cast is just horrible.

If you’ve never seen Caddyshack 2, consider yourself lucky. The original cast was smart enough to run away from that steaming pile of a movie as fast as they could, with the exception of a cameo from Chevy Chase (and you have to assume they either offered him a 100-foot-tall pile of money or had something really embarrassing on him they threatened to release if he didn’t do it). I mean, they had Jackie Mason in the Rodney Dangerfield-esque role, for crying out loud.

The impeachment will likely work out just as well. Playing the role of Adam Schiff this time is Jamie Raskin, Democrat from Maryland. Raskin was first elected in 2016, and his first act after being sworn in back in January of 2017 was to object to the certification of the Electoral College vote.

Raskin is as partisan as they come. Don’t let his “aw, shucks” attitude and hair that curiously always seems to appear wet, like he just stepped out of the shower, fool you into thinking he’s anything but a power-mad progressive ready to shred the Constitution to get his way. Perhaps the only interesting part of watching this hypocrite try to present this sham of a case will be knowing the media will be living in fear of their audiences finding out how his first act as a Congressman was doing what he’ll be arguing is a “threat to democracy,” because they surely aren’t going to tell anyone.

What’s funny about the conga line of leftists Nancy Pelosi picked to kamikaze this case is how the media is billing it as “diverse,” as if it matters. Reuters opened their story on it with the sentence, “The nine Democratic lawmakers who will prosecute ex-President Donald Trump in his impeachment trial reflect America’s racial, ethnic and sexual diversity,” like that somehow matters.

“Among the nine, Stacey Plaskett and Joe Neguse are Black, Joaquin Castro is Latino, Ted Lieu is Asian and David Cicilline is openly gay. Cicilline is also Jewish, as is lead manager Jamie Raskin,” Reuters gushed. Having the United Colors of Benneton running the show makes the unconstitutional nature of trying a former President of the United States all worth it, doesn’t it?

One member of the “team,” the fittingly named Castro, said, “It’s a group of members of Congress who really reflect the face of the country.” Imagine thinking this way. It’s the mentality that replaced Ted Knight with Robert Stack thinking it would be box office gold.

The fact is, this whole thing is a joke, a bad one at that.

In what is the funniest bit of stunt casting, à la Dan Aykroyd replacing Bill Murray as the groundskeeper at Bushwood Country Club, Eric Swalwell is on the team too. That a guy outed as having spent the formative years of his political career sleeping with a Chines communist spy named Fang Fang is going to be presenting any part of this case can only be viewed as comic relief.

This whole affair, were you to write it as fiction, would be rejected by any editor as too absurd to be believable; they’d tell you to tone it down. One buffoon would be believable, maybe, but a clown car full? Especially a car full of clowns picked, at least in part, so they could be celebrated over the color of their skin and who they slept with is freshman year creative writing class-level ridiculous.

This is what Nancy Pelosi thinks the country wants, and in her insulated circle of sycophant rear-end kissers, it probably is. Also, when you look at the Democratic Party caucus in the House of Representatives, maybe this team does represent their very best?

Then again, since they’re going to lose, maybe they’re just the lambs Pelosi doesn’t mind marching off to slaughter. She wouldn’t want to damage the future of anyone who has one. If you look at the items on the resumes of the cast of Caddyshack 2 after appearing in that mess, being the star of a horrible sequel is the quickest pathway to obscurity. It couldn’t happen to a nicer group of people.