We Live in Stupid Times

Derek Hunter
|
Posted: Jan 07, 2018 12:01 AM
Share   Tweet
The opinions expressed by columnists are their own and do not necessarily represent the views of Townhall.com. 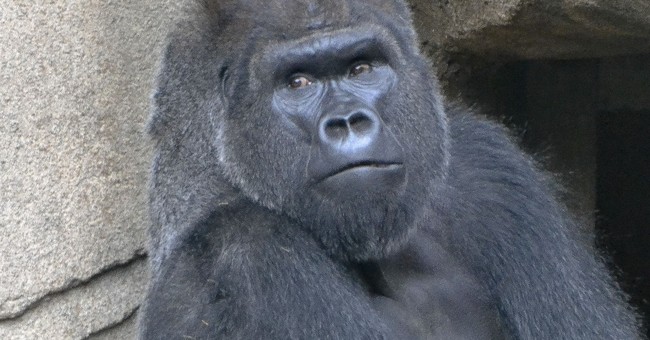 Remember the “harmonic convergence”? It was the alignment of the planets that took place in 1987 some said was going to bring about major changes in the world. And then there was Y2K, when people hoarded canned goods and caused at least one person to take a homemade concoction that turned his skin permanently blue. Those were stupid times. But they have nothing on today.

What a clown show we’ve become. The year is a week old today and already dumb enough to make me yearn for 2017.

I have no idea what’s true and what’s not true in the new book Fire and Fury: Inside The Trump White House, and neither does anyone on cable television repeating its claims like they were a personal witness to the events described in it. But neither does the author, it seems.

In the book’s prologue he wrote, “Sometimes I have let the players offer their versions, in turn allowing the reader to judge them. In other instances I have, through a consistency in the accounts and through sources I have come to trust, settled on a version of events I believe to be true.”

That’s a long way of saying, “I don’t know if all this stuff is true, I didn’t bother to verify it. And I filled in some gaps myself because ‘why not?’”

Why not, indeed. Facts don’t matter anymore, and neither does reality. “Illegal immigrant” is now “undocumented worker” or, sometimes, even something as insane as “resident.” If a common legal term, used by governments for decades, can be deemed a “slur” and “hate crime.” When a New York Times editor cautions other “journalists” against using the term “chain migration” to insert more liberal spin into a debate over an issue which they’d already redefined the language, what chance does anything else stand?

And that’s just one example, there are countless others. None of which seemed to bother the media because, as MSNBC’s Stephanie Ruhle put it, “Even if not all of it is true, the spirit of the book is and it’s troublesome. It’s chaotic.”

What’s true and what’s fiction doesn’t matter because as that cable news personality basically put it, it fit what they all believe to be the case. We are now in a time where what is news is determined by the “spidey sense” of activists with media credentials.

As we learned with the Titanic, there is a lot more to an iceberg than just the tip. And this ridiculous week was no different.

A group of Democrats in Congress held briefings on Capitol Hill with a Yale professor named Brandy X. Lee who, in admitted complete violation of the ethics governing her profession, has edited and contributed to a book claiming President Donald Trump is losing his mind. What’s the point of ethics when you have a product to sell?

Lee found a receptive audience among the more unstable liberals in Congress, including Maryland Representative Jamie Raskin, who regaled CNN with tales of his “concern” for Trump’s mental health. Raskin, looking like he’d recently slept in a bag of potato chips, told CNN of his concern that the President was crazy.

What’s really crazy is advocating for policies that have failed throughout the world, as Raskin and his fellow travelers often do in government. Unstable is the mind calling for socialized medicine and extol the virtues of the UK’s National Health Service without acknowledging the fact that all non-emergency surgeries have been canceled for the month of January because their system is simply overwhelmed. That’s straightjacket-level insane.

All that in one week, without even mentioning the feud between President Trump and Steve Bannon over what Bannon told Wolff “on the record” for his book. On that I will say this: While I’ve only known “Sloppy Steve” socially, he strikes me as someone who does not think through what he does beforehand, but is capable of incredible feats of mental yoga to find ways to justify what he’d done after he’s done it. This jives with everything my friends who did work for him have told me about their experiences.

If the things Bannon has said about his political principles and goals were true, he became one of the biggest obstacles to achieving them with repeated slips of his sharp, arrogant tongue. The former chief strategist to the President only helped his cause if his cause changed to self-destruction.

And let us not forget about the fake “Gorilla Channel” story about the President that liberals swallowed hook, line, sinker…and whole boat. Like I said, 2018 started off with an incredibly stupid week. Only 51 more of them to go…