A Final Plea to Never-Trumpers

Dennis Prager
|
Posted: Nov 08, 2016 12:01 AM
Share   Tweet
The opinions expressed by columnists are their own and do not necessarily represent the views of Townhall.com. 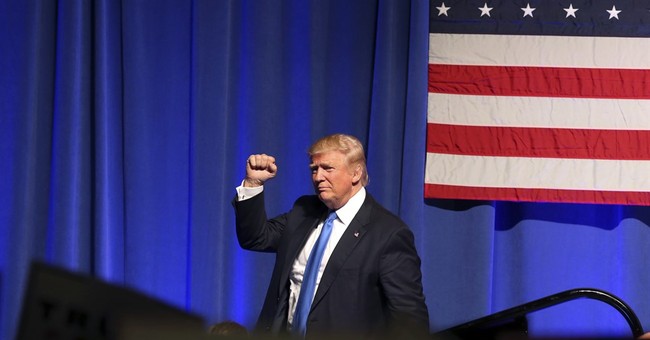 It is very hard to publicly affirm a position for nearly a year and to then, at the last minute, change one's mind.

Nevertheless, even as late as Election Day itself, I wish to address those conservatives and Republicans who have declared themselves Never-Trumpers.

I was one of you in vigorously opposing Trump's nomination -- on my national radio show and in my syndicated column. And I paid a price, as you have, in losing longtime supporters -- in my case any number of listeners who supported Trump from the outset and found my strong opposition to him disappointing and worse.

Unlike you, however, I did say from the beginning that if he were to be the nominee, I would vote for him.

On this Election Day, I am more convinced than ever that this was the right position. I even have to believe that in the wee hours of the night -- when worrying about the current and future state of our beloved country keeps you awake -- many of you have at least wondered whether you have taken the right position.

Most of you are simply too intelligent, too idealistic and too self-questioning not to have at least on occasion had second thoughts. If you understand -- and I cannot believe that most of you don't -- how destructive another four years of any Democrat in the White House, let alone the truly corrupt Hillary Clinton, would be, it is inconceivable that you have never questioned your Never-Trump position. Never-Trump, after all, is not the same as Never-Question.

To prove my point, one of my favorite Never-Trumpers, Jonah Goldberg, wrote in May: "If the election were a perfect tie, and the vote fell to me and me alone, I'd probably vote for none other than Donald Trump."

In that moment of exquisite honesty, Jonah acknowledged one of the most important moral arguments to be made for voting for Trump -- the Lesser of Two Evils argument.

To which conservatives who won't vote for Trump often respond: "The lesser of two evils is still evil."

Then there is the Never-Trump argument that Donald Trump isn't a conservative. I agree that he hasn't been his whole life, because he probably never gave the subject of the differences between left and right five of minutes of serious thought (nor, if we are to be honest, did Republican presidential nominee John McCain, whom I also worked hard to elect). But Trump and Mike Pence and his top political advisors are well to the right of Hillary Clinton and the Democratic Party. As Victor Davis Hanson wrote last week, in his plea to Never-Trumpers:

"On the Supreme Court, Obamacare, the debt, rebuilding the military, the Second Amendment, school choice, abortion, reforming the tax code, re-examining regulation, energy exploration and production, illegal immigration, sanctuary cities, and a host of other issues, the Republican ticket is the antithesis of Clinton/Kaine -- and is recognized as such by nearly all progressives."

Why isn't all that enough to vote for Trump?

Then there is the argument that electing Trump means that in the eyes of many Americans, especially young Americans, Trump will embody conservatism and Republicanism, and that would be a calamity.

On that noble concern, I am not willing to turn America over to four more years of leftism. First of all, the damage the left will do, if not permanent, will almost certainly last a generation. And I happen to think it could very well be permanent. Can you name a country outside of some formerly Communist countries (which had Communism forced on them), that chose to go left and has fully recovered from a generation of leftism?

Given the arguments in favor of voting for Trump, I see only three possible explanations for conservatives helping to elect Hillary Clinton.

One is that they are certain Donald Trump is so psychologically imbalanced that he will jeopardize America and the world. But they have to be certain of this. If they have any doubts, they have to vote for him -- because they are certain about Hillary Clinton and the Democrats. And between certitude and incertitude, one must always act on what is certain.

The second is their self-image: How can they, truly decent people, vote for someone who has exhibited the uncouth speech and behavior that Trump has? Or, as some have expressed it, "How can I explain to my daughter that I supported Donald Trump?"

As someone who also thinks of himself as decent, I think that saving America from Hillary Clinton, the Democrats, and the left is the most decent thing I can do. And as for your daughter, just have her speak to any of the millions of wonderful women who are voting for Donald Trump. They will provide your daughter with perfectly satisfying moral and woman-centered answers.

And the third explanation for the Never-Trump conservatives is they that they believe we will survive four more years of left-wing rule, and that America is really not in such bad shape anyway. That argument was made this weekend by a writer for National Review. "The United States of America is not a wreck," he reassures us. "The people who are telling you that it is -- on both sides -- are trying to sell you something. Don't buy it."

Question: What exactly am I, or Victor Davis Hanson, or Thomas Sowell, or at least half of The Wall Street Journal columnists, or millions of religious Jews, Protestants, Catholics and Mormons trying to "sell you"?

And second, that writer and others who think like him seem to be living in a different country than I am. Because compared to America at any time in its history except for the Civil War years, the country I am living in is indeed a wreck -- and getting worse each day, and in every way. After another four years of a Democrat in the White House the country called the United States will still be here, but America as envisioned since its founding -- as the world's beacon of individual liberty, Lincoln's "Last Best Hope of Earth" -- won't.

To think otherwise is willful self-delusion.