What Have You Said in Private? 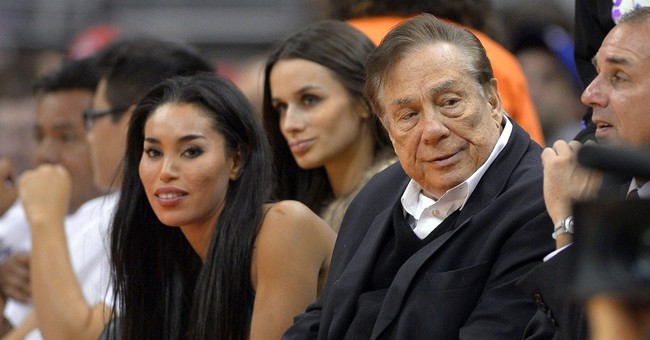 A private recording of racist remarks by the owner of the Los Angeles Clippers, Donald Sterling, in a telephone conversation was released last week. Among other comments, Sterling said to his former mistress, a black Mexican woman known as V. Stiviano:

"It bothers me a lot that you want to broadcast that you're associating with black people. Do you have to? ... You can sleep with [black people]. You can bring them in, you can do whatever you want. The little I ask you is not to promote it on that ... and not to bring them to my games. I'm just saying, in your lousy f---ing Instagrams, you don't have to have yourself with, walking with black people. ... Don't put him [Magic] on an Instagram for the world to have to see so they have to call me. And don't bring him to my games."

That these comments are racist and therefore contemptible goes without saying. But the incident raises other issues that are not as clear as the racism in Sterling's comments, yet they are at least as important.

One is the increasing release -- and acceptability -- of private recordings and videos. Take the video released last month of a married congressman engaged in a passionate kiss with a married member of his staff. This was a security surveillance video. Isn't the only reason for the very existence of surveillance cameras to catch criminals? Why didn't the release of such a video shock the media and the country?

I have consistently defended these ubiquitous video cameras against those who argue that they violate our privacy. I am convinced that they are indispensable to apprehending violent criminals, as they were in the case of the Boston Marathon terrorists. But, I have repeatedly added, if these cameras are ever used for personal or political reasons to ruin people's lives or careers, the perpetrators of the release must be punished severely, including prison terms. And if this abuse becomes widespread, the cameras must be taken down.

The fact that whoever released the surveillance video of the congressman has not been apprehended is a threat to us all. Yet this aspect of the incident has not even been discussed. All we heard was gloating over catching a conservative congressman in an act of infidelity.

Similarly, recordings of private speech must also remain private unless they pose a danger to others. When the media report private conversations that pose no threat of violence, they encourage more and more people to record and release private conversations. That, far more than the NSA trolling of billions of phone calls in order to identify terrorists, poses a real threat to privacy. Where are the civil liberties groups and libertarians on this issue?

Now, the second issue: How important to the public are the private remarks of public individuals? On July 18, 2000, I wrote an opinion piece in the Wall Street Journal titled: "Hillary Isn't an Anti-Semite."

It was a response to a book titled "State of a Union" by Jerry Oppenheimer, in which the author claimed that Clinton had called the Jewish manager of husband Bill's failed 1974 Congressional campaign, a "Jew bastard."

"I wish to defend Hillary Clinton," I wrote, "against the charge of anti-Semitism. I do so as a practicing Jew and a Republican. ... We must cease this moral idiocy of judging and labeling people by stray private comments. As David McCullough's biography of Harry Truman revealed, one of the most courageous friends American Jews and blacks ever had in the White House frequently used 'kike' and 'nigger' in private. He even wrote them down: In a letter home from New York, Mr. Truman described the city as 'kiketown.' Was this unfortunate? Yes. Important? No. Defining of the man? Absolutely not.

"I am repulsed by the loose talk about Mrs. Clinton's long-ago utterance. If that renders her an anti-Semite, then virtually every Gentile is anti-Semitic and almost every Jew is an anti-Gentile bigot.

"It is highly misleading to probe private comments for evidence of anti-Semitism, racism, bigotry and sexism. The present trend emanates largely from a lethal combination -- the totalitarian temptation inherent in contemporary liberalism and the media's sensationalism."

Now, as it happens, Sterling does seem to have behaved in a racist manner in the past. And these actions do matter in assessing Donald Sterling. It is worth noting, however, that the National Association for the Advancement of Colored People apparently felt that all the previous charges of racist conduct meant nothing. It was scheduled to award Sterling a lifetime achievement award at its upcoming Los Angeles gala in two weeks.

Yes, the private remarks attributed to Sterling are racist and awful. But the growing acceptance of leaks of people's private non-criminal behaviors and comments -- and the consequent judgment of these people -- will ultimately injure society far more than who owns the Los Angeles Clippers.