A Vital Political Question for 2010 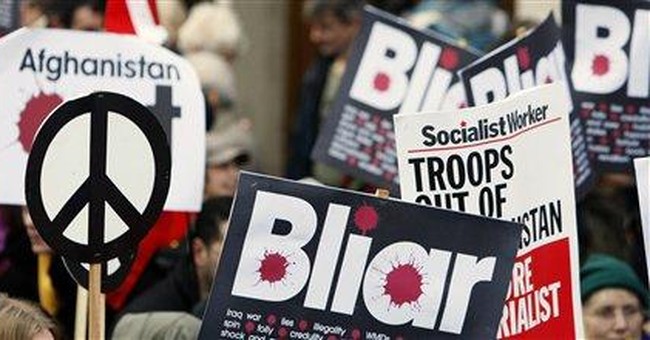 In the waning days of the 1980 presidential campaign, Republican nominee Ronald Reagan used his allotted time in the closing moments of his only debate with President Jimmy Carter to ask a question. It was one of the most effective rhetorical devices in American history.

“Are you better off today than you were four years ago?”

Because most Americans answered a resounding “No” that night, Mr. Reagan was able to pull the line out again four years later, this time as President and against Walter Mondale, who ran a quixotic campaign to oust him. And Americans answered by electing Reagan to a second term.

Over the years, the question about being “better off” has been used to great affect by many politicians, including later aspirants to the White House. It became, in effect, a rhetorical trump card.

Now there is another question in the room—one that was asked, in a manner of speaking, during several recent special elections and will be commonplace this November as all of us go to the polls in the “off-year” ritual. The question is: “Are you safer than you were four years ago?”

It is hard to find anything about President Barack Obama’s first term—at least anything of substance—that can be realistically characterized as successful. And by successful, I mean accomplishing one’s stated goals. Whether it was the healthcare bridge too far, cap-and-trade, or dramatically improving the economy, this administration has simply not delivered on what it promised. Of course, in the area of national security they have tried to make good on pledges, but have found the resistance to every move to be surprising strong.

And one gets the feeling that not only did they not see failure coming in the euphoria of those early halcyon days in charge—but they really don’t have a clue as to where to go from here. Nowhere is this more apparent than in the area of national security and dealing with the very real threat of Islamist terror. And nowhere are the stakes any higher.

The other day, Leon Panetta, Director of CIA, in concert with other leaders in the national security community, told Congress that a terror attack (the indication being that this would be an attempt of significant magnitude) is likely during the next three to six months. It was also suggested that this warning is based, at least in part, on information gleaned from the man who tried to blow up an American airplane en route to Detroit on Christmas Day, Umar Farouk Abdulmutallab. Presumably, this so-called “underwear-bomber” has been cooperating with authorities lately, following the intervention of some of his family from Nigeria, such intervention being prompted by FBI visits to that country.

With its too-sad-to-be-farcical “you-could-have-had-me-at-enemy-combatant” Miranda prolonged delay, this episode is in a real sense a window into the thinking—some would say, lack thereof—of the Obama administration on the whole issue of terror, Islamism, “detainees,” and national security. It seems that there is this naïve insistence on seeing and framing the issues as something nuanced—an almost “shirts versus skins” game—instead of a very grave matter of life and death.

A President is sworn to protect and defend the Constitution and by extension, therefore, those under its cover. The founders and framers did not fashion a document for global governance, nor did they seek to extend its protection beyond “we the people.” But these days we are witnessing the most ambitious attempt ever to broadly interpret its provisions.

On the domestic side, “we” the people is giving way to “for” the people, as those wiser-than-the-rest-of-us seek to “fundamentally transform” (to use Mr. Obama’s words) America. And when it comes to foreign policy and international issues, apparently now this new-improved understanding of our Constitution—one that makes Franklin Roosevelt look like a paleo-conservative in comparison—reads, “they” the people. It covers not only illegal aliens, but also non-U.S. citizen enemy combatants, giving them more rights than any of us would ever receive in some Islamist majority country.

“Are you safer than you were four years ago?”

Iran moves arrogantly and confidently forward to develop the materials and technology to soon become a nuclear power. Just the other day, its President, Mahmoud Ahmadinejad, talked of delivering a blow to “global arrogance” as that nation marks the anniversary of the 1979 Islamic Revolution on February 11.

Sure we protest, but words from a teleprompter don’t make much impact on a man who thinks he gets his ideas directly from Allah. And at any rate—the whole first year of Mr. Obama’s administration and its mea culpa “we like you” overtures to the Islamic world, notwithstanding—there is no evidence that anyone who hated us when George W. Bush was in town, hates us any less now.

In fact, someone in the White House should take a look at something else the mahdaviatist President of Iran said the other day in that same speech:

“If the Islamic Revolution had not occurred, liberalism and Marxism would have crushed all human dignity in their power-seeking and money-grubbing claws. Nothing would have remained of human and spiritual principles.”

Did you see that? The enemy is “liberalism and Marxism.” So as the current administration tries to pursue some kind of rapprochement with Iran and other Islamist nations, while at the same time trying orchestrate a decidedly more liberal agenda domestically—one that smacks of “Marxist” thinking at many turns—something ironic is happening.

The new “good guys” who tell us that America is now going be loved more around the world because bad old George Bush and the cranky conservatives are gone, have missed a key plot-point: Islamists hate democratic liberalism—with its socialist vision—even more than they hate militaristic neo-conservatism.

Of course, I hope and pray that we are spared any such terror attack this, or any, year. And I pray that there remains a sufficient remnant of discerning men and women in key areas of expertise and responsibility across the land, people who have not bowed the knee to the Baal of liberal statism and diplomatic naïveté, in place to forestall such a disaster.

But I must admit, there seems to be an inexplicable zeitgeist, combining lackadaisical apathy with arrogance that makes me feel anything but safe.

Someone talked to me recently about how, if we are attacked, people will rally around our new president like they did George W. Bush in 2001. I countered that I wasn’t so sure. That was a different time—before we really knew what terrorism meant on these shores. Post game analysis back then revealed so many areas of weakness leading to that dreadful day of terror on Sept. 11.

If such a thing, or anything similar, were to happen these days, I am not sure that those in charge now would get the kind of good will that translates into a political pass—or future.