A Free Press Is an Ugly Press 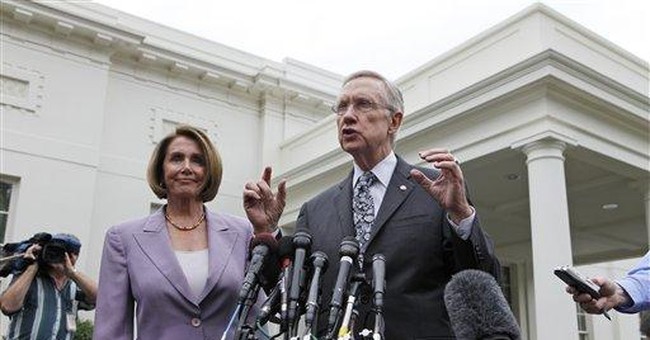 Trending
Why did The Associated Press -- and newspapers across the country -- run the controversial and disturbing images of an American Marine dying in Afghanistan? The AP said it was "to make public an image that conveys the grimness of war and the sacrifice of young men and women fighting it."

It succeeded. Fortunately, we are not a nation of trembling children powerless to discern between news and exploitation. And it is, despite the anger surrounding the AP's decision, the job of the press to offer citizens a glimpse -- albeit slight, in this case -- of the war they cover.

When photographer Julie Jacobson was patrolling with a Marine unit that came under attack in southern Afghanistan, 21-year-old Lance Cpl. Joshua Bernard was hit with a rocket-propelled grenade and died of his injuries. Embedded, Jacobson had photos of the unit prior to the attacks, of Bernard's death, of the evacuation and of the memorial service Bernard's fellow Marines held for him after his death. She did her job admirably.

Yet Sarah Palin, echoing the blistering condemnation of some conservatives and others, called the move a "heartless and selfish decision to turn its back on the wishes of a grieving family in order to exploit the tragic death of a true American hero." U.S. Defense Secretary Robert Gates wrote a "scathing" letter to Tom Curley, president and CEO of the AP, bemoaning his "lack of compassion and common sense" and "judgment and common decency" for defying "the family's wishes."

When looking at the photo series, "Death of a Marine," I felt a heightened respect for the gravity of war. The pictures unquestionably added humanity and context to Bernard's death.

Now, if I could recall a wanton penchant of the press to run photos of dead Marines, my reaction might have been very different.

It is also conceivable, of course, that I'm a callous journalist, willing to set aside all decency to quench my baser voyeuristic instincts. There is an undeniable emotional component to these pictures that can't be disregarded. It is unfathomable to imagine the anguish the Bernard family must feel.

Yet the awful reality remains. As cruel as it sounds, those concerns should not guide the journalist's decision-making process; the press can't be solely beholden to notions of decency or compassion -- subjective, as they are in most cases -- when it has a duty to follow a story wherever it goes.

Whether the mainstream press has abdicated this obligation in certain circumstances is a matter of useful discussion (unquestionably, the AP's cowardly refusal to distribute the Muhammad cartoons in 2006 for fear of upsetting some Muslims was a perfect example of this surrender), but trying to limit the media's capacity to cover war is no way to make it more accountable.

It was only recently that the Pentagon finally rescinded the misguided restriction on the media's ability to photograph military caskets, overturning the ban instituted by President George H.W. Bush at the time of the Gulf War. Our delicate constitutions can handle the debate over war. Obviously -- at the risk of dropping a massive cliché on readers -- the troops exist to defend the First Amendment and things like it, as ugly as they may find the results.

There is now some question as to whether the agreement with the AP stipulated next-of-kin permission to publish pictures of deceased or wounded military personnel. That issue should be investigated.

But on the debate over the substance of these pictures, the press has one overriding question to ask: Do the photos help citizens better understand the story of the war in Afghanistan?