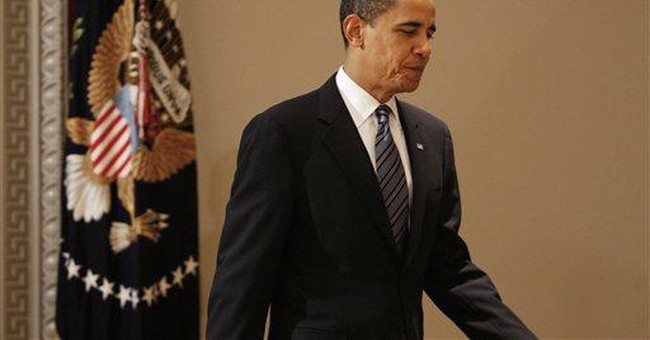 This week, the archbishop of Denver, Charles Chaput, told a Canadian audience, "A spirit of adulation bordering on servility" had sprouted up around Barack Obama. "In democracies," he went on, "we elect public servants, not messiahs."

Disciples at the Church of Transcendent Hope will learn, of course, that all politicians, even breathtaking orators, will disappoint. And Republicans should relearn the very same lesson.

For the past year, conservatives have been grousing about all the messianic adulation (at least, on this plane of existence) in the air. They've mocked it. They've criticized it. And with great eagerness, they've been prowling the nation trying to find their own savior to lionize.

When Sarah Palin first appeared on the national scene, she was greeted with an enthusiasm that far exceeded her achievements -- much like Obama. As soon as Palin's flaws emerged, Republican critics were treated to some Old Testament-style fury from the blindly faithful.

The newest contender for Redeemer is Louisiana Gov. Bobby Jindal, whose intellectual prowess and personal story rival the president's. The problem is that his retort to Obama's address to Congress only rivaled Jimmy Carter.

"I don't want to hear from you ever again if you think that what Bobby Jindal said was bad or what he said was wrong or not said well, because, folks, style is not going to take our country back," an agitated Rush Limbaugh bellowed.

When Limbaugh invites me on his show (and God only knows why I haven't been on yet), I will be forced to recuse myself. Yet I do believe he's onto something. Style alone isn't going to take the country back.

Too many conservatives have convinced themselves that Obama's temporary success is attributable solely to a remarkable aptitude to blow smoke with hopey-change bromides. The party out of power, in fact, always presumes that Americans are clueless imbeciles. But what if we are getting exactly what we want?

Let's partake in a theoretical exercise: Do you believe that the majority of Americans would accept socialism or nationalization if it meant saving their homes? Would they surrender their constitutional rights to rescue their cars or 401(k)s or keep them safe from terror? Would Americans forfeit freedom for safety, liberty or "fairness"?

We do it all the time under all administrations. But today we are undergoing a radical change in the role of government. Do we want it?

Republicans can only make a comeback if they convince us, once again, that a vibrant free market, with all its risks and pitfalls, is preferable to the stagnation of a centrally controlled economy.

So it's ideas, rather than personality, that matter. The leader comes later. And if that day ever comes, perhaps the Republican Party actually will adhere to the principles it advocates.

But we'll focus on one miracle at a time.