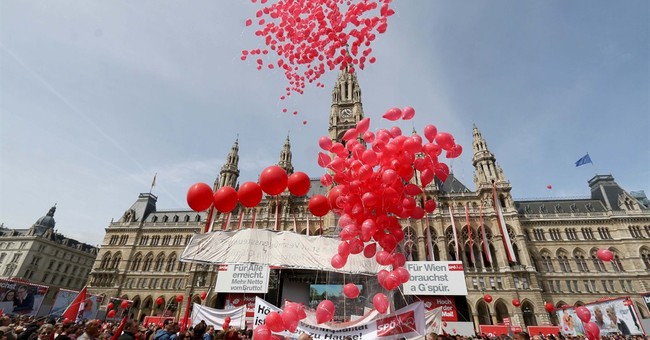 Today is the 116th anniversary of the birth of F. A. Hayek, one of the greatest scholars of the 20th century.

Back in 2010, as the tea party movement was on the verge of delivering an electoral rebuke to President Obama’s big-government policies, the New York Times derided the movement for reviving “long-dormant ideas [found in] once-obscure texts by dead writers.” They meant Hayek especially. But a more astute journalist might not have regarded Hayek as obscure.

Who was Hayek? He was an economist born and educated in Vienna. After the Nazi conquest of Austria, he became a British citizen and taught there and at the University of Chicago for most of his career. He was awarded the Nobel Prize in Economics in 1974. President Ronald Reagan called him one of the two or three people who had most influenced him, and so did some of the dissidents behind the Iron Curtain. President George H. W. Bush awarded him the Medal of Freedom. Margaret Thatcher banged his great book “The Constitution of Liberty” on the table at Conservative Party headquarters and declared “This is what we believe.” Milton Friedman described him as “the most important social thinker of the 20th century.”

But respect for Hayek extended far beyond libertarians and conservatives. Lawrence H. Summers, former president of Harvard and a top economic adviser to Presidents Clinton and Obama, called him the author of “the single most important thing to learn from an economics course today” – that markets mostly work without plans or direction. He is the hero of “The Commanding Heights,” the book and PBS series on the battle of economic ideas in the 20th century. His most popular book, “The Road to Serfdom,” has never gone out of print and saw its sales explode during the financial crisis and Wall Street bailouts. John Cassidy wrote in the New Yorker that “on the biggest issue of all, the vitality of capitalism, he was vindicated to such an extent that it is hardly an exaggeration to refer to the 20th century as the Hayek century.”

In much of his work Hayek explored how society can best make use of "the dispersed bits of incomplete and frequently contradictory knowledge which all the separate individuals possess."

When we see an orderly process, we naturally assume that someone has designed or planned it. Hayek says that we fail to distinguish between two kinds of orders: the "made" or planned order, such as a business firm or other limited organization, and the "grown" or spontaneous order, such as the whole society or market process. It is crucial to make this distinction, however, because the two kinds of orders are very different. Notably, the made order is designed for a specific purpose, while the grown order reflects the different and often competing purposes of many individuals and enterprises.

Hayek’s last book, The Fatal Conceit, published in 1988 when he was approaching ninety, returned to the topic of the spontaneous order, which is “of human action but not of human design.” The fatal conceit of intellectuals, he said, is to think that smart people can design an economy or a society better than the apparently chaotic interactions of millions of people. Such intellectuals fail to realize how much they don’t know or how a market makes use of all the localized knowledge each of us possesses.

The failure to absorb that lesson leads to many of our modern policy problems, from the financial crisis to the inner-city chaos wrought by the war on drugs to the failed attempt to use the U.S. military to “build nations” overseas.

Reagan and Thatcher admired Hayek, but he always insisted that he was a liberal in the classical sense, not a conservative. The last chapter of “The Constitution of Liberty” was titled “Why I Am Not a Conservative.” He pointed out that the conservative “has no political principles which enable him to work with people whose moral values differ from his own for a political order in which both can obey their convictions. It is the recognition of such principles that permits the coexistence of different sets of values that makes it possible to build a peaceful society with a minimum of force. The acceptance of such principles means that we agree to tolerate much that we dislike.” He wanted to be part of “the party of life, the party that favors free growth and spontaneous evolution.” I recall an interview in a French magazine in the 1980s in which he was asked if he was part of the “new right,” and he quipped, “Je suis agnostique et divorcé.” (“I am agnostic and divorced.”)

Hayek was more than just an economist. He also published impressive works on political theory, psychology, and the methodology of the social sciences.