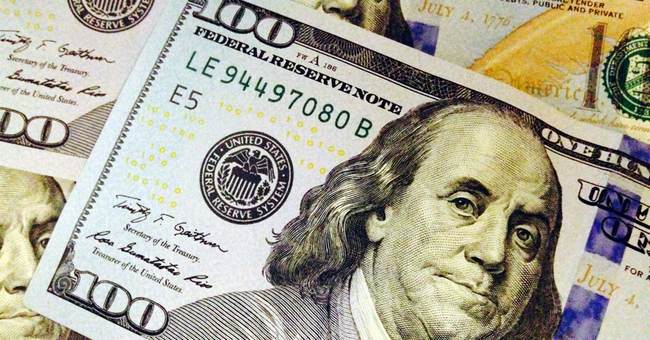 The beginning of wisdom is learning how to speak truth to power. The world is filled with people who, under American law, are equal – but in fact are blessed with different talents, levels of opportunity, ambitions and proclivity or disposition for work. That said, hard work deserves to be rewarded, not deterred, and we reward hard work in a free society with what we call income. So, here is the rub. The economy slows when the incentive to work is replaced by government programs that create dependence. And how does that happen? It happens when our leaders beat the war drums of class warfare and income inequality, instead of encouraging Americans to work and allowing them to keep the income they sacrifice to earn. So, let’s end the fiction and talk honestly.

In a nutshell: Income inequality has become a popular cry for those on the Left who seek to justify ever higher taxes on the average American, with a neat escalation clause for those who work harder, save more, have higher education levels or make more. The real culprit that is hurting American workers, however, is not income inequality: It is government gluttony, or in a phrase, “income confiscation.” We work hard, and the government takes more and more of what we earn. The facts have become increasingly absurd, so follow me: Bloated taxation, or income confiscation, is destroying the country we love. Taking the fruits of your labor to buy block votes and bloated programs that politicians want to spend your money on is, if legal, increasingly unconscionable. The real impact is to slow the American economy, diminish confidence in the workplace, deter small businesses from starting and cripple the average worker. This runaway idea – that politicians own your money for themselves – must stop.

As Ronald Reagan once said, “Facts are stubborn things.” So, let’s look at the facts. As a young worker in the 1950s, the government confiscated 4 percent of my income. They took 2 percent to pay for Social Security and my boss had to match 2 percent of my wages into Social Security. Today they take 15.3 percent, half from my pay and half from the company I work for. This to cover Social Security and Medicare. There was no sales tax then, today it is 7 percent. So now they are confiscating over 22 percent. That’s 18 percent less spendable income today, before I pay income tax! Look at the history of your own family’s relationship with government. You will find some version of the same, I wager.

Today, young people are getting the short end of the stick and they have no idea, while many seniors receiving Social Security have to pay income tax on their benefits – even though they already paid income tax on the money when it was earned. So do veterans on pensions – at the federal, and in most states. Local governments confiscate more of your money with property taxes. Forty-one states have a state income tax and if you are lucky enough to work in New York City you have a city income tax, plus your employer has to pay a mass transit tax.

More facts: Just about everything you buy includes a built-in tax you never see. In the U.S., companies must pay a 35 percent corporation tax on earnings. Do they simply take that from their profits and pay the tax? No, they increase the price on their products or services to absorb that tax, so that means the cost is passed on to you, the consumer. Each passing year, governments at all levels – particularly the federal government – are confiscating more and more of your income. No wonder people feel like we are not better off than we used to be. It’s driving some people crazy.

Speaking of driving, did you know you pay a federal gasoline tax of 18.4 cents on every gallon of gas you buy? Add in the average state gasoline tax and the government is confiscating almost 50 cents on every gallon of gas sold. That is a lot of money. Our federal government continues on a wild spending spree with the money they confiscated from us, habitually spending more money than they collect, and every year putting our children and grandchildren into $18 trillion of debt.

So, what is the answer? We have to cut taxes and discontinue programs that do not work, that take away jobs and responsibilities from the private sector that belong there, that the president thinks buy him votes, or that a congressman considers his personal pet project – all with your money. We have to root out the pervasive overspending and fraud in government and genuinely commit to eliminating wasteful spending.

How do you get our free economy and free people moving again? The answer has nothing to do with more government, at any level. It has to do with old principles that built the country and have made us the envy of the world. When it comes to government, less is more. Lower taxes and less regulation create more jobs, higher growth, better jobs, stronger communities and more secure people. That is why John Kennedy and Ronald Reagan cut taxes and watched the U.S. economy prosper. And then there are parallel principles, like trust the people, keep government limited, empower the individual to make the most of themselves, let them enjoy their hard-earned income – along with “life, liberty and the pursuit of happiness.”

In short, let’s speak truth to power. Stop imagining the core problem is too little class warfare, too little government or “income inequality,” and start calling spade a spade: Mr. President and those in Congress who are still listening, please stop confiscating America’s hard work, blithely fueling your personal and political priorities and the insatiable appetite for more government spending. The beginning of wisdom is knowing how to speak truth to power.