SPLC Is Fatally Flawed, But Its Toxic Mission Continues

Dale Wilcox
|
Posted: Nov 05, 2019 1:39 PM
Share   Tweet
The opinions expressed by columnists are their own and do not necessarily represent the views of Townhall.com. 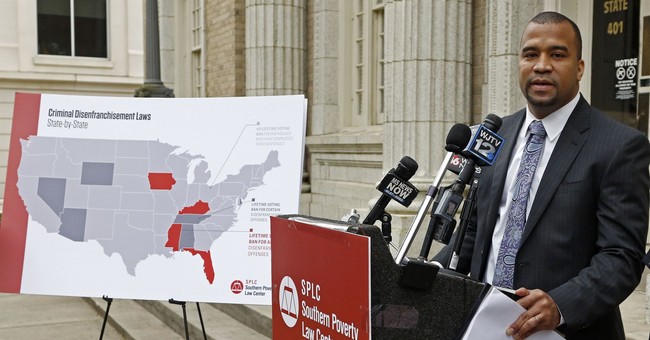 For almost a year now, the Southern Poverty Law Center (SPLC) has resembled a jetliner experiencing serious engine problems in mid-flight. Yes, it’s still moving forward, but badly hemorrhaging fuel and endangering the lives of its passengers and people on the ground.

The Alabama-based “nonprofit” (more on that later) has been licking its wounds and staying under the radar as it weathers the storm from a series of scandals that rocked the organization. That hasn’t stopped it, however, from its agenda to smear conservative groups for profit while influencing similar entities in other countries.

The sordid tale was given short shrift by the establishment media and deserves retelling. A letter from SPLC workers to leadership in March referred to charges of “mistreatment, sexual harassment, gender discrimination and racism” within the organization. The subsequent firing of founder Morris Dees seemed to confirm one of the worst-kept secrets in politics: that Dees carried with him a decades-long track record of sexual harassment allegations from female SPLC employees, though he has denied those claims.

Despite the organization’s best efforts to spin the story, the scandal was not limited merely to its patriarch’s alleged Clintonian views on women in the workplace. The departure of Dees served to expose massive cultural rot within. Longtime SPLC President Richard Cohen resigned in April, along with legal director Rhonda Brownstein and board member Jocelyn Benson.  Meredith Horton, an African-American SPLC attorney, also resigned, citing the group’s lack of inclusiveness in its hiring practices. The shakeup continues as Heidi Beirich, a staffer of more than 20 years, recently in charge of the group’s “Intelligence Project,” resigned in October.

Schadenfreude is not the most admirable sentiment, but it is hard to imagine an organization more deserving of it than the SPLC. While trading on its bygone origins fighting the Ku Klux Klan and representing indigent African-Americans, the SPLC has morphed into the bully of the town square. In addition to serving as a content censor for several Big Tech social media platforms, it made smearing mainstream conservative organizations as “hate groups” into a lucrative business.

How lucrative? Fueled in large part by its McCarthy-esqe “hate map,” the SPLC receives large donations from Silicon Valley, Hollywood and other well-heeled left-wing enclaves. The group has amassed an endowment of nearly $500 million, some of it tucked away in offshore banks. This enabled the construction of an opulent headquarters in Montgomery that earned the sarcastic nickname “the Poverty Palace.”

While the Poverty Palace attracted many idealists to its staff, they appear to have felt betrayed by the group’s descent into thuggery and profiteering. This was on display to devastating effect in an article in The New Yorker by former employee Bob Moser. He described a group that cynically manufactured a phobia against purported right-wing hate groups to trigger a flood of donations from wealthy coastal liberals. “…it was hard for many of us,” Moser wrote, “not to feel like we’d become pawns in what was, in many respects, a highly profitable scam.”

Like Tony Montana counting stacks of cash in “Scarface,” the SPLC wants to keep every dollar from its lucrative operation and ride out the scandals. Rather than go full transparency and submit itself to an independent audit, the SPLC hired friendly Obama administration apparatchik Tina Tchen to produce a report on the group’s internal troubles. Tchen will no doubt identify some flaws, prescribe some tough medicine and proclaim the patient cured, allowing the cash-counting machines to continue humming.

Unscrupulous players beyond our borders have taken note of the SPLC’s Faustian business and ideological model. The Canadian Anti-Hate Network (CAN) to our north embraces the SPLC’s tactics and has gone even further.

While the SPLC gives an obligatory denunciation of the violent Antifa movement (not much profit potential in that, apparently), CAN has sided with the paramilitary group that shuts down speakers and viciously attacks those who don’t share their uber-left ideology.

Street thugs of the Antifa movement in Canada were recently filmed intimidating an elderly woman for the crime of attending a conservative political event, calling her “Nazi scum” among other vulgarities. Once people have been deemed members of a “hate group,” per the SPLC model, such vitriol toward said people is apparently justified.

The SPLC can commission unlimited internal reports, but it will not fix the fundamental flaws in the group’s modus operandi. It may be technically legal, but profiting through the smearing and vilification of others is highly unethical. Over time it will infect the culture of the organization and further weaken our already wobbly sense of national unity. The time has come for the country to shun this group and its shameful tactics.

Dale L. Wilcox is executive director and general counsel at the Immigration Reform Law Institute, a public interest law firm working to defend the rights and interests of the American people from the negative effects of illegal migration.