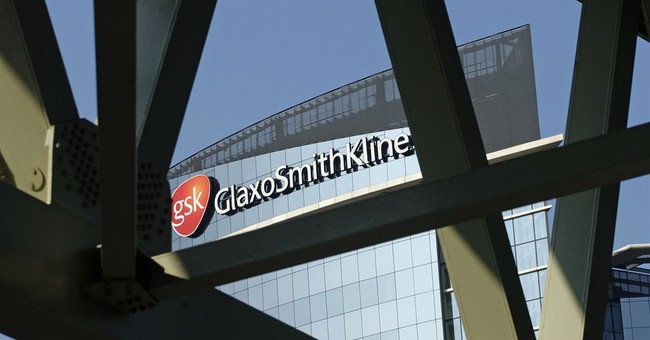 Four senior Chinese executives have been arrested in a criminal investigation against healthcare company GlaxoSmithKline, after Glaxo allegedly used extensive bribery to increase sales.  Bribes allegedly totalled $489 million, and were spent on fraudulent travel and meeting expenses, and sexual favors, to 700 companies, doctors and officials.

A separate Chinese pricing investigation could potentially cause greater harm to  pharmaceutical companies, as it did with Mead Johnson and other baby formula manufacturers earlier this month.

The stock chart is neutral and the price has not been affected by the potential $5-$10 million dollar fine. 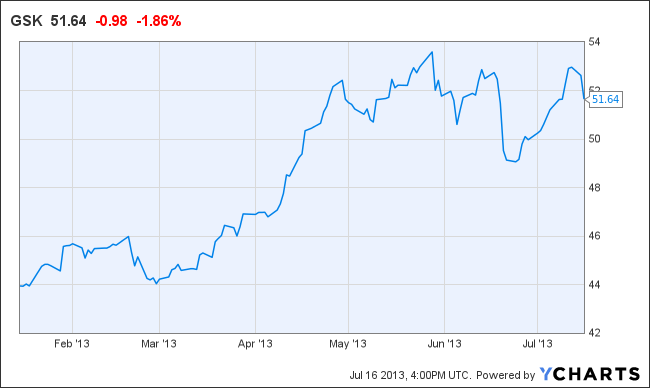 The stock has been trading between $39 and $43 for four months, and will likely remain there for the time being. 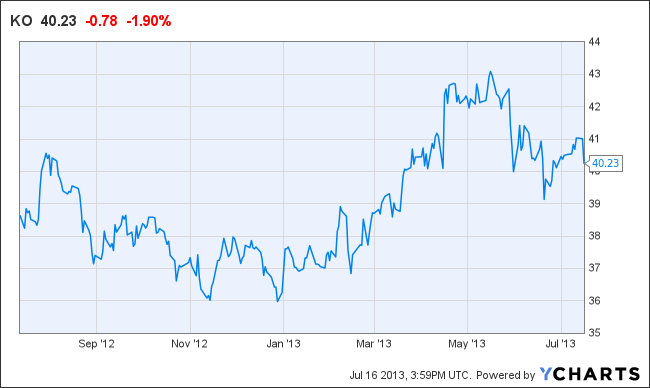 Wall Street is bullish on DreamWorks Animations’ second quarter report due out on July 31, despite weak peer group performance.  DreamWorks is the maker of the hit movie Shrek, and tomorrow’s new release Turbo.

The company lost $53 million last year, and is expected to earn 83 cents per share this year.  Anaylsts are expecting between five and forty cents per share for the quarter, which means we’ll see volatility when earnings are announced.

The stock is up 33% since we recommended it as a trading buy on March 22.  There’s price support at $24 and $22.  Shareholders should protect recent profits with stop-loss orders. 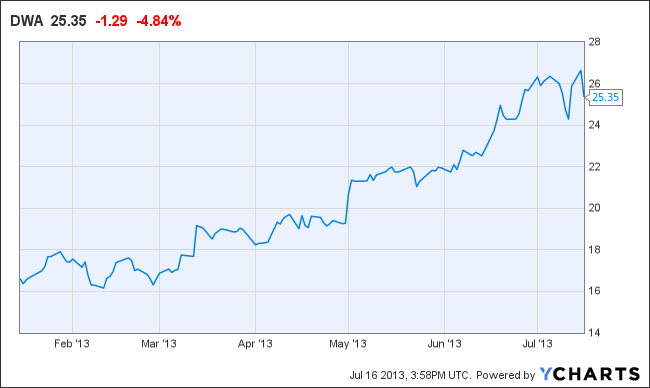