Congressman Joe Pitts
|
Posted: Jun 24, 2016 12:45 PM
Share   Tweet
The opinions expressed by columnists are their own and do not necessarily represent the views of Townhall.com. 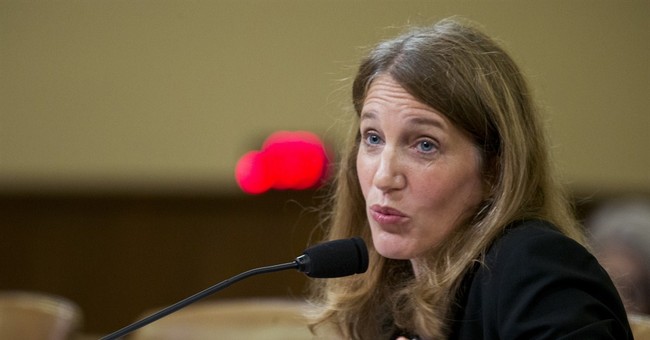 In 2004 Congress passed the Weldon amendment, which said that no state can discriminate against a healthcare entity because it refuses to participate in abortions. The language includes states discriminating against a health plan that decides not to cover abortion. If the state does, according to the amendment, it will lose its federal funding.

In August 2014, California informed its health insurers that they would no longer be allowed to offer health plans that exclude elective abortions. Insurers complied, as one might expect, and suddenly, no one in California could purchase health insurance that didn't pay for the death of an unborn child.

As a result, churches and schools filed complaints to the Department of Health and Human Services (HHS) Office for Civil Rights (OCR). As California’s action was a clear cut violation of the Weldon Amendment, one would assume that it lost its federal funding. But that's not what happened.

HHS proceeded to open an “investigation” into California’s requirement on health insurers, to determine if discrimination had occurred. Remember: the Weldon amendment says that a state cannot discriminate against a healthcare entity, including a health insurance plan, on the basis that it declines to participate in abortions, or the state will lose its federal funding.

In November 2014, I asked HHS Secretary Sylvia Burwell about the investigation into California’s clear violation. Secretary Burwell said “we take this seriously and are trying to move through that investigation as expeditiously as possible… I have asked for due speed.”

After we waited for eighteen months, HHS came back with its verdict: California may have essentially banned all health insurance plans that exclude abortion, but this doesn't qualify as discrimination because none of the health insurers had a moral or religious objection to the mandate.

The Weldon amendment has nothing to do with religiously objecting to abortion; it merely says that states cannot play favorites with plans that provide abortion over those that do not. It doesn't matter why potential discrimination victims choose or don't choose to cover abortions, it simply protects those who decide to do the latter.

HHS searched for a loophole in the Weldon amendment, so that it could allow California to continue with its pro-abortion agenda, and when it came up short, it assigned a new meaning to the law. HHS took the liberty of explaining what Congressman Weldon, the amendment’s author, really meant when he wrote the amendment. They said in their findings that he meant it to protect health insurers with a religious or moral reason to abstain from involvement in abortions. This statement is a complete inference on the part of HHS that goes well beyond the scope of any bureaucratic agency, and it is essentially an attempt to rewrite law.

Perhaps now we should look at HHS’s ruling and apply a similar inference method: what HHS said, in its ruling, is that discrimination did not occur. What HHS meant is that it agrees with California’s aggressive pro-abortion agenda, so they found a way for the state to opt out of following the law.

HHS’s finding of no discrimination is outlandish, at best. California demanded health insurers to drop plans that exclude abortions; it was clearly discriminating against abortion-free health plans. It doesn't matter what the religious beliefs were of the health insurers offering the plans-- the Weldon amendment has nothing to do with religion. In fact, the word religion never even appears in the amendment. It simply outlines that states cannot discriminate against health care entities or plans that refuse to participate in the provision of abortions, period. There is no greater discrimination than eliminating these abortion-free plans.

California indisputably violated the Weldon amendment, and HHS's Office for Civil Rights should act swiftly to label its actions as discriminatory and correct this glaring wrong.