'Old Hero' Stocks Save The Market In Time For Memorial Day

Charles Payne
|
Posted: May 28, 2021 1:37 PM
Share   Tweet
The opinions expressed by columnists are their own and do not necessarily represent the views of Townhall.com. 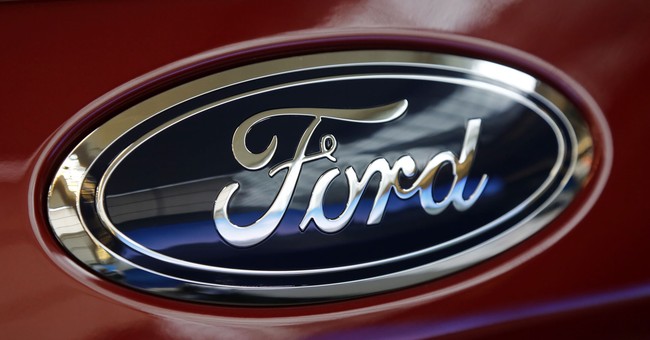 They don’t come to the rescue as often as they once did, but all of a sudden, the old heroes of the stock market are lending a hand.

Some are trying to reinvent themselves in the modern age of digital, electric, and autonomous driving, and the demand for safe air travel (actually, this was never not modern).

Looking broadly at yesterday’s session, the bigger more influential names have sagged. But these smaller sectors and names associated with economic growth and business investments were higher.  Moreover, as each side continues to talk more positively about infrastructure, Materials (XLB) and Industrials (XLI) move higher.

It was a seesaw session. But those old names buoyed by fresh hopes more than valuations led the way.  Market internals continue to improve as well, with advancers leading decliners almost 2:1 on the NYSE and NASDAQ.

Just a few days ago, I wondered what was going on with the Russell 2000, which is a great proxy for the U.S. economy. The U.S. Dollar (DXY) had been under pressure and creeping closer to a major support point. I connected the dots that a cheaper dollar could mean less purchasing power, but that might have been too myopic.

Moreover, the U.S. consumer is flushed even without ‘stimmy checks’, and the nation is reopening right before summer. Meanwhile, the Russell 2000 has held at important support. But like most major indices, it is still below resistance. The breakout will be monumental.

I never thought that this is where I'd settle down,

I thought I'd die an old man back in my hometown,

They gave me this plot of land, me and some other men, for a job well done,

There's a big white house sits on a hill just up the road,

The man inside he cried the day they brought me home,

They folded up a flag and told my mom and dad, "We're proud of your son."

And I'm proud to be on this peaceful piece of property,

I'm on sacred ground and I'm in the best of company,

I can rest in peace, I'm one of the chosen ones, I made it to Arlington

I think we all have a greater application for life. And we owe our first responders and others that took the greatest risks of keeping the nation alive - we should never forget. As we head into this weekend, we should also remember and honor those that died in the line of duty protecting us.

We took profits in Movado (MOV) in Consumer Discretionary yesterday in the Hotline Model Portfolio. It was up 12.9% vs 2.06% for the S&P500 during the same period. If you are not a current subscriber of our premium Hotline service, email Info@wstreet.com to sign up today.

Personal Income and Spending data came out this morning and there are several highlights.

Savings declined sharply, perhaps to make up from the sharp decline in incomes, as government transfer payments declined.