The Most Powerful Economic Force In The World Right Now Is...

Charles Payne
|
Posted: Feb 07, 2019 11:13 AM
Share   Tweet
The opinions expressed by columnists are their own and do not necessarily represent the views of Townhall.com. 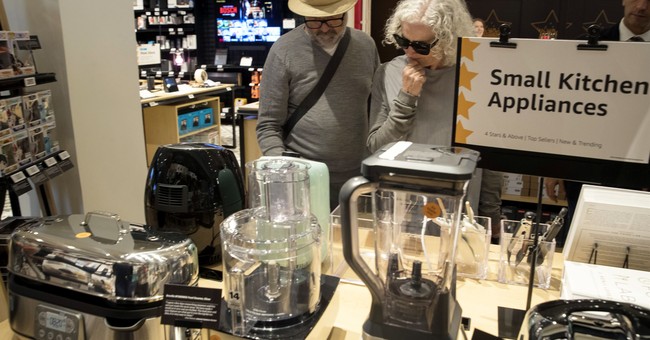 There were some half-hearted attempts to rally the market yesterday that all fell flat, but there wasn’t enough discouragement to trigger any material selling. Meanwhile, the rotation within individual sectors and throughout the S&P 500 universe continues. I pointed out that semiconductors are taking the lead, which is an observation I made several times this year, but there are other intriguing moves.

Perhaps the stock of the day was a stock that was looking as if it would endure a rough outing after posting disappointing financial results. The stock Church & Dwight (CHD) is the parent company of Arm & Hammer and many other iconic household products. Like the Arm & Hammer logo, shares of Church & Dwight flexed a serious muscle, resulting in the stock going from a potential loser to the biggest winner in the Consumer Staple sector.

This isn’t the first time during the current earnings season that a potential loser turned around in the same day (or a day or two) after reporting. It is a remarkable buy signal for sure. By the way, Arm & Hammer is a 173-year-old company, proving once again that there is something about investing in longevity that can cushion parts of your portfolio and make sleeping at night a tad easier.

By the way, anyone interested in learning how to read income statements should go to Chipotle’s investor page and open the press release. It’s laid out nicely, and it explains what happened during the quarter without any unnecessary fluff:

The company saw strong foot traffic as business fired on all cylinders. Although labor edged lower to 27.1% of sales from 27.5%, management clearly states “labor inflation” is the biggest challenge in 2019.  To that end, there are planned price increases.

The bottom line is the American consumer is the most powerful economic force in the world right now.

What Else I’m Watching

The U.S. dollar is firming up, and I’m not happy about that, because it was the number one problem for multinational corporations last year (far more than the trade war). I’d like to see the Dollar Index (DXY) pull back to 94.0.

Equity futures were down all morning but are holding up better than one would expect, considering the news out before the open.  Ironically, the market is exhibiting some resolve.

Slowing Economies or Push Back Against Modern Independence?

New growth guidance and warning from the European Commission this morning took the air out of the market, which was mostly meandering as investors digested earnings results.

The sharply lowered assumption isn’t news per se, but the numbers are a startling reminder of the long-term embedded problems on the continent.   Unfortunately, the real issues will not be resolved because it would amount to the admission that this political scheme of a United States of Europe isn’t working.

Ironically, the European Commission decided to put the blame on these lower numbers on the trade conflict, weaker emerging economies and Italy.

There is no doubt Italy has problems, and its high debt of $2.6 trillion to GDP level is a ticking time bomb.  But the European Commission is taking this opportunity to curb enthusiasm over the renegade Italian government.

The most intriguing part of the news is how the addition of the United Kingdom mitigates overall weakness for Europe.  This doesn’t jibe with news this morning from the Bank of England (BOE).

The Bank of England says the “fog of Brexit” is hurting the UK economy.

I’m sure there is some truth to that, especially of late, but the establishment used despicable scare tactics ahead of the Brexit vote and have worked ever since to derail the will of the citizens of the United Kingdom.

Note: this slowdown like weakness from the U.S. government shutdown will be made up, as mentioned by BOE President Carney “upside risks” historic resilience of UK consumers and rising wages.

BBT and SunTrust announced their $66 billion merger and the news is sending shares of both higher.

The question now is what bank(s) are next, as further industry consolidation is guaranteed.