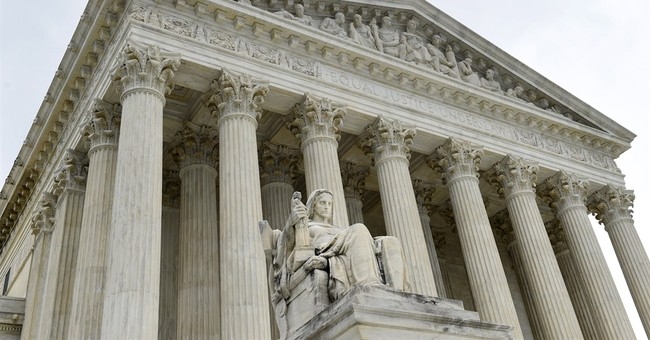 University of New Mexico Law Professor Dawinder Sidhu is waiting anxiously to see whether the Supreme Court will extend its newly created doctrine of “religious liberty” to non-Christians. That bit of anticipation is puzzling, really. Prof. Sidhu, who has “served as fellow at the Supreme Court of the United States,” wrote in the Atlantic Sept. 30:

“But the idea that Hobby Lobby creates robust protections will be credible only if the justices are willing to recognize the religious freedom of marginalized religious minorities—not just the Judeo-Christian tradition.”

In Holt v. Hobbs, a case pending this term, a Muslim prisoner argues for the right to grow a beard for religious reasons and to be exempt from a prison regulation requiring it to be shaved. Sidhu suggests that Holtshould prevail, but the case “will test whether the Roberts Court’s stance on religious freedom includes a minority faith, Islam, practiced by a disfavored member of our society: a prisoner.“

To fill in some gaps in Prof. Sidhu’s piece, I’ll point out that the First Amendment has been in effect for more than two centuries now. Hobby Lobby and Conestoga Wood Specialties were not the first cases to address a religious liberty claim. Nor have those of the “Judeo-Christian tradition” been the primary beneficiaries of Supreme Court decisions protecting religious freedom. If anything, it has been minority faiths who have been laboring the oar for religious freedom for the last two centuries, winning most of the critical religious freedom victories.

Throughout history it has been not the mainstream Christian denominations, but the Jehovah’sWitnesses, Mormons, Santeria, Amish, Seventh Day Adventists, and worshippers of the Union of the Plant who have argued and won before the Supreme Court. Specifically in the context of prisoner religious liberty claims, Wiccans and Satanists have been the vanguards of religious liberty in the Supreme Court and the direct beneficiaries of its protections. The Catholics, Baptists, and Presbyterians and others have obviously been beneficiaries of this work at the Supreme Court. But I’m aware of no significant Supreme Court free exercise victories on the merits by any Catholic plaintiff, and but a few by Protestants.

Religious liberty is the birthright of all Americans. It is good to see The Atlantic reenergized in its defense, but its readers also deserve to know that religious liberty was not a right-wing summer project to benefit majority faiths. Quite the opposite. So Prof. Sidhu shouldn’t be surprised that the very same groups who brought you those Supreme Court wins of last term are consistently advocating on behalf of the same principles this term. And he shouldn’t be surprised by a Supreme Court ruling in Holt that rightly upholds religious freedom for a Muslim prisoner.