This Is a War We Must Wage and Win 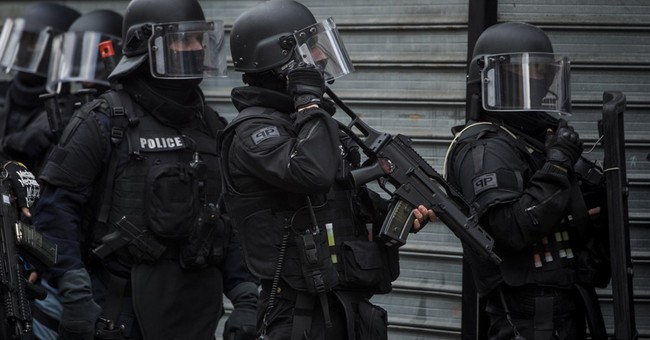 Note: This post was adapted from a speech given by Carly Fiorina the day after the terrorist attacks in Paris.

Like all of you, I am heartsick and heartbroken at the carnage in Paris. I am filled with revulsion for the terrorists who carried out these brutal attacks and the murderous Islamist extremism that fuels their violent hatred.

I am angry that, just hours before the Paris attacks began and against all the evidence, President Obama declared ISIS “contained” and took a victory lap.

No, Mrs. Clinton. No, President Obama. Climate change is not our most pressing national security challenge.

Our most pressing national security threat is radical, Islamist terrorism around the world and here at home. ISIS is an evil that must be confronted and destroyed.

They are at war with us and all we represent. And so we must wage this war and we must win. We must deny ISIS territory. We cannot permit them to train and prepare for jihad around the world.

This is not just a Europe problem. This week, five Syrians were stopped in Honduras with stolen passports as they tried to make their way to the United States. This is a crisis that has come to our front door.

For that reason, we cannot accept any Syrian refugees into our country right now. This is not because we lack compassion. We are a compassionate people. But we cannot properly vet refugees coming from Syria. The data necessary to perform effective, accurate background checks simply doesn’t exist. Our own FBI Director admitted that terrorists have slipped through the refugee vetting process before.

Worse, ISIS is becoming increasingly technologically sophisticated. They are utilizing encrypted communications that allow their recruits to disappear. They have established a 24-hour help desk to help fighters evade law enforcement.

We must protect our homeland. This is the most basic function of government. It is written in our Constitution. Unfortunately, this administration has proven utterly incapable of performing this basic function.

The fact that President Obama focuses his passion and energy on attacking Republicans with this threat staring him in the face proves once again that he doesn’t know who our real enemy is. It proves that he is a politician—not a leader.

Worse than his outrageous rhetoric is his inaction and lack of resolve. He does not understand the threat. He is delusional when he says he has a strategy to win. He does not.

The murder, mayhem, danger and tragedy we see unfolding around the world are the direct consequence of this administration’s policies.

The world is a tragic and dangerous place when we do not lead. President Obama had options in Syria three years ago and he failed to exercise them. On his watch, the number of ISIS fighters has grown from just 700 to over 20,000.

As Commander-in-Chief, I will make sure that we have the strongest military on the face of the planet and that everyone knows it.

I understand technology—and I know that it is both a tool and a weapon used by our enemies. We saw this when the Chinese hacked the Office of Personnel Management. I will work with our national security leaders to establish a consolidated command that will protect the security of all of our systems.

We must gather our allies and lead. Jordan, Kuwait, Turkey, Egypt, Saudi Arabia; the Bahrainis, the Emiratis, the Kurds – all are fighting ISIS on the ground as we speak and all have asked for support, weapons, material and intelligence-sharing from us. Mostly, this administration has said no. I will say yes.

Our nation was founded on a unique premise: that each individual life has value, that each of us has the right to fulfill our potential. Our Founders said this right comes from God and should not be taken away by government.

We need a President who will see and speak and act on the truth. She must understand how truly exceptional our nation is, and call the evil that threatens it by its name. They will not call this Islamic terrorism. I will. And I have the courage to lead.

I know what such leadership requires. I have operated around the world for decades in business, in charity and in policy. I have advised the CIA, the NSA, the Departments of Defense, State and Homeland Security.

I will recognize dangers with eyes wide open but will also embrace with open arms the enormous opportunities and amazing potential of our time.