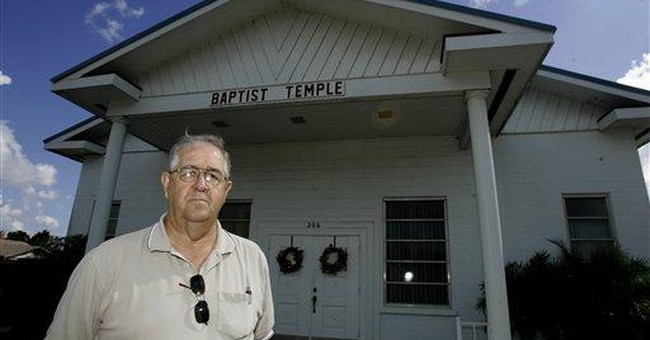 When Barack Obama takes the oath of office on Jan. 20, 2009, he will do so in the 30th anniversary year of the founding of the so-called Religious Right. Born in 1979 and midwifed by the late Rev. Jerry Falwell, the Religious Right was a reincarnation of previous religious-social movements that sought moral improvement through legislation and court rulings. Those earlier movements -- from abolition (successful) to Prohibition (unsuccessful) -- had mixed results.

Social movements that relied mainly on political power to enforce a conservative moral code weren't anywhere near as successful as those that focused on changing hearts. The four religious revivals, from the First Great Awakening in the 1730s and 1740s to the Fourth Great Awakening in the late 1960s and early '70s, which touched America and instantly transformed millions of Americans (and American culture as a result), are testimony to that.

Thirty years of trying to use government to stop abortion, preserve opposite-sex marriage, improve television and movie content and transform culture into the conservative Evangelical image has failed. The question now becomes: should conservative Christians redouble their efforts, contributing more millions to radio and TV preachers and activists, or would they be wise to try something else?

I opt for trying something else.

Too many conservative Evangelicals have put too much faith in the power of government to transform culture. The futility inherent in such misplaced faith can be demonstrated by asking these activists a simple question: Does the secular left, when it holds power, persuade conservatives to live by their standards? Of course they do not. Why, then, would conservative Evangelicals expect people who do not share their worldview and view of God to accept their beliefs when they control government?

Too many conservative Evangelicals mistake political power for influence. Politicians who struggle with imposing a moral code on themselves are unlikely to succeed in their attempts to impose it on others. What is the answer, then, for conservative Evangelicals who are rightly concerned about the corrosion of culture, the indifference to the value of human life and the living arrangements of same- and opposite-sex couples?

The answer depends on the response to another question: do conservative Evangelicals want to feel good, or do they want to adopt a strategy that actually produces results? Clearly partisan politics have not achieved their objectives. Do they think they can succeed by committing themselves to 30 more years of the same?

If results are what conservative Evangelicals want, they already have a model. It is contained in the life and commands of Jesus of Nazareth. Suppose millions of conservative Evangelicals engaged in an old and proven type of radical behavior. Suppose they followed the admonition of Jesus to "love your enemies, pray for those who persecute you, feed the hungry, clothe the naked, visit those in prison and care for widows and orphans," not as ends, as so many liberals do by using government, but as a means of demonstrating God's love for the whole person in order that people might seek Him?

Such a strategy could be more "transformational" than electing a new president, even the first president of color. But in order to succeed, such a strategy would not be led by charismatic figures, who would raise lots of money, be interviewed on Sunday talk shows, author books and make gobs of money.

God teaches in His Word that His power (if that is what conservative Evangelicals want and not their puny attempts at grabbing earthly power) is made perfect in weakness. He speaks of the tiny mustard seed, the seemingly worthless widow's mite, of taking the last place at the table and the humbling of one's self, the washing of feet and similar acts and attitudes; the still, small voice. How did conservative Evangelicals miss this and instead settle for a lesser power, which in reality is no power at all? When did they settle for an inferior "kingdom"?

Evangelicals are at a junction. They can take the path that will lead them to more futility and ineffective attempts to reform culture through government, or they can embrace the far more powerful methods outlined by the One they claim to follow. By following His example, they will decrease, but He will increase. They will get no credit, but they will see results. If conservative Evangelicals choose obscurity and seek to glorify God, they will get much of what they hope for, but can never achieve, in and through politics.