This Atlantic's Piece on China's 'Zero COVID' Policies Reminds Us They Really Are...

The Outrageous Secret About a Man in a UK COVID Wing That Led...
OPINION

Cal Thomas  |  Aug 05, 2008
The opinions expressed by columnists are their own and do not necessarily represent the views of Townhall.com.
Top Columns
Trending on Townhall Media

At the beginning of this long political season - if there ever was a beginning, since campaigns are now nonstop with only the players changing - it appeared this one might, just might, be different.

Barack Obama, the biracial candidate would be the transracial healer. He promised to seek common ground with Republicans for the betterment of the country.

John McCain, too, was the reach-out candidate with a record of working with "the other side," to the consternation of many conservatives, but to the delight of independents who, say the experts, are essential to a McCain victory.

For the doubtful, which are those of us who have observed politics for a few decades, it all seemed too good to be true. And now politics as usual has proved too true to be good. The pettiness, the tearing down and the irrelevance of the political dialogue resembles so many other distasteful presidential campaigns. Obama was the first to use the "race card," claims McCain. No, he wasn't, says Obama. McCain was. One wishes some adult would step in and say, "children, go to your rooms."

Do these guys really believe what they're saying about each other? If so, perhaps we need two different candidates.

When McCain first proposed a series of town hall meetings with no journalists, Obama said it was a good idea. But then Obama, or his handlers, apparently thought better of it. His camp has agreed only to the three scheduled fall debates, presided over by journalists, many of whom see themselves as co-equal with the candidates.

Apparently, the Obama camp thinks it can preserve its small lead in most polls by not giving McCain too many platforms. How does this conform to Obama's image of conciliation and working together?

That image is beginning to unravel. The Weekly Standard reports on Obama's "lost years" as a state legislator, noting he was the antithesis of the cross-aisle conciliator. "Obama is bipartisan so long as that means asking Republicans to take incremental steps toward his own broader goals," writes Stanley Kurtz. "When it comes to compromising with the other side, however, Obama says Œtake a hike.'"

"The real Obama? Š Fundamentally, he is a big-government redistributionist," says Kurtz, who offers examples of Obama's partisan Illinois legislative record. Included are his writings for and coverage by two Chicago publications, the Hyde Park Herald, Chicago's oldest community newspaper, and the Chicago Defender, once the nation's most influential African-American daily.

Combing through the archives of those newspapers, Kurtz concludes, "What they portray is a Barack Obama sharply at variance with the image of the post-racial, post-ideological, bipartisan, culture-war-shunning politician familiar from current media coverage and purveyed by the Obama campaign. As details of Obama's early political career emerge into the light, his associations with such radical figures as Reverend Jeremiah Wright, Father Michael Pfleger, Reverend James Meeks, Bill Ayers, and Bernardine Dohrn look less like peculiar instances of personal misjudgment and more like intentional political partnerships. At his core, in other words, the politician chronicled here is profoundly race-conscious, exceedingly liberal, free-spending even in the face of looming state budget deficits, and partisan. Elected president, this man would presumably shift the country sharply to the left on all the key issues of the day, culture-war issues included. It's no wonder Obama has passed over his Springfield years in relative silence."

Now there is substance worthy of debate. How does Obama's liberalism apply to energy, fighting terrorism, the economy, taxes, spending, health care and the proper role of government? And given Obama's past history of refusing to compromise on anything important, why should voters accept his "makeover"?

As for McCain, who does have a record of compromising, on what issues would he hold fast and never compromise?

These are important questions that ought to be at the center of the presidential contest. Unfortunately, they have been replaced with the silly, irrelevant and juvenile. This is not what the public was promised. 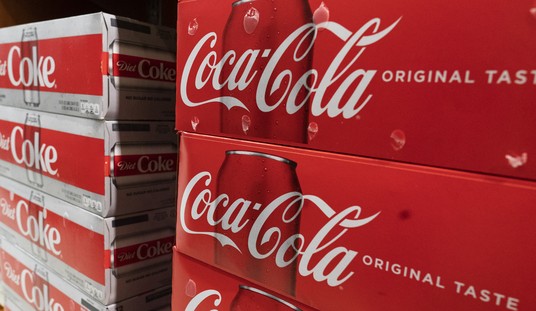