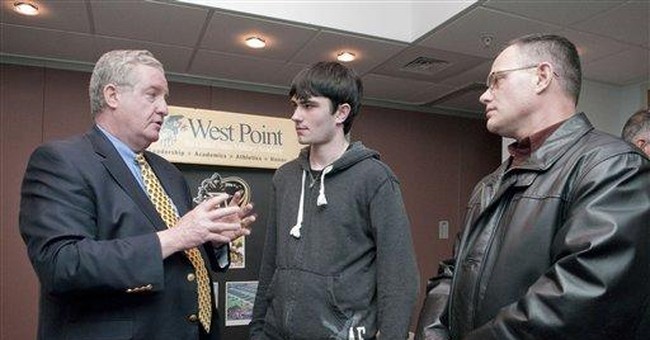 When I originally wrote about Joe Donnelly and the race in Indiana’s second district, I mentioned that Donnelly is a rubber-stamp for Pelosi and that he supported her more than his constituents.  Things haven’t changed much since then except that voters in his district have become steadily more disenfranchised by Donnelly’s reckless behavior in congress.

Republican Jackie Walorski has been running a solid campaign this cycle, so much so that Donnelly has spent the last several weeks dodging questions about how closely he is tied to his party’s leader, Speaker Nancy Pelosi.  He ran even ran an ad trying to show that he distances himself from the Democrat leadership, despite the fact that he votes with them over 88% of the time.  When asked if he would vote for Pelosi to be speaker again if he had the chance, he wouldn’t rule it out.  That’s a bit of a contradiction from someone who’s trying to save his political skin by running away from the Speaker and President.

At the end of the day, Joe Donnelly has recently made a lot of claims that conflict with reality: that he’s pro-life, pro-jobs, and independent.  So why has he supported taxpayer-funded abortions, a failed stimulus that has caused unemployment in Indiana to increase, and Nancy Pelosi?  I guess it’s just another puzzle.

2010 Race of the Day: The Battle for Notre Dame

Indiana’s Second Congressional District may be best known as the home of the University of Notre Dame, but this fall it will be host to one of the most hotly contested Congressional races in the country: the battle between “one-woman SWAT team” Jackie Walorski and Democrat Joe Donnelly.

Donnelly first went to Washington in 2006 by defeating Republican Rep. Chris Chocola and won re-election by riding Barack Obama’s coattails in 2008. Unlike the past two election cycles, Donnelly faces an electorate that is fed up with what his party is doing in Washington. While Donnelly has been busy rubber-stamping Pelosi’s reckless, job-killing agenda in Washington, Hoosiers here in north central Indiana have been left struggling with the consequences. Making matters worse for Donnelly is the fact that the Obama Administration made the decision that the U.S. military would no longer purchase the AM General Humvee, which is manufactured in the district.

Stepping up to the plate to take down Donnelly is state Rep. Jackie Walorksi. She learned the value of public service early in life from her father, a South Bend, IN firefighter, and has worn many hats: television reporter, fundraiser for local colleges, businesswoman, and member of Indiana General Assembly. Walorski has fought for balanced budgets and fiscal responsibility, two ideas that Washington sorely lacks.

Walorski is among the few candidates who have reached “Young Gun” status, the top tier of the NRCC’s three-level Young Guns candidate development program. With more than $300,000 in fundraising and a convincing win in a four-candidate Republican primary, the momentum of Jackie Walorski’s campaign proves that Hoosiers are fed up with Donnelly’s support for a reckless Democrat agenda that borrows too much, spends too much and taxes too much.

Indiana’s Second Congressional District stretches from the shores of Lake Michigan westward to South Bend and Mishawaka to Elkhart and south to Kokomo. In 2004, George W. Bush carried the Second District with 56% of the votes, while Barack Obama won in 2008 with 54%. The Cook Partisan Voting Index for the district is R+2.