U.S. Settlement with Fraudster Highlights Need to Get Tough on Government Contracts

Brian McNicoll
|
Posted: Jun 20, 2017 12:01 AM
Share   Tweet
The opinions expressed by columnists are their own and do not necessarily represent the views of Townhall.com. 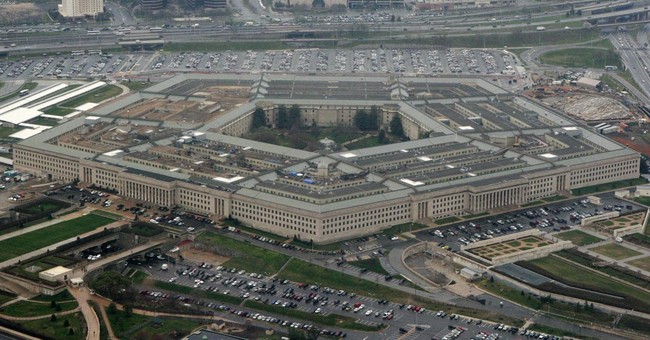 We’ve never had a president before who knew more about contracts and how to tell whether contractors lived up to their obligations than Donald Trump. But still we get this.

Last month, Agility Public Warehousing Co, a Kuwait-based supplier of the Department of Defense, settled a seven year-long criminal fraud case last month in which the U.S. government agreed to lift its prohibition on Agility’s ability to bid on new contracts. Agility, founded in 1979 by the Kuwaiti government, went private in 1997 and today has $4 billion in annual revenues, 22,000 employees worldwide and listings on most all Middle Eastern stock markets.

The federal grand jury indictment of Agility in November 2009 accused it of “committing major fraud against the United States, making false statements, submitting false claims, and wire fraud” under an $8.5 billion contract with the Defense Logistics Agency.

“The Pentagon’s Defense Criminal Investigative Service will aggressively pursue any and all allegations of fraud and abuse perpetrated on the U.S. Department of Defense,” the FBI stated in a press release at the time of the indictment.

It didn’t turn out that way. Rather than the get-tough-on-fraud message the agency attempted to send, this week’s verdict tells vendors if they bide their time and keep the government in court long enough fending off mountains of motions the government eventually will get tired of fighting and cave in.

Agility’s job for the Department of Defense was to provide meals to troops. The company said it served 1 million meals per day at its peak and ran more than 200 trucks per day to the 86 dining facilities. Agility said it hit 99 percent on “fill rate” and inventory accuracy and that its services eliminated the need for 3,000-5,000 U.S. military personnel in the theater and saved the government $12 million in waste.

But an investigation that involved attorneys poring over more than 200,000 invoices the company had submitted to the Defense Logistics Agency found a pattern of deceit that those in Europe, Pakistan and elsewhere who have had disputes with the firm would recognize.

Then, for seven years, Agility clogged up the works every way it could. It filed motions. It brought related litigation against the Defense Logistics Agency in other forums. It took advantage of every potential delay to forestall the verdict.

When the dispute finally ended last month after seven years, Agility agreed to plead guilty to one misdemeanor for submitting one incorrect invoice claiming a mere $551 and pay a civil fine of slightly more than 1 percent of the total U.S. taxpayer dollars. Most importantly, the agreement, which Agility called a reflection of its “transparency and responsibility” allows the firm to bid on U.S. Department of Defense contracts for the first time since 2009.

President Trump made his name as a great negotiator, particularly with contractors. Now, the government is agreeing to a weak-tea plea deal with a foreign contractor that has defrauded American taxpayers of millions of dollars.

What they see so far is a president who understands contractors and contracting like few if any of his predecessors. They see a president who has made deals all over the world with all kinds of partners. But they see a mere slap on the wrist for a firm that defrauded the United States and a return to allowing that firm to seek contracts.

To make matters worse, the U.S. prohibition on using contractors who have defrauded the government doesn’t apply to international organizations, so U.S. taxpayers could still be paying for fraudulent contractors used by the United Nations.

At least two members of Congress have called on the Government Accountability Office to evaluate the risk to American taxpayers of the UN granting contracts to prohibited fraudsters, but the GAO thus far has shied away. This leaves U.S. taxpayers at risk that their money, funneled through the United Nations, could go to companies that should not be eligible for government contracts.

The U.S. had the chance to send a message to the foreign contracting services that work with our troops overseas that fraud and abuse are unacceptable and stall-and-delay legal tactics foreign corporations use to waste the government’s time and resources would not be tolerated.

President Trump is the perfect person to fix this with his experience in the private sector, particularly with contracting and logistics services. He missed an opportunity here. Let’s hope he’s better prepared the next time around.