Brent Bozell and Tim Graham  |  Nov 13, 2019
The opinions expressed by columnists are their own and do not necessarily represent the views of Townhall.com.
Top Columns
Trending on Townhall Media 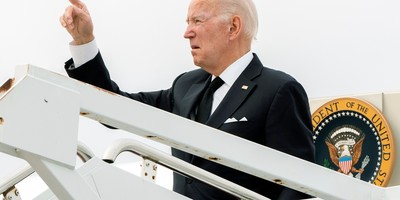 As the Democrats gear up for their impeachment hearings and the networks all prepare to preempt their regular programming to help the Democrats ruin President Donald Trump, there is one thing we know. The networks are always and forever going to try and beat this president senseless with negative coverage.

It's out of control.

The latest study by the Media Research Center's Rich Noyes finds that during the six weeks since House Speaker Nancy Pelosi announced the inquiry (Sept. 24 through Nov. 5), "the ABC, CBS and NBC evening newscasts churned out 398 minutes of coverage to the Ukraine scandal." Important, yes, but it's "more than three-fifths of all administration news during this period." It neatly resembles their fiendish obsession with their last "fake news" chapter: Trump and Russia.

The negativity is both bombastic and shameless. On Oct. 29, "CBS Evening News" anchor Norah O'Donnell touted "bombshell impeachment testimony" in her opening tease and then turned to the first report. "We're going to begin with that damning impeachment testimony today from a key witness," she said. The same night, NBC chief White House correspondent Hallie Jackson also enthusiastically promoted "bombshell testimony" from "a firsthand witness to the explosive conversation that ignited the impeachment inquiry."

This allegedly dynamite testimony was behind closed doors, and there was no audio or video, but the networks sold it anyway.

The Media Research Center also reports that Joe Biden bizarrely received the best press of his campaign (71% positive), as reporters robotically repeated the mantra that "there is no evidence of any wrongdoing" by Biden or his profiteering son Hunter Biden in Ukraine. Trump bad, Bidens good.

And they have no interest in pursuing the one question Republicans keep asking: What did Hunter Biden do in return for 50 grand per month?

These networks can't find time for any good news for this president, or for the country. Despite a 50-year low in the unemployment rate and record stock market highs, Trump's handling of the economy was almost completely squashed. Facts about the booming economy drew just 4 minutes and 6 seconds of coverage during these six weeks. That's less than 1 percent of all news on the Trump administration.

Here's the one that puts everything in its proper perspective. ISIS leader Abu Bakr al-Baghdadi was the world's most dangerous terrorist -- was. The U.S. commander in chief took him out. How did the media cover his role in it? The tone was 67% negative! They criticized him for anything they could find, from his refusal to brief congressional leaders to his swaggering commentary on how this foul terrorist died disgracefully by blowing himself up.

So, let's repeat. The economy is going gangbusters. We beheaded the leadership of ISIS. And President Trump's overall evening-news coverage was 96% negative. How can they look into the teleprompters with a straight face?